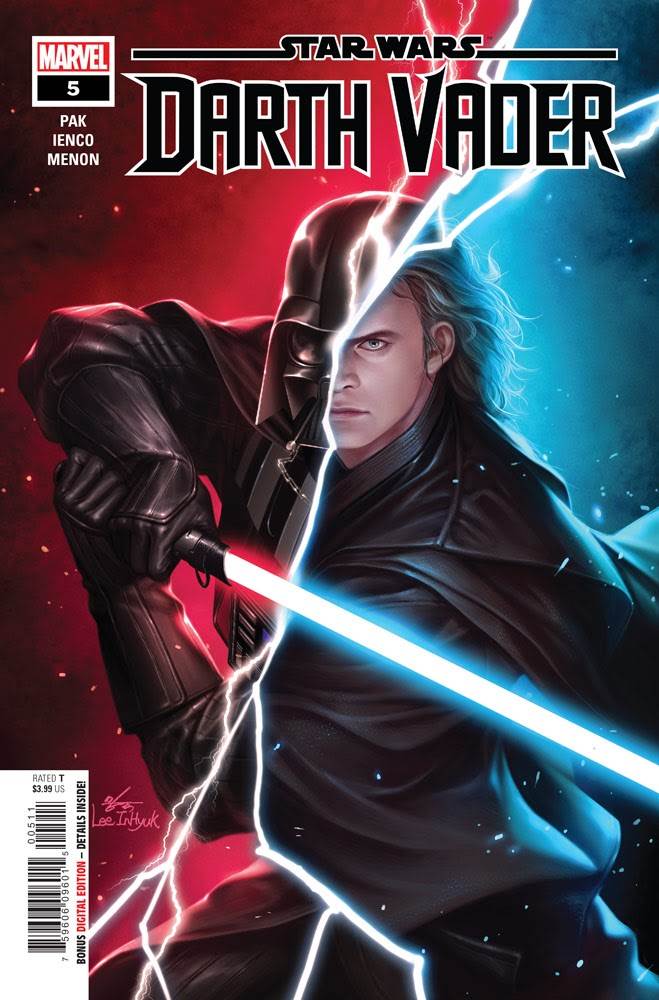 The Sith Lord formerly known as Anakin Skywalker’s quest for the truth about Padme Amidala’s death nears its climax in Star Wars: Darth Vader #5, which hit store shelves today from Marvel Comics. Still on Naboo, Vader visits his deceased wife’s crypt and (with the help of hapless forensic droid ZED-6-7) finds a medical implant that sends him to the next location on his mission: the asteroid field of Polis Massa, where Padmé famously gave birth to the twins Luke and Leia in Star Wars: Episode III – Revenge of the Sith.

Along the way, Vader must continue to deal with the highly confrontational Amidalans– a group of Naboo loyalists who have pledged to bring Padmé’s murderer to justice, and they’ve decided Vader must have been that murderer. They’re sort of right, of course, but for the wrong reasons (they also believe Anakin was betrayed and killed by Vader, much like Obi-Wan told Luke in the original Star Wars film) and they accompany the Dark Lord to Polis Massa on uneasy terms. 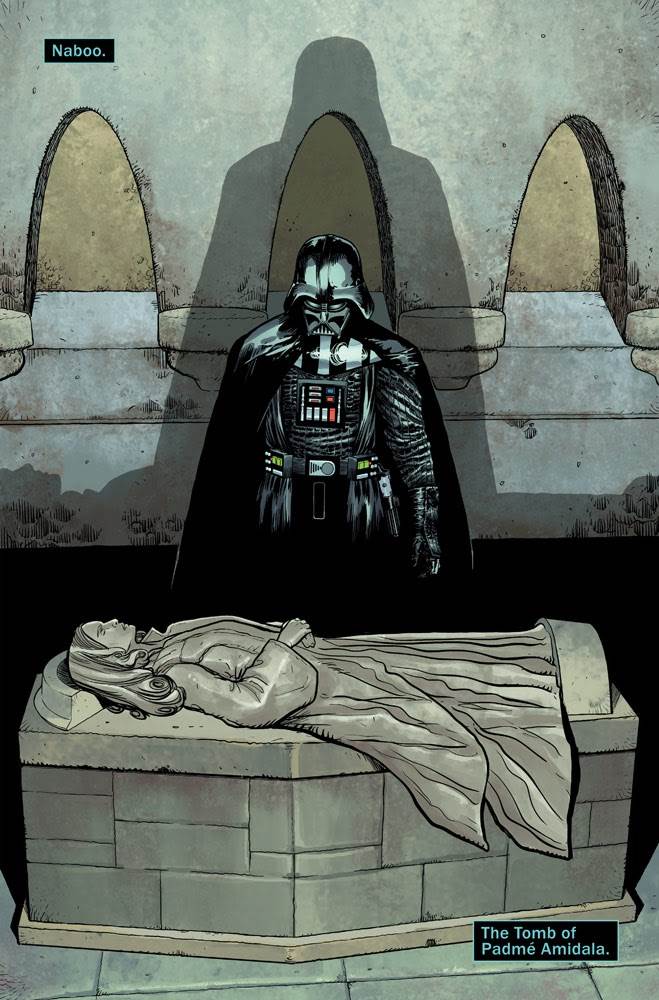 Thanks to the vibrant art by Raffaele Ienco, Vader is still getting vivid red-tinted flashbacks to the prequel trilogy and the events leading up to Padmé’s death, and this keeps happening throughout his investigation of the former rebel base where he and ZED come upon the particulars of that fateful event– from Obi-Wan’s ship landing with Padmé and two droids all the way through to the moments after the birth (though obviously he doesn’t see that there are two babies- and doesn’t find out about Leia’s heritage until he reads Luke’s thoughts in Return of the Jedi). 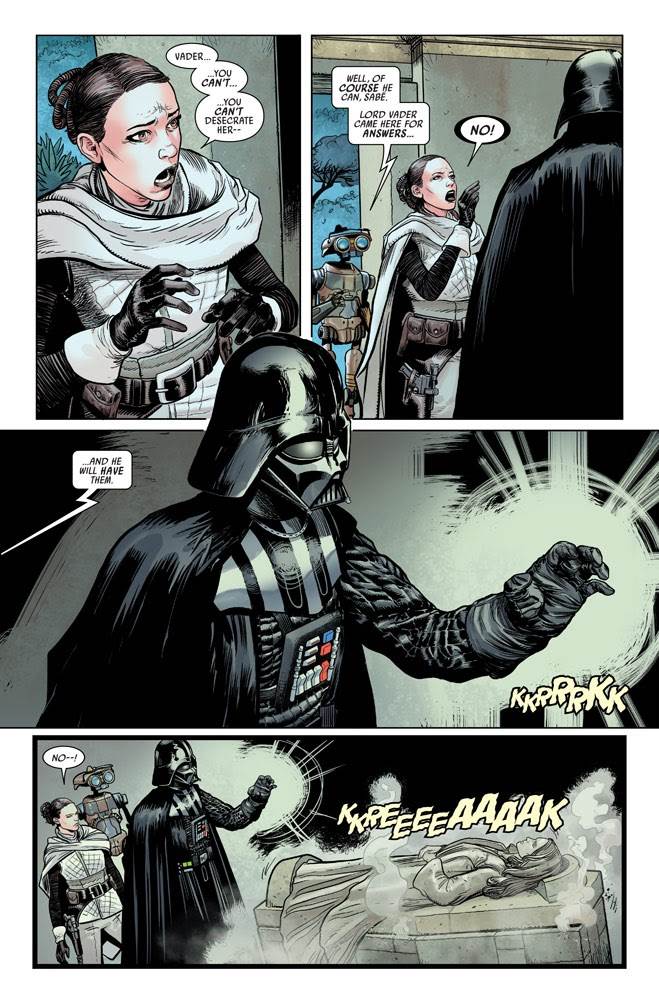 This issue features a great big battle in its middle section depicting a showdown between Vader, his Death Troopers, and the Amidalans, but I don’t want to spoil the outcome in this review. There are also more than a couple gasp-worthy moments (in-between even more flashbacks and red-hued visions) and a cliffhanger ending that sets up next month’s final installment of this arc. All told, I’m really excited by what writer Greg Pak has done with Darth Vader’s story between the events of The Empire Strikes Back and Return of the Jedi. After reading this issue, I think fans (like me) are going to have a lot of questions about the fates of certain characters– questions that may or may not be answered in October.