Described as “Disney meets Goosebumps”, the series sees famous Disney Villains terrorizing new characters in new ways. The books are targeted towards readers in grades 3-7, though they are inspired by various chilling influences, including the Brothers Grimm stories and even the works of authors such as Anne Rice and Stephen King. 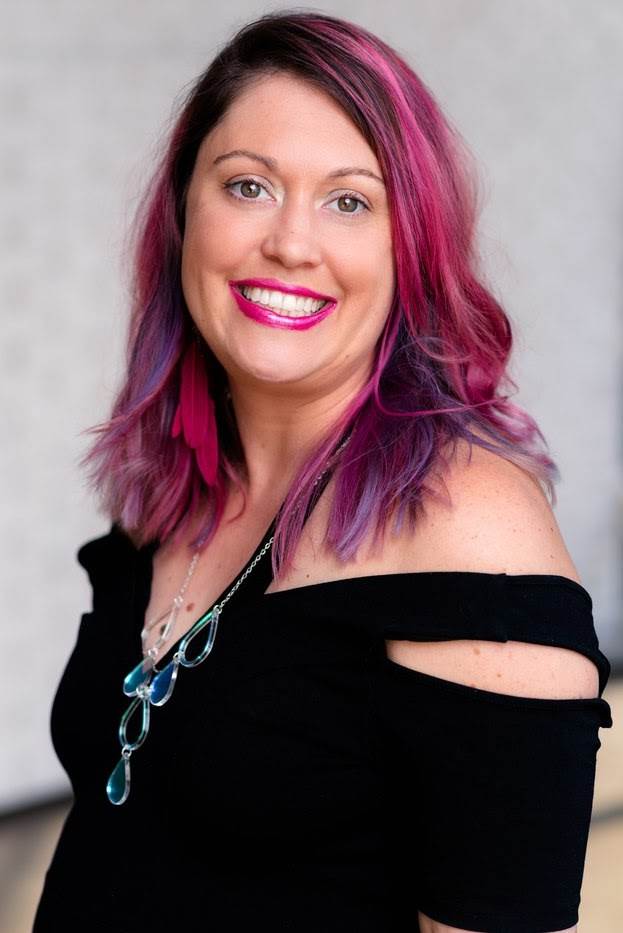 I was lucky enough to celebrate the release of Book 1, Part of Your Nightmare, with author Jennifer Brody aka Vera Strange with this interview back in July. Now the series is back to haunt us – just in time for Halloween – with Book 2, Fiends on the Other Side, which is set for release on October 6.

I was delighted to catch up with Jennifer again to dig deep, sans spoilers, and discuss a little about what readers can expect from Book 2.

Jess Salafia Ward: Jennifer, thanks for chatting with us here at Laughing Place!

Jennifer Brody: Ya’ll rock! Thanks for having me.

JSW: You shared some of your background and how the Disney Chills series came to be with me when you and I spoke back in July. What has been happening in the World of Vera Strange since then?

JB: So much exciting news! It’s been a blast to get these books into readers’ hands and have such a positive response. I can’t wait for Fiends to drop… The first two books are out in the UK—France is next. Meanwhile, I’m holed up in my writing cave drafting the fifth book in the series (villain T.B.A.). Might be my fave so far…

JSW: How did you celebrate the release of Book 1, Part of Your Nightmare, earlier this year, and how will the upcoming celebrations for Book 2, Fiends on the Other Side, differ, if at all?

JB: Well, these are unusual times to say the least! I did a virtual Instagram signing at Dark Delicacies in LA, this amazing book store that specializes in horror. I’ve also don’t a lot of interviews and podcast tapings, plus some virtual panels. I can’t wait to get back to in-person signings and events, but better to be safe, of course.

JSW: Tell us a little bit about what readers can expect in Fiends on the Other Side.

JB: More nightmares! Lots of chills! Plus, some super fun Disney Easter eggs referencing the original movie—and Dr. Facilier is a blast. Don’t mess with the Shadow Man. I’m glad it’s coming just in time for Halloween and spooky season. Hopefully, the story of Jamal and his brother Malik will resonate and pull your heartstrings, too.

JSW: I have to say upfront: the endings of these books always leave me alarmed. You certainly stray far away from traditional Disney happy endings. At what part of the writing process do these unnerving finales materialize? Is it linear or do they sort of catch you by surprise at random points in the story?

JB: Yup, for Disney Chills I take pleasure in crafting “unhappily ever after.” I’m so glad Disney has been so supportive of making these books genuinely chilling. When I break a story, I always know the ending. I pitch my editor with it from the beginning stages. So, well before I draft the books. In fact, to a certain degree, I build the stories around the endings so they play properly. And they’re always thematic to the story.

JSW: Fiends on the Other Side is set in New Orleans. Have you ever been to New Orleans?

JB: I want to visit so badly—but every time I’ve tried, I’ve had to cancel the trip. First it was because of Hurricane Katrina, then I was supposed to visit this spring and hang with my friend, but of course, COVID shut everything down. I still would love to visit and enjoy the city. I guess, getting to write about it was the second best option.

JSW: Who doesn’t love New Orleans? (Alright, I am biased because I live there.) What are your favorite parts of one of America’s most unique cities?

JB: I’m a total foodie, so food tourism is top of my list. New Orleans has very unique cuisine. I also love cocktails, so they’ve got that covered, too. I’m a big jazz fan and they have Jazz Fest and amazing music. Plus, the architecture and history of the city are super intriguing. I guess, everything!

JSW: Fiends is wonderfully immersive. Not only do we read about famous dishes like Gumbo and Jambalaya; and imagine passing by the Garden District and through the French Quarter, but Jamal has to contend with an oncoming hurricane. All highly relevant to the story’s setting. Tell us about what sort of research went into Book 2.

JB: Like I mentioned, I’ve long been intrigued by New Orleans and wanted to visit. The city is so iconic in the Disney movie that I knew I had to capture that same essence for this book to work. It’s one of the things I loved the most about the original movie. But I also wanted to update the vibe, and I’d be remiss not to factor in the impact hurricanes and Climate Change are having on New Orleans. It felt important to make it topical. I was actually born in St. Croix in the Virgin Islands, so I’m very familiar with that feeling of hurricanes threatening your home and how ominous hurricane season feels. 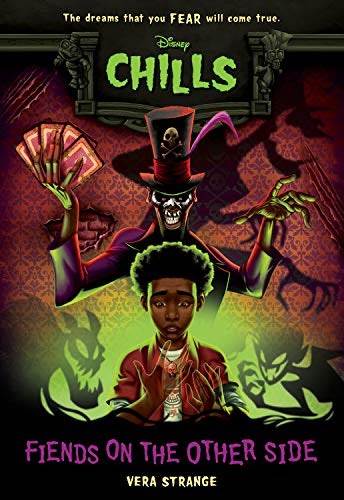 JSW: It is impossible not to empathize with Jamal. He gets bullied and even his parents seem more interested in his brother’s stories. Was it important to you that readers like, or can at least empathize at times with, Jamal?

JB: With all these stories, I try to create fully fleshed out, relatable characters, so even when they make bad choices, you empathize with their situation. Feeling literally overshadowed by a sibling is a super common situation. But I also wanted to humanize Malik as well and show the complex dynamics that animate sibling relationships. Despite their differences, there’s still a deep friendship and love between the brothers.

JSW: You mentioned last time we spoke that you grew up with two younger brothers. Were they anything like Jamal and Malik (or did you successfully mediate any differences between them before the Shadow Man had an opportunity to get involved)?

JB: Everyone is unique—and so is every character! I don’t exactly base them on anyone in particular. Luckily, I’ve never made a deal with the Shadow Man. However, having two brothers taught me how sibling relationships work. They might drive you completely crazy, but you still love them and would do anything to help them if they were in trouble. I love writing all kinds of siblings into my books.

JSW: The friendships in your stories – Shelly and Enrique in Book 1, and now Jamal and Riley (and even Jamal and Malik, to some extent) in Book 2 – always hold a special place in my mind when I reflect back on them. How do you get the balance right between igniting fear in readers, but also giving them some reprieve with meaningful friendships and connections?

JB: Readers read for character—so I work really hard to give real moments of depth to the relationships in the stories. I want you super invested and to care about these characters as much I do when I write them. It also intensifies the horror when you care about what happens to them. I take pride in not just telling surface stories; I’m really trying to dig deep into them and write something meaningful that you’ll remember.

JSW: Dr. Facilier has to be one of the most terrifying Disney Villains. Something about him giving you a choice and yet you still end up getting mixed up with his friends on the other side. Spooky, self-inflicted stuff. What were your first thoughts about Dr. Facilier after first seeing The Princess and the Frog?

JB: I think he’s one of the greatest—if not the greatest—of the modern Disney villains. I love villains with personality, too. And he’s definitely got that! He was my favorite part of the Disney movie by far. I was thrilled to get to write him.

JSW: You do a great job with character consistency in your books. How many times do you watch the source films to get your version of the famous Disney Villain just right? Especially the voices, phrases and quirks. It is impressive when the reader can practically hear the same Disney voice actor (in this case, Keith David as Dr. Facilier) executing the lines written in your books.

JB: Usually, I watch it once when I’m breaking the story, then again just clips of my character before I write theri first scenes. It’s like an impression. I make notes on their catchphrase and how they speak, and strive to capture that cadence on the page, even as I’m writing new stories for them and new scenes. Disney wiki is a great help, too. Writing them and adding to the Disney canon is one of the best parts of this gig.

JSW: Without spoilers, can you tell us what your favorite chapter, scene or moment is in Fiends on the Other Side?

JB: I loved writing the bayou set pieces—which are iconic to the original film, too. It’s such a magical and wild setting. I really tried to dig into it and capture it.

JSW: What part of Fiends was the hardest or most challenging to write and why?

JB: I’d say actually the relationship between Jamal and Malik. I wanted to really capture that sibling dynamic and add layers to it and turn how they see each other. That kind of subtle character writing takes a lot of finesse. Hopefully, it works! 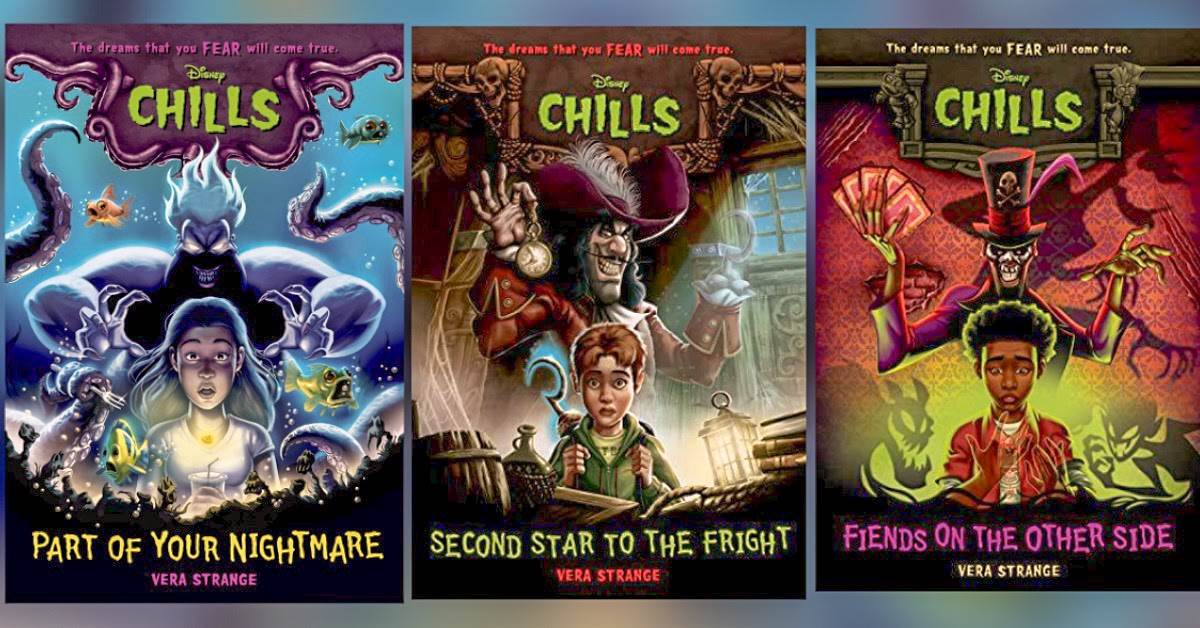 JSW: Does writing these Disney Chills books get easier with each new story or do they all throw a few curveballs here and there because they are entirely different stories?

JB: Every book is different, just like every film. So, it is a challenge to break fresh stories every single time. However, that’s also part of the fun of the series. Though, down the road, if Disney keeps the series running, it would be fun to do double villain stories where they crossover to work together. Also, however, now that I have the tone and know the way these books work, they get more fun and interesting to write, too.

JSW: Besides nightmares, what do you hope readers get out of Book 2?

JB: The Shadow Man! Fiends from the Other Side! I love creepy doll stuff. Plus, I hope they fall in love with the characters of Jamal, Malik and Riley. And our great city of New Orleans.

Disney Chills: Fiends on the Other Side is now available for pre-order.