It’s May 5, 1961 and John Glenn (Patrick J. Adams) and Alan Shephard (Jake McDorman) are alone preparing for Alan Shepard’s launch into space. Sitting down to a special meal, the conversation reveals there is tension between the two. Shepard states plainly that he and Glenn are not friends. 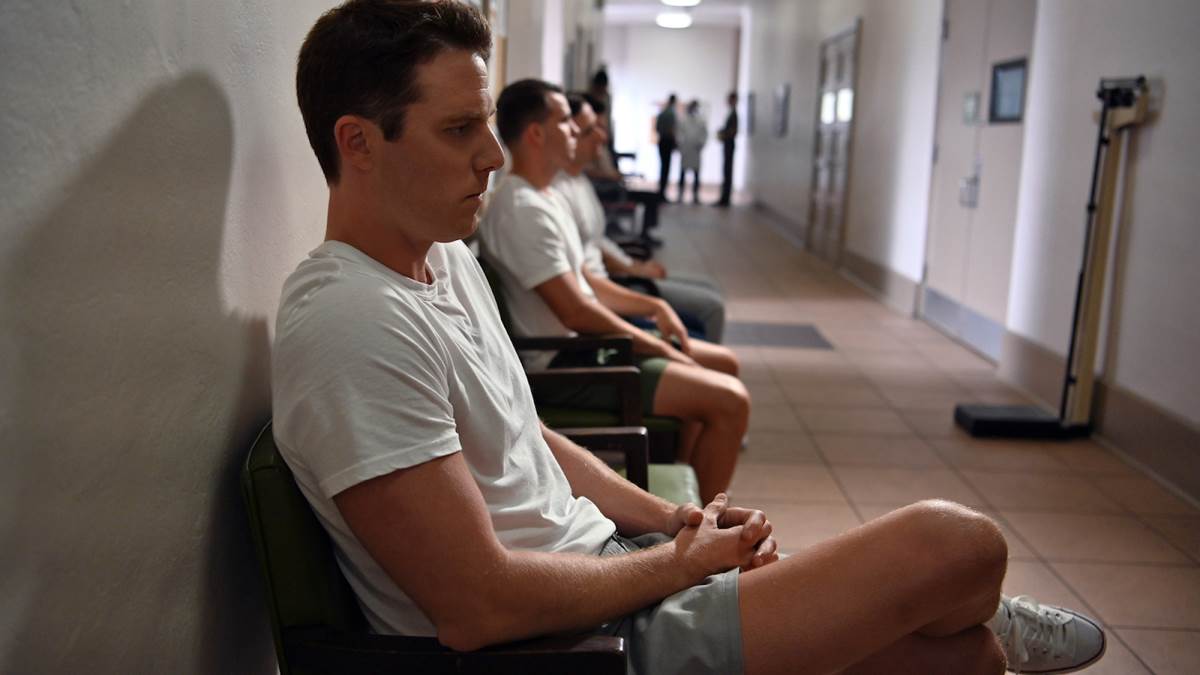 The show rewinds two years to a bar with Gordon Cooper (Colin O’Donoghue) who is drinking heavily with friends. He wakes up at home alone, to find his hand is bleeding, and he needs to get to his base for a flight. Cooper, an Air Force test pilot is rocketing around in the sky with his friend Cal, only to watch him die in a crash.

As Cooper is mourning his friend, NASA is just beginning in an empty one room office with two employees. Led by Bob Gilruth, (Patrick Fishchler) NASA begins its search for the best test pilots in the country to lead their first space mission.

John Glenn is introduced wondering what his next phase in life will be. The test pilot has gained fame but wants more. He wants to be the first person in space. To Glenn it's not about the glory, but about making history.

Alan Shepard is alone with a one-night stand when he admits his true character, though masking it as a general attitude of all pilots. To Shepard, pilots aren’t modest, at least not the good ones.

After meeting three of the main characters for the story, the action shifts to Langley, Virginia. One hundred eight recruits are all willing to endure every test to make it into the new space program. Those one hundred eight are whittled down to thirty-two that get invited to the Lovelace Institute for a battery of medical exams. Those thirty-two, become seven: Alan Shepard, John Glenn, Gordon Cooper, Wally Shirra, Donald ‘Deke” Slayton, Scott Carpenter, and Gus Grissom.

We see a snapshot of life at home for the Mercury Seven. While Annie Glenn, (Nora Zehetner) supports her husband on his quest as do many of the other wives, Gordon Cooper has a problem. His wife Trudy (Elosie Mumford) has left him. Desperate to fix his marriage, he pleads with Trudy to come back, so that he can secure his spot in the Mercury Seven. The space program is looking for the perfect role models, and Cooper knows that he would be kicked out if Trudy divorced him.

The Mercury Seven are introduced to the world via a press conference, and life will never be the same.

America meets its Mercury Seven team with the seven men attending a national press conference that will introduce them to the world. These men are going to be what America uses to challenge the Russians for space supremacy. Six of the seven are very awkward during the media spotlight. It is John Glenn who shines and charms the reporters. While Mercury Seven are meeting reporters, their wives are about to meet the media frenzy that will consume their lives. 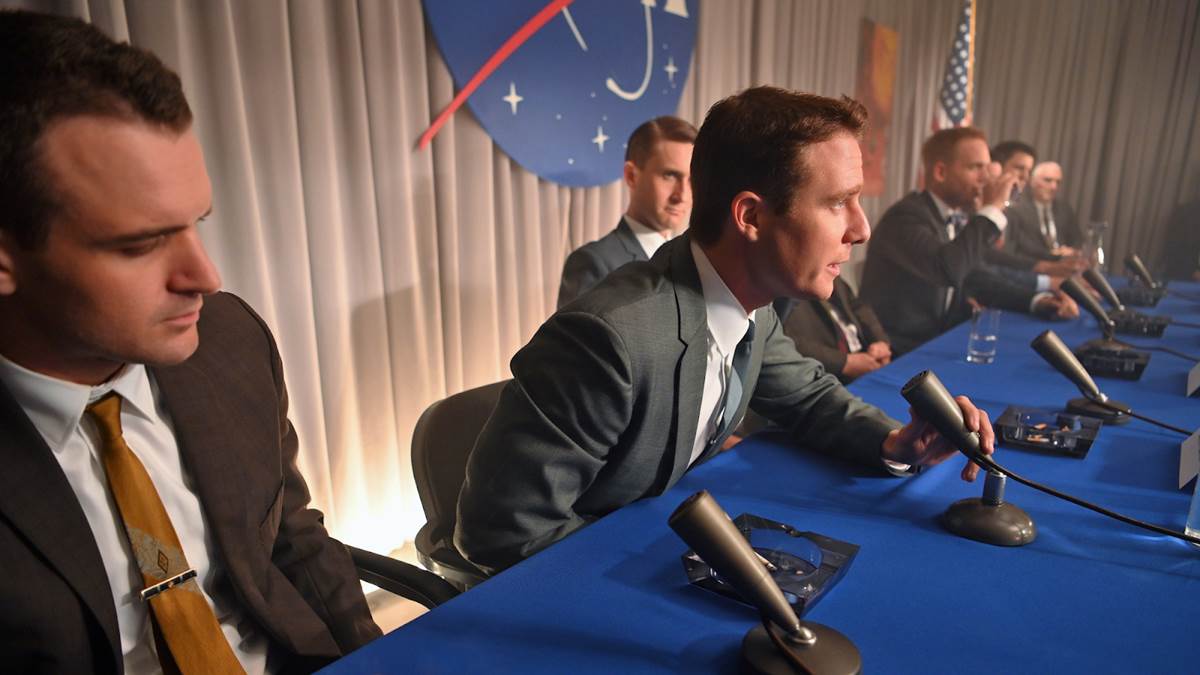 Louise Shepard (Shannon Lucio) watches the press conference on television and then receives a phone call from a friend, wondering what is happening at her house. Looking out the front door, Louise sees a flock of reporters descending on her home for comment about her husband.

The Mercury Seven are sent out on a public relations tour across the country to win the hearts and minds of the American people. Their journey takes them all over the nation looking to shore up support for the space program, and to ensure that lawmakers vote in favor of funding NASA. For everyone but John Glenn this is a difficult task. Glenn shines in this role. He becomes the unofficial leader of the group and is always willing to do media events and has the perfect answer for reporters.

Back at home the media’s scrutiny of the Mercury Seven becomes a strain for many couples. A timely intervention by Glenn keeps the Grissom’s from arguing in the presence of a reporter. Gordon Cooper punches another reporter who asks about a former girlfriend which leads the Cooper’s to the Glenn household for help.

While Glenn takes Cooper under his wing and tries to help guide him in this media free for all that their life has become, Annie does her best to offer advice to Trudy and how to deal with the public attention they are experiencing.

The media scrutiny has become unbearable for the families and with the actions of Glenn, Life Magazine is brought in and given the exclusive story rights to the astronauts. That means the Mercury Seven only speak with Life and the magazine will write their story how the astronauts and families want it portrayed. This comes with a cash payout that is going to benefit all the families.

The episode concludes with the Mercury Seven flying to Florida where they learn how ill prepared NASA is for their arrival. When the men see the dilapidated conditions of their bunks, Shepard leads the crew to the local Hotel Starlite, where the astronauts will live in some luxury. Shepard also brokers a deal with a local car company to provide any vehicle to the Mercury Seven for only a dollar while they are in Florida.