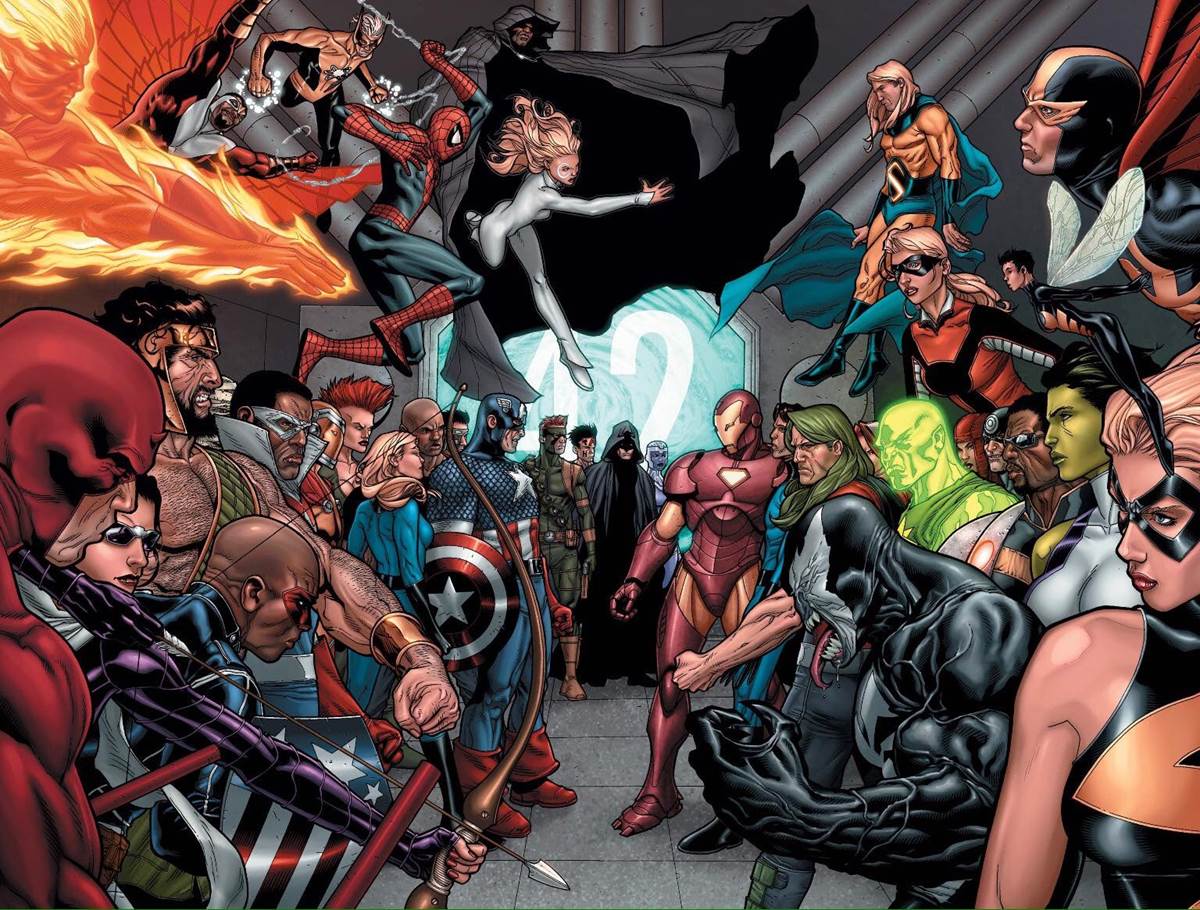 Let me start by explaining that this panel has been the background on my laptop for roughly the last 10 years. And this is one that plays with the rules of what a panel is a bit, as it was really two full pages in the actual comics. If you’re reading on Marvel Unlimited however, it appears as one panel, so I decided it counts and I’m making up the rules as I go so here’s our first panel.

This panel is so great because it encapsulates the scale and the importance of Marvel’s “Civil War.” Captain America and Iron Man lead their squads into their final climactic battle in front of the ethically questionable Project 42 prison built by Reed Richards.

Tony is backed by the Avengers and his army of nanite-controlled supervillains. Cap is backed by his secret avengers and the fugitive heroes he and his team just sprung from Project 42. They share this iconic staredown just before the final issue of this incredible story. It’s the beginning of the end for the Marvel universe as we knew it. 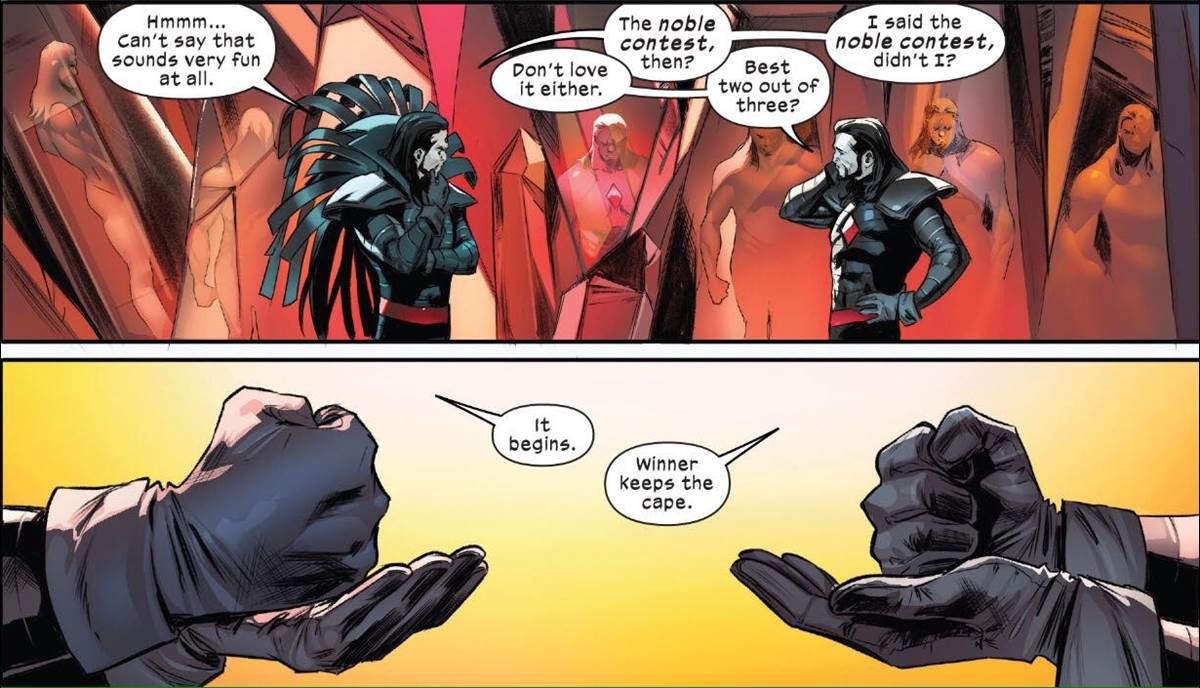 In one of this week’s tie-ins to the ongoing “X of Swords” X-Men story arc, Mister Sinister leads (if you can call it that) his team on a mission to end the deadly tournament before it starts. However, rather than embark on the mission himself, he enlists one of his clones to go for him. The clone is not so excited about the dangerous mission.

As the two argue over which one of them will go on this mission, it becomes apparent that there can be only one way for them to settle their disagreement: the noble contest. In case there was any doubt as to what this may be, the question of “beast two out of three?” is there to tip you off. I’ve also included the following panel, which shows off this intense and noble Rock-Paper-Scissors contest to really drive it home.

This panel is a great example of the humor featured throughout “Hellions #5.” Mister Sinister is not only a dangerous fighter and master manipulator, but also an incredibly entertaining personality. His team may be on a very important mission with potentially the fate of the whole world at stake, but that doesn’t mean they can’t have some fun along the way.