The Mercury Seven astronauts have won the hearts and minds of the American people, and now the training for their future launch begins. While the astronauts are beginning the physical practice for their missions, Chris Kraft (Eric Ladin) is working on building a mission control apparatus to support the program. 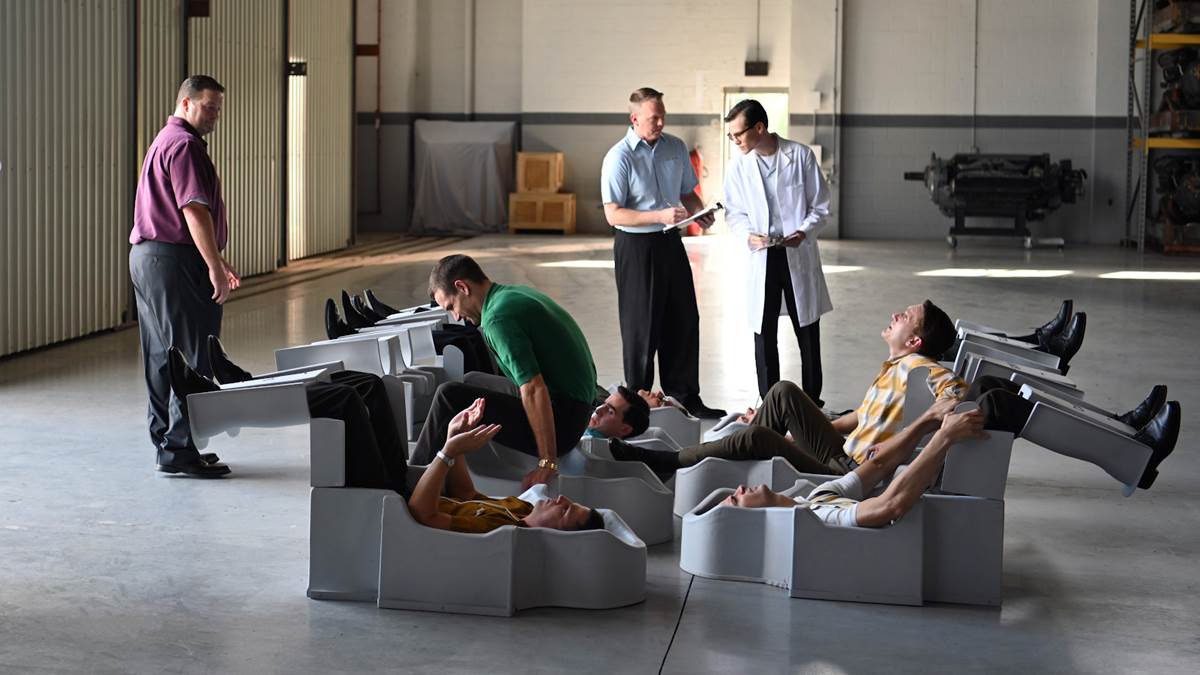 Kraft is training his team hard, and after a failed simulation exercise, he doubts any future success of the mission and his team. Parallel to this, the Mercury Seven are working hard in their flight simulator. Gordon Cooper (Colin O’Donoghue) is posting a record time on the training device while Alan Shepard (Jake McDorman) is failing.

John Glenn (Patrick J. Adams) is lonely and isolated in Florida. Glenn is not one to indulge in extramarital affairs and drinking, which causes him difficulty in fitting in with the rest of the guys. To John Glenn, Florida is not his normal world.

The Mercury Seven finally get to test out the seats they will occupy in their Mercury capsules, and this next step in their training inspires the men. For John Glenn, a moment of fantasy by pretending in his car about his future launch leads to a prank by his fellow astronauts and only heightens Glenn’s misery.

Chris Kraft knows that mission control needs to be perfect. Attempting to bring his team together in sports, the mission control guys have a friendly game of volleyball which leads to Kraft yelling at the technicians and him getting an errant volleyball to the face.

Life in Florida is difficult for all the men, including Gordon Cooper. His marriage to Trudy (Eloise Mumford) is on a precarious course, but Cooper is tempted by a girl at the hotel. While he doesn’t stray, the temptation is always around to lead all the astronauts outside of their marital vows.

While in the company of some girls the astronauts start to share stories of their test pilot past. We learn that Gus Grissom (Michael Trotter) and Gordon Cooper have a history. According to Grissom, Cooper is responsible for almost killing him because of a failed preflight check that Cooper never did. This results in a fist fight that sends both men tumbling into the hotel pool.

John Glenn seeks companionship of like-minded people by attending a church service where he meets a girl named Dot who wants him to come home with her. Glenn drives her back to her hotel, but he does not stray from his wife Annie. The isolation in Florida is starting to get to the men. While some of the men wonder about their own abilities, Alan Shepard continues training on the simulator, even late at night. Persistence rewards the test pilot with success. Shepard has mastered the machine.

The prototype of the Mercury capsules arrive in Florida and the astronauts are aghast at the configuration and the plan for the vehicles. When the men ask how they are supposed to fly the capsule if they can’t see out, they are curtly told that mission control would be doing all the flying. 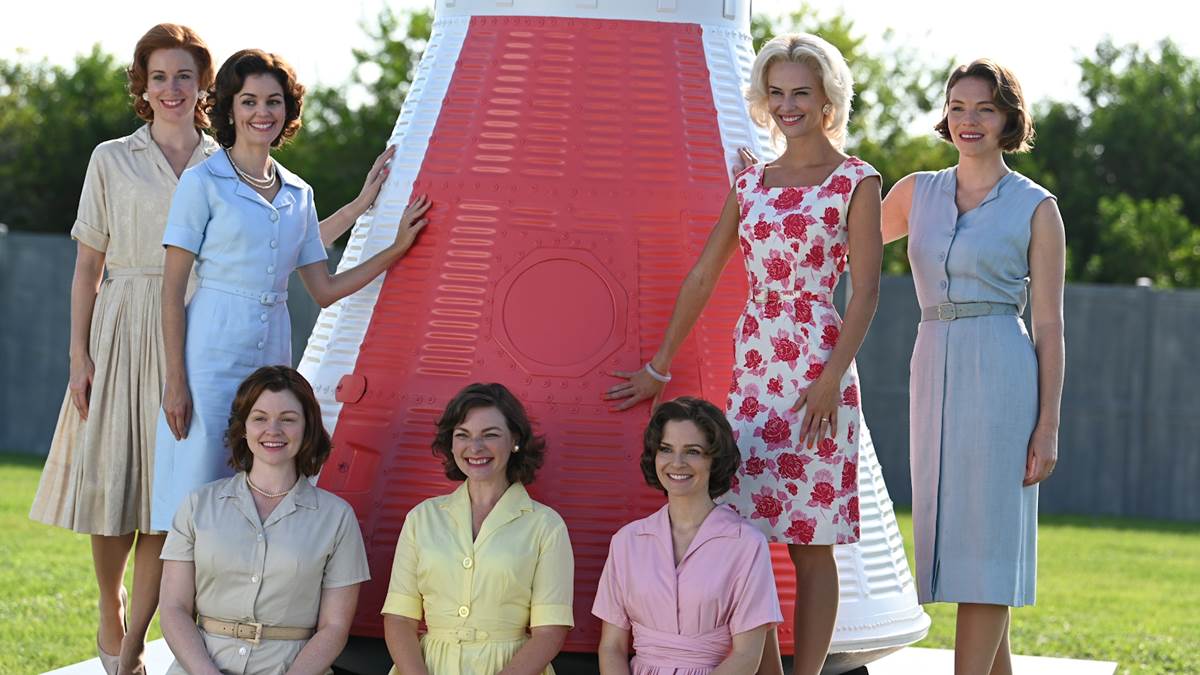 The wives arrive in Florida for the test launch of the Mercury Atlas rocket. The men of the Mercury Seven have their isolation broken by their partners, and for John Glenn it is a boost of strength from Annie (Nora Zehetner) that he desperately needs. Per the Life magazine contract, the wives pose for a cover photo for an upcoming story. The staging of the photo reveals more about how what readers are learning in the pages of the veritable magazine may not be that truthful.

While the wives are supportive, Louise Shepard (Shannon Lucio) has doubts about her husband Alan’s honesty. When Louise witnesses him flirting with a nurse, she knows that Alan has a social life beyond NASA.

On the day of the test launch, astronauts and their families, politicians, and the media are there to watch the success of the first test flight of the Mercury Atlas rocket. The competition to beat the Russians to space is intensifying, and the United States needs this event to be a success. Chris Kraft believes his mission control team is ready and the launch is started. Assembled on bleachers, the press, astronauts, and their families watch as the rocket lifts off in a glorious launch, only to see it explode.

Stay tuned for next week’s recap of The Right Stuff on Disney+.