Earlier this month, Hulu launched a series of spooky short films titled “Bite Size Halloween,” which ranges from horror comedy to psychological thrillers and everything in between. One of the shorts featured in this series is Matt Bieler’s Visible. I had the opportunity to speak with Bieler about Visible and the horror genre as a whole.

Warning – this interview will contain spoilers for Visible. If you have not already seen the short, you can watch it here:

“Bite Size Halloween” features 30 exciting new filmmakers, amplifying their voice in the film community. Visible may be just one piece of the bigger series, but when Bieler began working on it, he didn’t quite realize just how big it might be.

“I knew that there was a handful of filmmakers coming in to pitch two-minute ideas. It was an interesting time because I don’t think Disney had 100% taken over Fox when I originally pitched it. So it’s kind of, you know, evolved into, I think a little bit of a bigger thing now,” Bieler said. “It’s been nice to see, you know, 30 films. I think they were doing like eight at the time. I didn’t know that it was going to be branded into this kind of ‘Bite Size Halloween’ platform that they’ve done with Hulu, which is really kind of exciting, but up front there was kind of just the two-minute pitch and I knew that they were producing a handful of films.”

While most of Bieler’s work prior to Visible had been on commercials, he is certainly no stranger to the horror genre.

“I’ve always been fascinated just as a fan of film how a lot of directors got their start doing horror,” he said. “Not only as a film fan but also as a storyteller I find it as an interesting kind of gateway in to, you know, dig around and find the dark sides of humanity and what keeps us up at night. It’s the genre that I’m most excited about.”

As we discussed our personal experiences with horror films, Bieler’s excitement for the genre really became, pardon the pun, visible. He talked a bit about how his fascination with the genre began at a young age.

“ There’s always been something incredibly magnetic about the genre to me,” Bieler said. “When I was growing up, my parents would not allow us to watch any horror films. It was like the forbidden fruit, if you will, that like you were just supposed to stay away from.”

We also discussed some of our favorite classic horror films, including the ones we may have seen just a bit too early and the ones that have stuck with us for years.

“I think the very first one I saw was The Shining at a friend’s house, which kept me up for weeks,” the writer/director said. “And I think as I grew into becoming interested in filmmaking, I started just to admire the craft in horror and how it’s really like, I mean, sonically and visually, you really have to be on your game to make it work. And I was also really just, the way it was affecting me when I was younger and the way it affected people around me and like when you’re in a group watching it together, there’s kind of nothing else like it. You know, to jump at the same time, scream and hold onto your loved ones. So over time I kind of just fell in love with it I think when I was a teenager and the love has kind of just progressed into my 20s and 30s.”

Bieler also talked about his fascination with the psychology behind the genre and what draws people to certain aspects of horror and not to others.

“Some people, I’ve found, are like ‘I can’t do a possession movie, all I can do is a slasher’ or ‘I can’t do a ghost story but I can watch somebody’s head get ripped off by a werewolf,’” he laughed. “You know, everybody’s psychology is a little bit different and that genre and the sub-genres within it are, they’ve always been fun not only to make and watch but also just to talk about, I think, just in a community, why we respond to certain things and don’t for others.”

As far as Visible is concerned though, Bieler pulled a a great deal from his previous work and personal experiences.

“I had done a couple PSAs that dove into the social community horror of bullying and gun violence at the time and I was interested in how that was affecting kids, just, you know, inner city violence and death and ultimately grief,” he said. “I was kind of into trying to figure out if we were to do a 2-mintue film about grief and how kids process grief, while also making it entertaining and visually arresting and something that can grab you from the jump.”

I had to ask about the horror short being set on a basketball court, not your typical setting for a horror story.

“I just threw a bunch of stuff up at the wall. Just stuff that I’m interested in and I’m a huge basketball fan and have always kind of found my safe place when I’m thinking when I was younger on a basketball court,” he said. “And so I was like ‘ok, if the ball came alive, that when I was younger would have scared the hell out of me.’”

The one thing about Visible that really stood out the most to me was how Bieler managed to successfully work in such a great twist, a storytelling device the horror genre so often struggles with in projects that have much longer runtimes.

“The way to tell the story and maybe give it a twist and give the viewer something to think about at the end was, what if Naomi, our lead, was the one that was in some sort of purgatory landscape, that she had died and she originally thinks that maybe she’s playing up against ghosts,” Bieler said. “And then I thought, ‘ok, we’ve seen that before in movies like The Sixth Sense and The Others but what can make this unique,’ and I just kept coming back to the grief. And whatever you think about the girl and the boy and the relationship, as long as people take away that there’s a relationship there and that he and she are still trying to communicate through some supernatural way, then I thought that was a good conversation to have moving forward, whether they take that from it or not.” 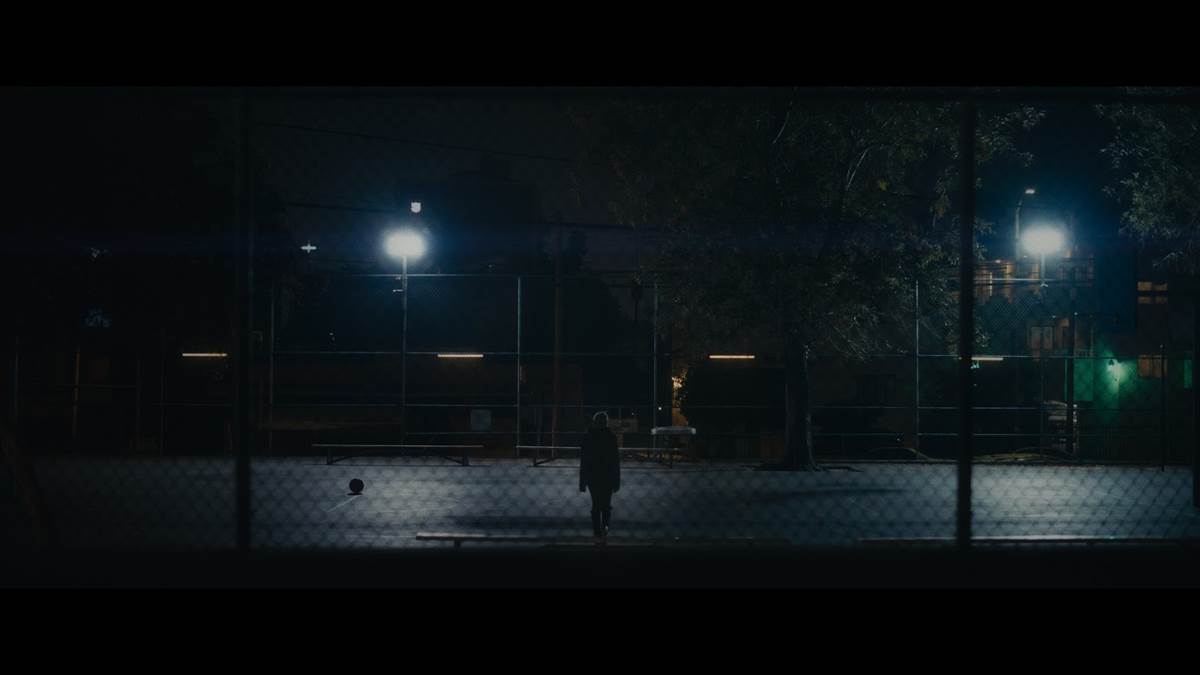 That twist and closing thought was not something with which Bieler initially set out, but rather, he explained that the story just took him to that conclusion.

“It came about organically, kind of trying to figure it out and talking to some filmmaker friends. I think I knew and we all knew that we had a first act and a second act but we didn’t have a third act,” he said. “It felt like the way the wind was blowing us, as far as the story went, was we had to reveal something surprising about who’s controlling the ball and what’s going on with Naomi. So as we started to mine it more and more, the third act felt like, this is kind of what it wants to be. It starts to pose questions and it felt like it was, there was a motor behind the narrative, that it felt like it wanted to go there. That was the only way it was going to work.”

Bieler touched on his love of Pixar, as well as some other Disney properties.

“Pixar, I think, I admire their storytelling and just the way they go about it the most,” he said. “I’m always kind of amazed by how, they’re like one of the few movies now that I think still bring me to tears at points. And the storytelling is really just so striking.”

On that note, I asked Bieler what he would most like to work on under the Disney umbrella. While Pixar was also in the mix, he specifically mentioned two of the biggest properties in cinema.

“Marvel’s done such a great job with really changing the industry and expanding a universe that is really, really exciting,” Bieler said. “And I know that they’ve been taking chances on newer and younger filmmakers, which is great.”

More specifically though, Bieler did mention one Disney project he would love to work on.

“I was so into The Mandalorian season one, if I did one episode of that I’d be stoked,” he said. “And I’m looking forward to October 30 when we get to continue that ride as well.”

As far was what’s on the table for Bieler next, he might not be finished with Visible just yet.

“We’re still in talks and trying to figure out the longer story of Visible,” he said. “But yeah Visible has been exciting because I’ve kind of looked at it through the lens of something more kind of inspired by Pixar and Disney’s more adventure films, you know like Pirates and even some of the Star Wars and Marvel stuff, like thinking of that through the lens of kids, in like a Goonies-inspired kind of way. [I] got excited about what that could be as well.”

Bieler admitted that he planned and hoped to do more with Visible from the beginning, expanding the short film into something much more substantial.

“I always wanted the short to be sort of the proof of concept and at least lend itself to a longer story of who Naomi is, why she’s in this kind of basketball cage and what her relationship is with these other kids,” Bieler said. “There’s some exciting ideas kind of percolating and we’ll see. Fingers crossed.”

Whether or not Visible eventually becomes something bigger, it is certainly a great addition to his Halloween season. 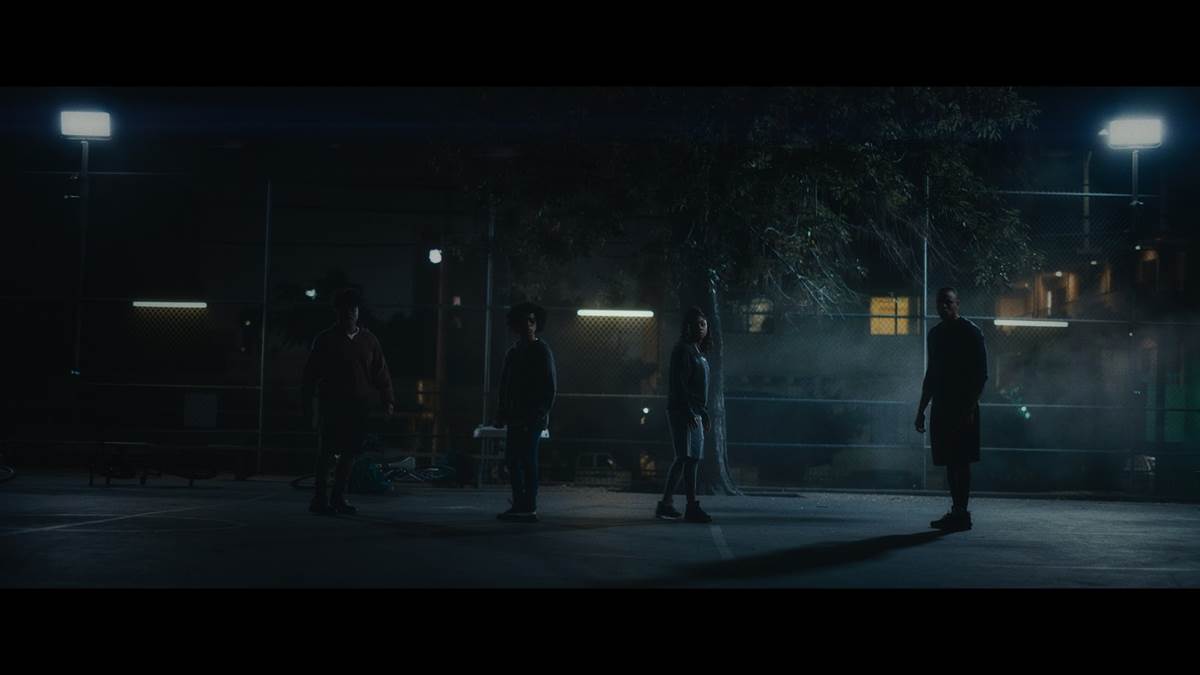 You can watch Visible and the rest of “Bite Size Halloween” on Hulu now.