UFC 254 featured one of the sport’s most anticipated fights in quite a while as dominant Lightweight Champion Khabib Nurmagomaedov returned to the octagon to face interim champ Justin Gaethje. While the results of the main event (and really the event as a whole) weren’t shocking, it was what happened after the fight that left UFC fans stunned.

Let’s take a look at some of the highlights of the night and break down the three fights we looked at in out UFC 254 preview. While there weren’t a ton of household names on this undercard, the final fight before the pay-per-view began featured two pretty successful heavyweights. Tai Tuivasa finished the seven-foot Stefan Struve with a first round knockout to improve to 10-3 and get back on track after dropping his last three fights.

In an earlier bout, the 23-year-old Miranda Maverick stuck her opponent, Liana Jojua, with a nice elbow that prompted the doctor to stop the fight after the first round. That gave Maverick a victory in her UFC debut and improved her professional record to 9-2. She could be an up-and-coming contender in the UFC’s Women’s flyweight division. 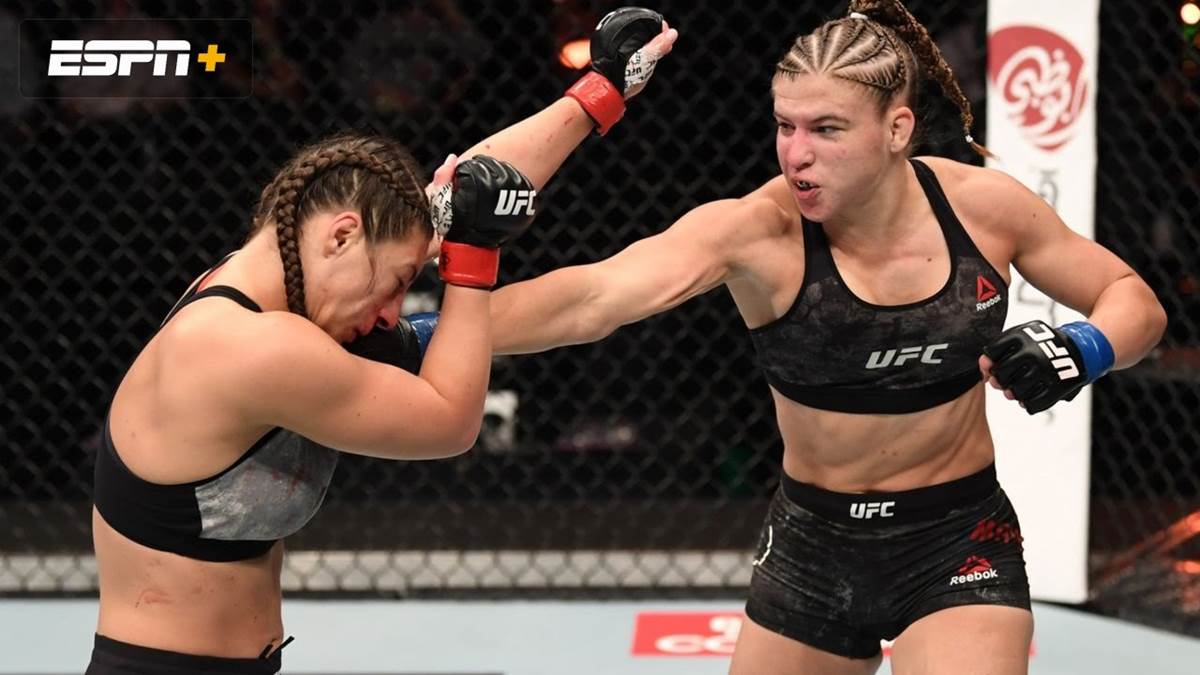 Before our three big fights, Magomed Ankalaev opened the main card with an impressive first round knockout victory in the light heavyweight division. The win improved the 11th-ranked light heavyweight contender’s record to 13-1 and was his fifth straight victory.

Fifth-ranked Women’s flyweight contender Lauren Murphy also picked up an impressive victory over highly-touted prospect Liliya Shakirova. Murphy improved to 13-4 with the second round submission win and promised fans her next fight would be for a championship. On the other side, Shakirova’s UFC debut did not go the way she planned, but the 28-year-old still looks to have a bright future.

Meanwhile, middleweight contender Phillip Hawes took just 19 seconds to put away Jacob Malkoun. The impressive knockout victory in his UFC debut brings Hawes’ record to 8-2 and has him poised for another big fight in the middleweight division.

In the first of the three fights we previewed, seventh-ranked heavyweight contender Alexander Volkov put Walt Harris away in the second round (exactly as I predicted). Harris had a hard time getting inside against the much taller Volkov. Keeping his opponent at range, Volkov landed a kick to the body that buckled Harris and that was it. For Volkov, it was a much needed win as he looks to continue climbing the heavyweight ranks.

My pick: Alexander Volkov via 2nd round Knockout/TKO

Former Middleweight Champion Robert Whittaker returned to his dominant form as he looks to climb back to the top of the division. Cannonier had a very effective gameplan of trying to restrict Whittaker’s movement by chopping him down with leg kicks. It wasn’t enough though, as the former champ just looked much crisper with his hands. To the credit of commentator and former Heavyweight Champion Daniel Cormier, he called Whittaker’s 1-2-head kick combination as his best weapon and that was exactly what he used to drop Cannonier in the third round en route to a decision victory. After the fight, while fans were likely expecting Whittaker to say he wanted a title shot next, instead he let us know that he was going home to put up his Christmas tree.

My pick: Robert Whittaker via Decision

Khabib Nurmagomedov is one of the most dominant fighters in the history fo the UFC. That was very apparent in last night’s main event. Gaethje fought a solid first round, utilizing his striking to keep Khabib at a distance. Still, Khabib seemed to win the first with a late takedown and advance to the mount position. He was then able to accomplish that much sooner in the second round and proved that he and Gaethje are not on the same level when it comes to grappling. Khabib got the mount with ease and quickly set up a triangle choke, which put Gaethje out in a matter of seconds. It was apparent that Khabib could have done whatever he wanted once the fight went to the floor.

While the result of the fight was not surprising, it was the post-fight interview that was. In the wake of recently losing his father, Khabib announced his retirement from the sport, ending his career with a perfect 29-0 record and the top spot in the pound-for-pound rankings. His absence will leave a major void in the UFC’s lightweight division. As far as Gaethje is concerned, he said he will be ready to get back into the octagon in a matter of weeks. His next fight could once again be for the Lightweight Championship.

My pick: Khabib Nurmagomedov via 4th round Knockout/TKO Overall, UFC 254 was another great night of fights with some very impressive performances and one shocking announcement. The future of the lightweight division will be very interesting for fight fans with the crown being vacated. Plus, contenders in the middleweight and heavyweight divisions are set up for some very big fights in the near future.

The UFC will return to ESPN+ next week for UFC Fight Night: Hall vs. Silva. Be sure to check back later this week for a preview of the event.