Disney has just revealed the trailer for the new Disney+ movie, Safety. The film tells the story of former Clemson University safety Ray McElrathbey who, with the help of his community, takes care of his younger brother to prevent him from entering the foster care system. We had the chance to talk to producer Mark Ciardi (The Rookie, The Game Plan) about the film, his history with Disney, and the role Disney+ plays in helping these kinds of stories to be told.

Benji: What first attracted you to this story?

Mark Ciardi: I've had these rights for about fourteen years. The story happened, I think in 2006, so after watching a piece on ESPN, I just fell in love with the story and reached out to the school and got in touch with Ray [McElrathbey] and was lucky enough to get the rights secure, because it was pretty competitive, as it just felt like this could be a movie. And it had a great ending where he got this waiver from the NCAA. So even the NCAA looked good in the story. But really, the emotion is what really captured me and that this young man at nineteen-years-old took on the responsibility of essentially becoming a father to his little brother who was potentially going to go into foster care. And between Ray and the Clemson community, there was just a beautiful story that unfolded and got my interest. And we had set it up at another studio and just had not gotten it made at the time and I never gave up on it and brought it over to Disney a couple of years ago when they announced Disney+, and we worked on the script some more and brought in some great elements. And sometimes as a producer, the timing is important. For some reason, it's nice to have a little space in between when stories happen and in this case it was fourteen years later. Clemson's so prominent out there, and then the story still kind of works in how they profess the family, and I'm just lucky enough to get the opportunity to tell the story.

Benji: You kind of touched on it a little bit, but Disney+ has been a place where these smaller, sort of classical Disney live-action films have found a home. Can you talk a little bit about what that platform allows you as a producer to create?

Mark Ciardi: Yeah. I mean, you're bringing up a great point. Because I've produced a lot of those sports movies that are up on that platform now. And you know, what I saw happening several years ago was this move away from making these movies in the middle. What's theatrical, and this emphasis on big tent poles, right? All the studios are looking at that. What could drive things within these companies and the machine, and though these stories really resonated, people would find my movies over time, once they got on to cable and TV, and just people would re-watch them. They were kind of evergreen films and they're really important to the studio. But they became harder and harder to make theatrically all over town. And so, now with the advent of Disney+, all these movies are perfect to live on that platform. You've got 60 plus million subscribers, which is unheard of. I mean, we were hoping for maybe a quarter of that by this time a year later, and they've blown past all that. And you now have just a gigantic audience at the touch of a button… You don't have to incur that big marketing cost to get any film out there so this is where they live now. We were really excited when they announced it. And when they announced it, that's when I brought this movie over and it became a perfect fit for them. 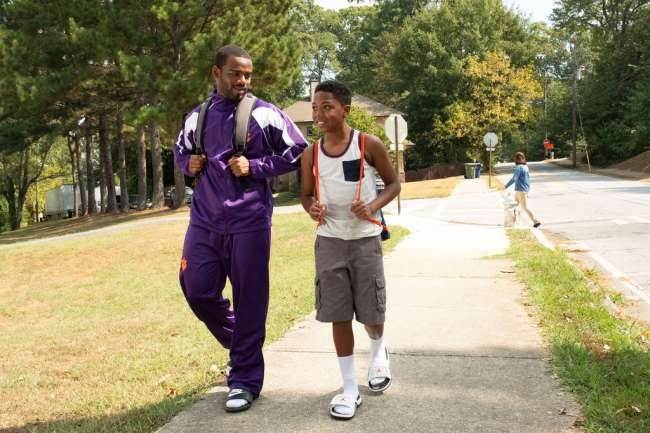 Benji: You have a long legacy of great Disney sports movies. Can you give us a little bit of insight as to some of the other movies you've made for Disney?

Mark Ciardi: Yeah. My career started when I first got into the film business with a movie called The Rookie. And I had played minor league baseball with Jim Morris, who the movie was about, and I was in a doctor's office reading Sports Illustrated, and saw this story about a guy who was 35 years old in AAA, knocking on the door to the big leagues, and I couldn't believe what I was reading. And at the very end I noticed that they said that he had played a little bit of minor league ball and signed in 1983 with the Brewers. And I'm like, "Oh my god. That's when I signed." I looked at the guy, and I'm like, "Oh, I played three years with Jim." Just the name didn't resonate because I was just kind of reading quickly. And so I mean, I roomed with Jim during spring training. We played three years together, like I said, and I reached out and finally got in touch with him, and ended up getting the rights. And then the story kind of exploded, and we didn't think we were getting the rights and then we ultimately got them. This was my first movie at Disney. I was honestly working out of a garage at the time so I got really really lucky with that. That movie was kind of magical and set me on the way for doing these sports movies. Miracle came after that and then Invincible. So I had these three movies in a row, and then did a movie with The Rock called The Game Plan, and then did Secretariat, and then Million Dollar Arm and McFarland U.S.A. all within a ten to twelve year period. So I had this run of really magical stories, these great underdog stories, and then it was like, is that business going to go away with the tricky theatrical and how competitive it was? So that's when the platform kind of got announced. It was like, "Oh, I know my movies are going to be perfect on that platform again," and that turned out to be true. So it's exciting that I can continue some of that legacy with those great films that you see on the platform now, a lot of them mine, some of them others have made, but they're just a great kind of… A bit of entertainment that I think everybody needs now.

Benji: It's definitely a time for those feel-good sports movies. I know we've watched them on a weekly basis. So this story takes place a while ago, but Clemson has become such a powerhouse in the headlines every week. What was it like to work with the university in order to bring the film to life?

Mark Ciardi: Without their help, we wouldn't have been able to even attempt to make this movie, and so we got lucky. We reached out to some of the folks there and they were so accommodating and they really loved the script and embraced it and opened up their university for us. And the biggest thing was being able to shoot at a live game. Right? And it was like a military operation. We got eleven-minutes at halftime and we had to keep people in the stands and did more than that. The fans went nuts. There were 85,000 people there and they were part of the movie, right? We had to run down from the top and down onto the field, but we ran four or five plays including a kickoff. And it was unbelievable. I've never experienced anything like that. I've done a lot of movies and shot at a lot of amazing places, but to have that buzz of 85,000 people being a part of the movie and responding to everything that we wanted them to was pretty magical. So we think it'll show in the movie, that authenticity, like I talked about. But ultimately, it's about the emotional story and underpinnings of this amazing kind of brotherly love and what they ended up accomplishing.

Benji: What do you hope audiences across the world take home from Safety?

Mark Ciardi: I think it brings people together. It doesn't matter your political views, sports is great in that way, you know? And I think whether you're a Clemson fan or not, I think if you enjoy football, if you enjoy sports, if you enjoy these great underdog stories, then you're going to really love this film. And it deals with diversity and to these social themes now, and I'm just really proud of the movie. I think it's really going to touch people emotionally and that's kind of a great thing now.