Marvel Comics has created a countless number of iconic, intimate stories focused some of their iconic characters. However, the comics that really catch the attention of the fans are the big crossover events that pit all of their favorite heroes up against an unprecedented foes.

While some of the recent big crossovers – like “Empyre” and “X of Swords” – have not quite lived up to the hype, “King in Black” seems poised to break that streak. Darkness has finally arrived in the Marvel Universe as Knull, the god of the symbiotes, has descended upon Earth. Our heroes may finally be outmatched. 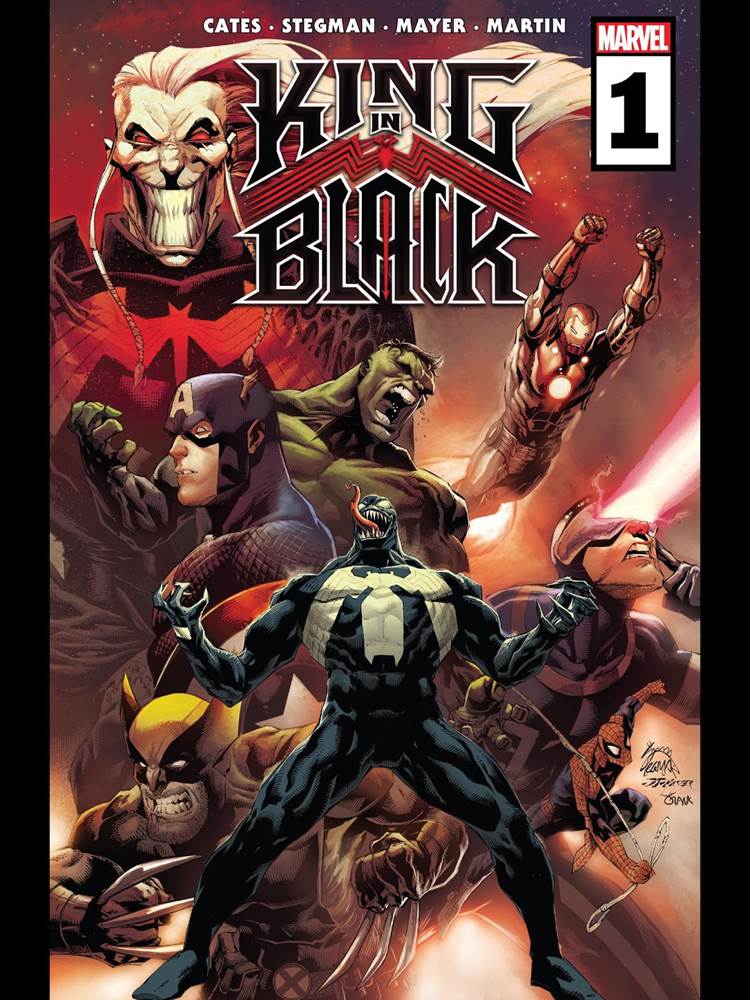 He’s been coming for a while now. Eddie Brock, better known as the symbiote-guarded Venom, has been telepathically linked to the ancient being and has warned the rest of the heroes of his imminent arrival. While this nothing new to the Avengers, X-Men and others, Brock knows that preparing for Knull might just futile.

Iron Man, Captain America, Captain Marvel and some of the world’s most brilliant minds and powerful heroes have prepared nonetheless and they think they’re ready for the arrival of this new enemy. It doesn’t take long however for them to learn that they’re wrong.

Still, Tony Stark and company never go into battle without at least one good trick up their sleeve. They pack a good surprise for the dark god, but Knull has a few surprises of his own. Whether or not the heroes of Earth are enough to stop Knull is all going to come down to one thing: whether or not Eddie Brock is up for the fight. 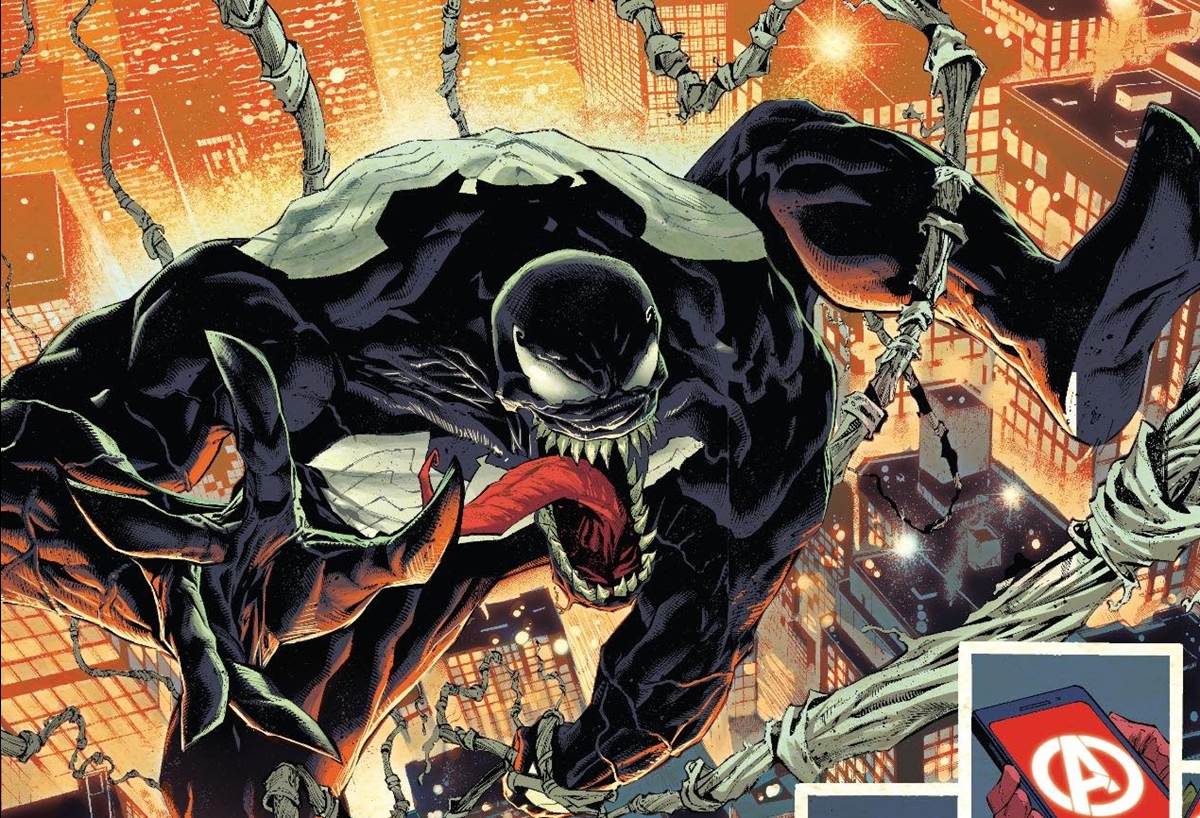 While recent crossovers may have disappointed just a bit, “King in Black” makes it clear right from the beginning that it will not. It wastes no time getting into the action, which could initially be a problem for those who are not caught up on Donny Cates’ “Venom” series. Still, the issue provides a lot of context pretty quickly, so you’ll have no choice but to catch up fast.

These crossover events tend to follow a fairly simple formula. A massive new threat arrives that requires all of the heroes to join forces in order to have any chance to protect the Earth. “King in Black” doesn’t stray from that gameplan, but it does take it to a new level. You would be hard pressed to find another comic in which things so quickly become this hopeless for the heroes of the Marvel Universe. You’ll also have a hard time finding a comic that so effectively delivers multiple truly shocking moments in such a short span. As you can see in the image above, the scope of the threat in this story is unparalleled, but the story is also very well contained. Sure, other crossovers have have intergalactic and interdimensional ramifications, but “King in Black” keeps it simple. The threat is on Earth. The fight is to save Earth. All of the action is happening in one place, making it a much easier story to follow.

Of course, every great story needs a great villain. Make no mistake, Knull is a great villain. The god of the symbiotes not only has such an incredibly menacing look, but he also has the cocky, chill-inducing dialogue to match. Before this is all said and done, it wouldn’t be too surprising to see Knull reaching popularity levels that rival those of Thanos. 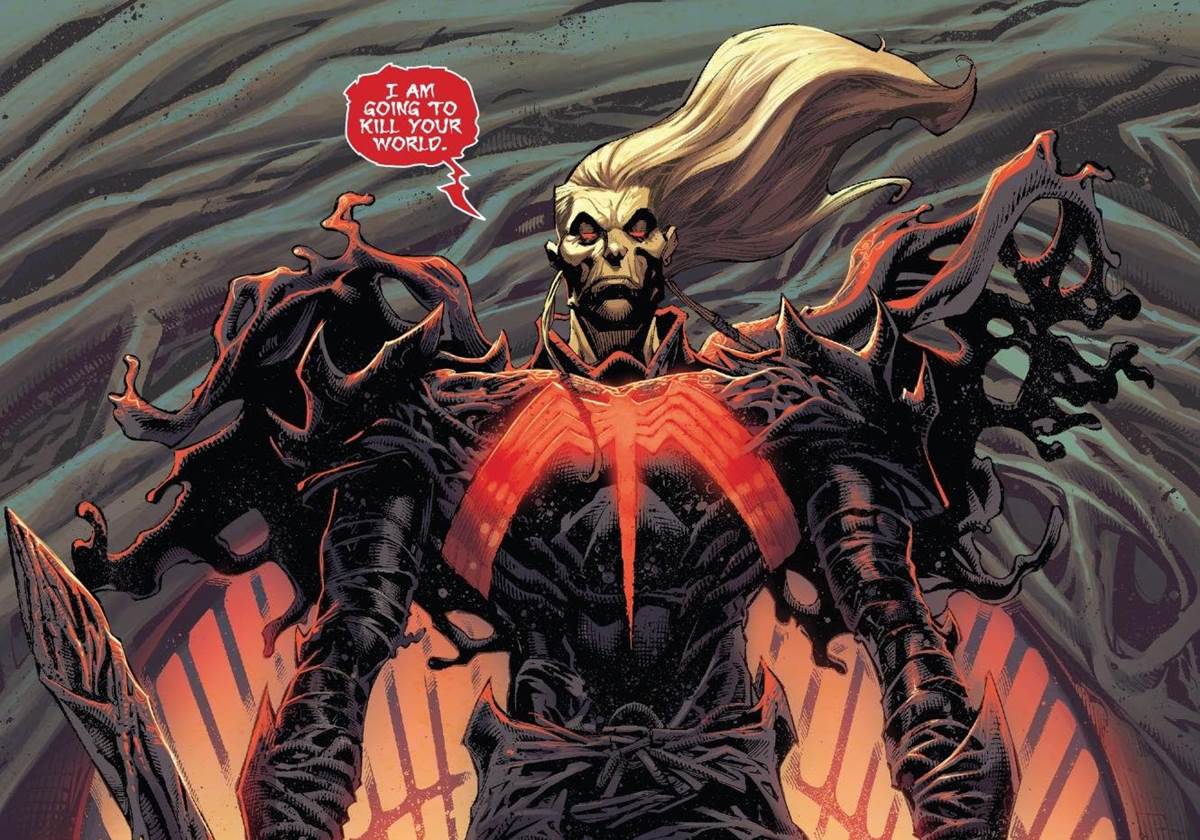