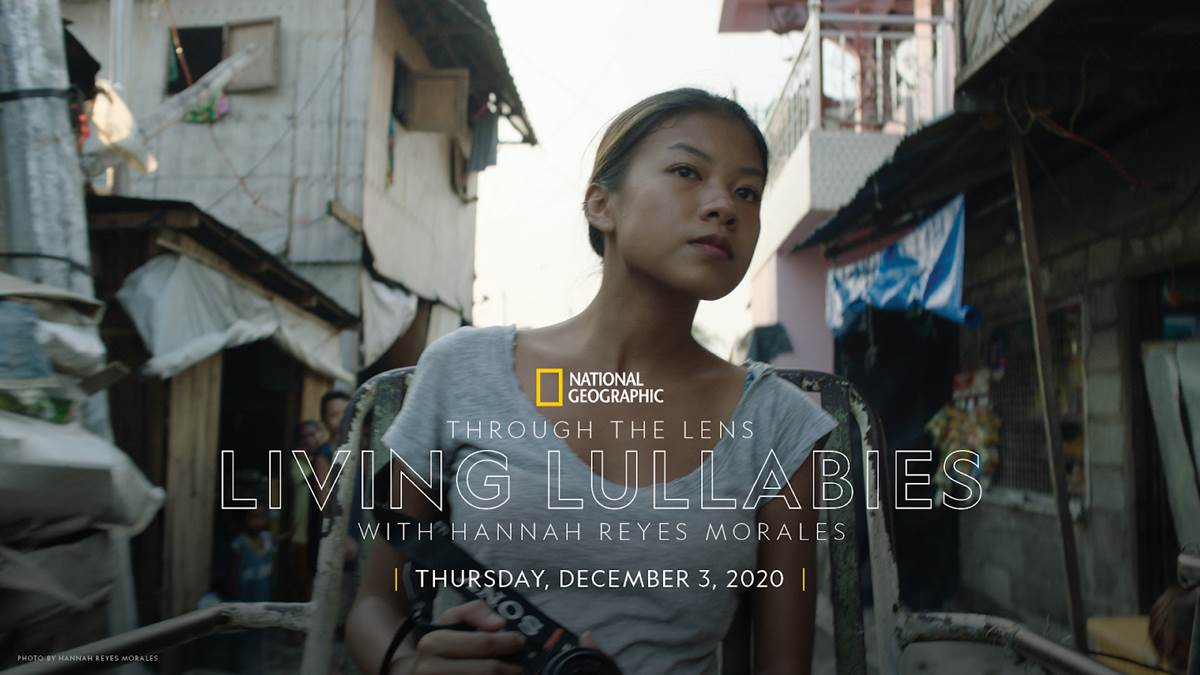 The December 2020 issue of National Geographic magazine contains a unique feature, a QR code next to photos in an article about how parents soothe their children to sleep around the world. To celebrate the launch of this historic article, National Geographic Explorer and photographer Hannah Reyes Morales gave a presentation called “Through the Lens: Living Lullabies” to share her experience capturing both visuals and audio for the magazine.

Hannah Reyes Morales had never worked with an audio producer on this scale before. Setting out with a goal of representing what each photo sounds like to readers, she found the global travel to be challenging at times when trying to fit herself and another person recording audio in small spaces with a small child and parent. Readers of the magazine can enjoy the final product when QR codes take them to exclusive videos where they can hear the lullabies.

The first lullaby known to exist was discovered on an ancient tablet on the border of Turkey and Syria. One commonality for most lullabies is lyrics that sound dark and mature when you break down their meaning. Hannah shared that the reason for this is that the baby is really experiencing the melody and the physical aspect of being rocked to sleep, while the lyrics are really for the mother or father, often imparting a cautionary tale or a prayer for safety to the child.

Because the first lullaby was discovered near Syria, Hannah’s presentation started nearby as well. In Turkey, she documented several mothers, both Syrian refugees, and the ways they keep their culture alive with their kids through singing lullabies, even as they get older. One of the touching stories was a grandmother who stays up all night singing to her grandchild to keep them quiet because the previous tenants of the house were evicted when the neighbors complained about their crying baby. Another impactful moment was seeing kids on a playground at dusk when the temperature cooled enough to play outside, holding baby dolls and singing the lullabies their parents sang to them as kids.

In Thailand, a boy who can’t go to school due to the pandemic now spends long days on a small fishing boat with his father, the family’s main source of income. The father sings to him when he gets tired and he takes naps on the boat, but when the boy returns home, he sings to his baby sister to help her get to sleep. These photos and the accompanying audio depict a beautiful cyclical nature of how we teach children to nurture.

In Liberia where 1 in 3 girls become mothers by age 19, Hannah documented a 16-year-old mother who was cast out by her family and the father refused to accept the child as his own. Raising the boy alone in a crime-ridden area, readers see the small space they sleep in while hearing a lullaby from this region of the world.

Pollution is also part of this story with Hannah’s coverage of children in a capital of Mongolia where coal is the primary source of energy and cold temperatures mean the local air pollution is extremely damaging for small children. For most families, purified air is not a possibility, but in a childcare center, Hannah captures a naptime moment where all of the children enjoy the restorative properties of sleeping in clean air. In this special moment, a mother is welcome, feeding her baby as the caregivers sing a lullaby together.

The presentation ended domestically in Massachusetts. Many healthcare heroes are mothers and Hannah captured several interacting with their kids on video calls from work, singing a lullaby from their sterile office to still keep that special engagement right before bedtime. Another mother is protecting her family by living outside the house during this difficult time, but she visits her son through a glass storm door, kissing him through the glass and singing his favorite songs. Lastly, she explores what lullabies are like for kids with auditory challenges with a mother whose son has cochlear implants, so their lullaby routine incorporates sign language and ends with the words “I love you.” In the event that her son loses his hearing while sleeping, she wants those to be the last words he hears.

“Through the Lens: Living Lullabies” was a beautiful event based on an incredible story that can only be found in the December 2020 issue of National Geographic magazine. It’s now available on newsstands and magazine apps and you can keep the exploratory spirit alive all year long with a subscription. Click here to learn more.