The Marvel Universe has created lots of super teams over the years. The Avengers, The X-Men and the Fantastic Four have been protecting Earth from major threats for a long time. But there are also a handful of not-always-so-super teams that have been handling those same kinds of problems. Teams like S.H.I.E.L.D., Alpha Flight and S.W.O.R.D.

“S.W.O.R.D. #1” rebuilds the old space force dedicated to being Earth’s first line of defense against any kind of cosmic threat. Only this time, things are very different. This time, S.W.O.R.D. has a direct allegiance with the mutant nation of Krakoa and Abigail Brand is being very cautious about how that’s handled. 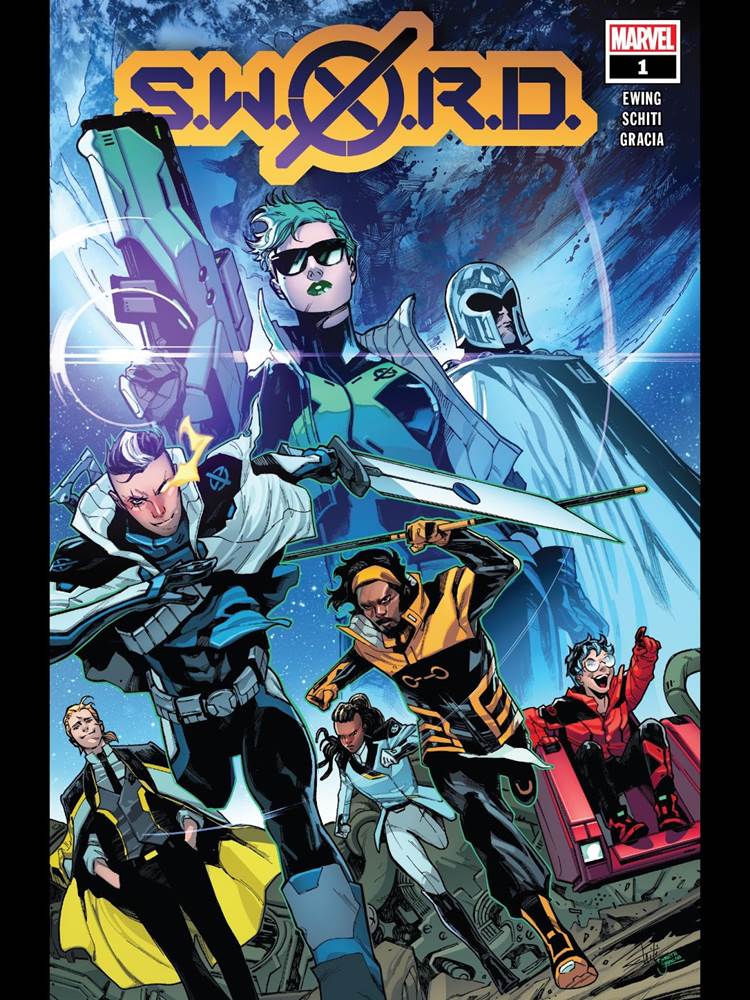 Stemming out of bout “Empyre” and “X of Swords,” two recent crossover story arcs, “S.W.O.R.D. #1”reintroduces the classic space force in a whole new way. In “Empyre,” We saw Brand finally reach her limit with the handling of Alpha Flight and leave her old program behind. Then in “X of Swords,” we saw the mutants recover a Sword station that had been overrun by some kind of interdimensional infection. Put those together and Abigail Brand is once again the commander of S.W.O.R.D.

But what exactly is the plan for the newly reformed space force? A direct tie to Krakoa means Brand’s new team has an allegiance to a specific nation. In fact, Magneto visits the station to provide oversight from the Krakoan council. Brand sees a much bigger picture than just the future of Krakoa.

With that being said, it’s clear that S.W.O.R.D. is already hard at work on their first big project. With a new organization to command and the power of Krakoan technology at her disposal, Brand sees the potential in this new S.W.O.R.D. and she’s not wasting anytime seizing it. This is one of those issues that delivers a very satisfying payoff. We saw the seeds being planted for S.W.O.R.D. over the last several months and it was great to finally see it come into being. Having Brand in control is just the icing on the cake, especially if you’re coming right out of “Empyre.”

But it’s not only a satisfying conclusion to past stories. “S.W.O.R.D. #1” also sets up a very interesting story arc going forward. Krakoa just got out of a fight with a very serious threat and lost some of their own along the way. They’re looking to secure their future with this new S.W.O.R.D. Branc, on the other hand, has something else in mind and it will be interesting to see if her objectives clash with those of Krakoa. 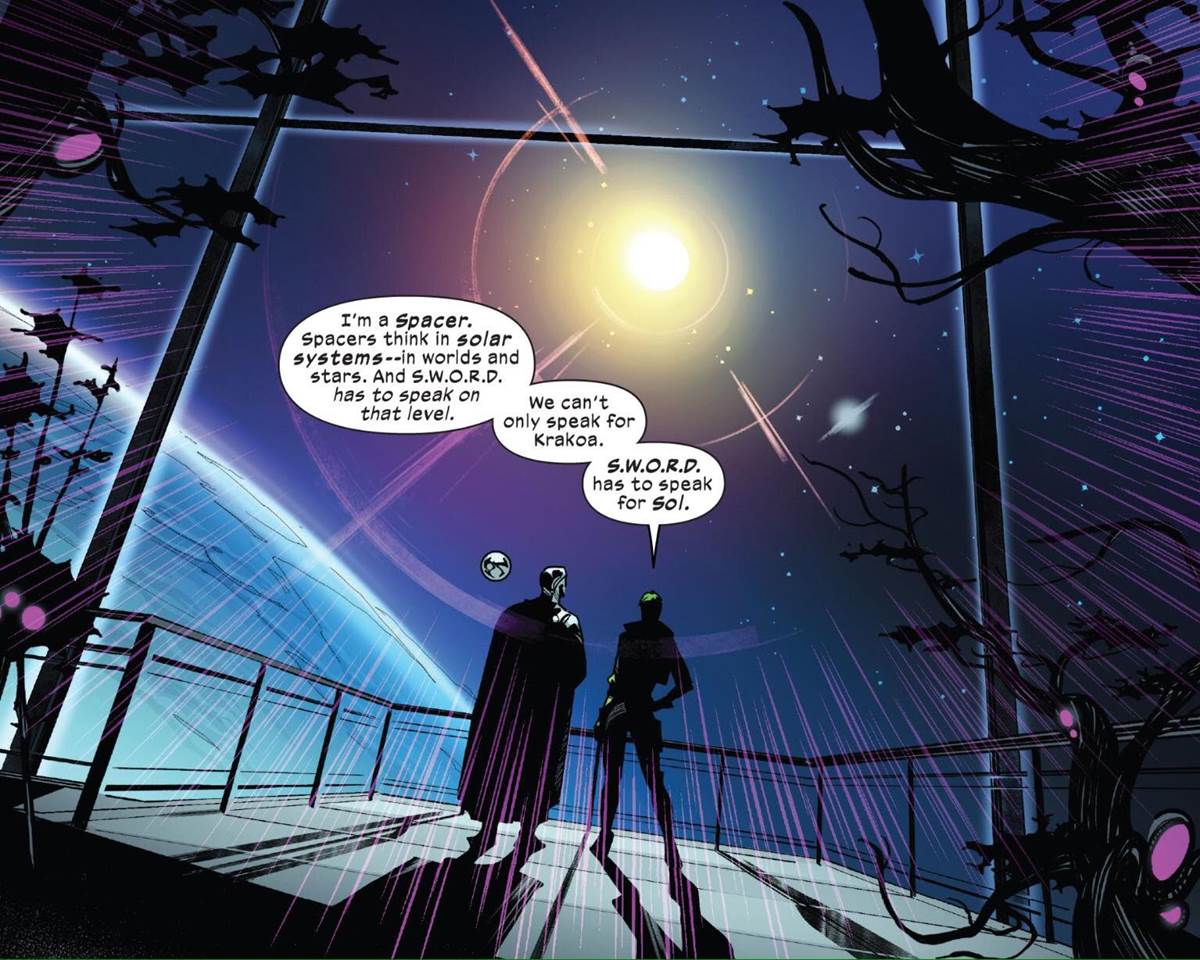 This issue does seem as though it could be leading to another incredibly complex mutant story however. On top of the Krakoan agenda, the concept of mutant technology and the formation of a mutant-run space force, there’s also some kind of cosmic power at play here. There are a lot of different ways this story could go and it wouldn’t be out of the ordinary for newer X-comics to go in the most complicated way possible.

As for this issue in particular, this is a great start to a very fun new(ish) concept. There are some interesting characters involved with this new series and it also has a scope that would allow for any Marvel character you can think of to join in at any time. Plus, it has potential to tie into other ongoing comic arcs, like “King in Black” for example, at some point. 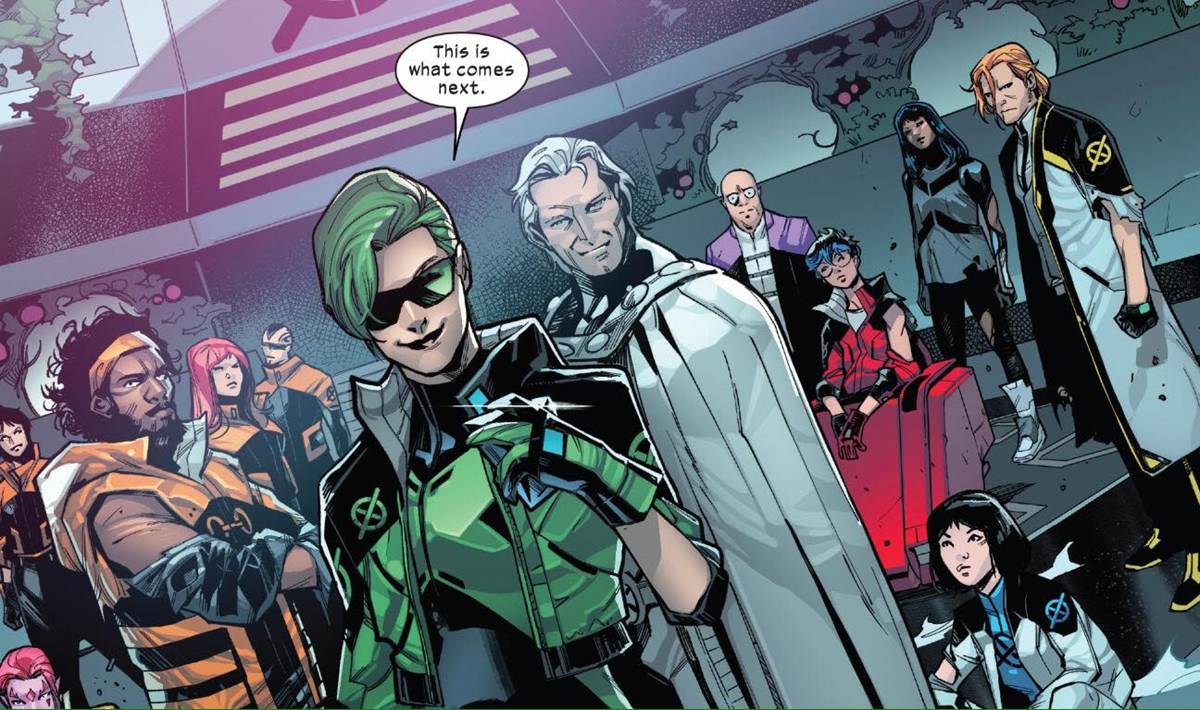