Wanda is one of the most powerful characters the Marvel Universe has to offer, but she’s never exactly been what you would consider stable. In the “House of M” story arc, she creates an alternate reality and takes all of your favorite heroes with her. That is, until she becomes infuriated with the idea of being a “freak” and utters the aforementioned phrase. The result is a return to the natural timeline with the number of mutants being reduced from millions to hundreds.

This is such an important moment in marvel history because it shows just how powerful the Scarlet Witch really is. There are a lot of powerful characters with various magical abilities in the Marvel Universe, but this moment shows that Wanda is right up near the top of that list. It also means she can’t really be fully trusted by either the Avengers or the X-Men. 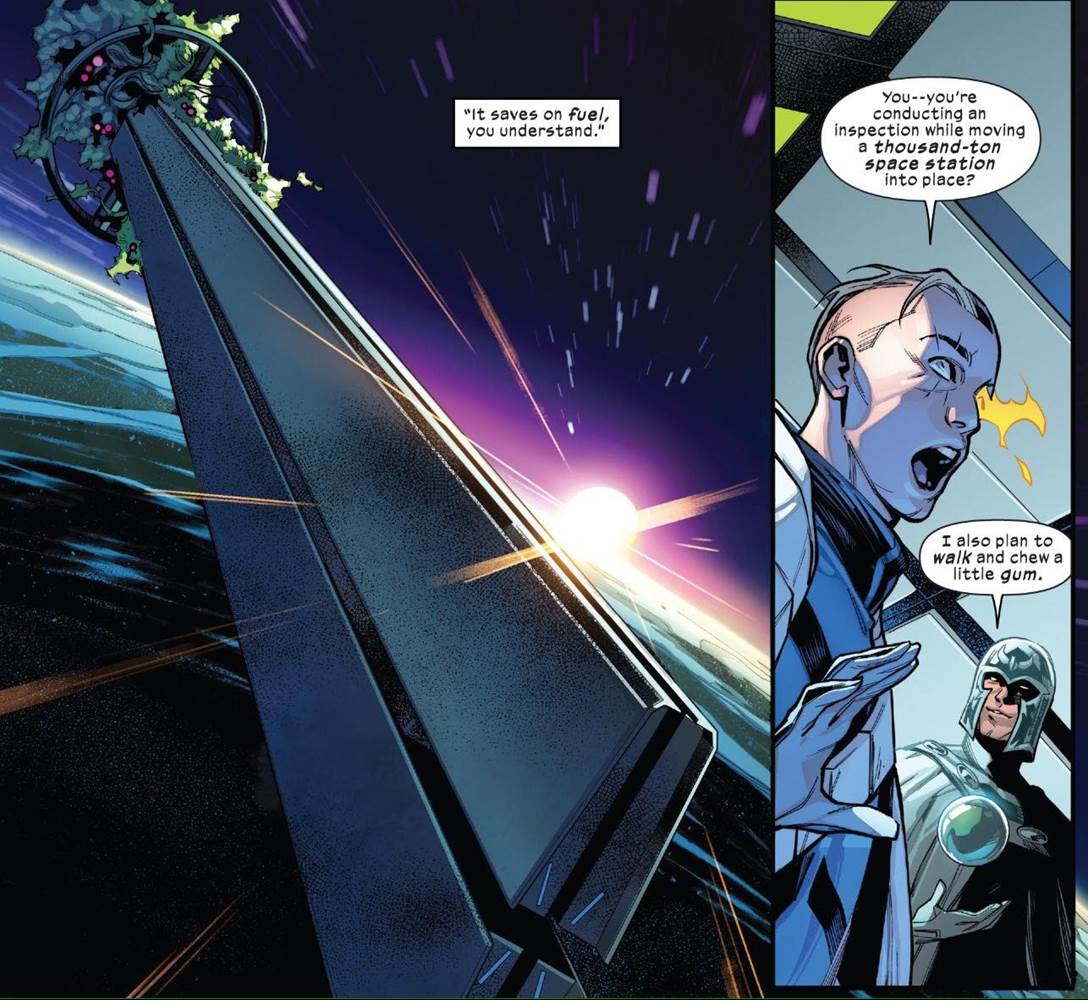 Bonus two-for-one here! With all of the big, crazy, cosmic, interdimensional, galaxy-ending kinds of stories constantly going on in Marvel Comics, it’s nice to simplify things and just marvel (see what I did there?) at the incredible powers of a classic character ever once in a while.

That’s exactly what’s happening here as Cable is blown away by the abilities of Magneto. Ol’ Mags is visiting the new S.W.O.R.D. station to oversee what exactly is happening there on behalf of the Krakoan council. All the while, he’s also using his magnetic powers to move the space station. That blows Cable’s mind, as you can see by his facial expression.

But what really wins me over in this panel, is Magneto’s response. Magneto is known as such a serious character with huge goals always on his mind. So for him to make such an easy quip in response to Cable’s shock and awe is hilarious. It’s also a reminder of just how powerful Magneto is, with how effortlessly he is literally moving a space station with his mind while multitasking.