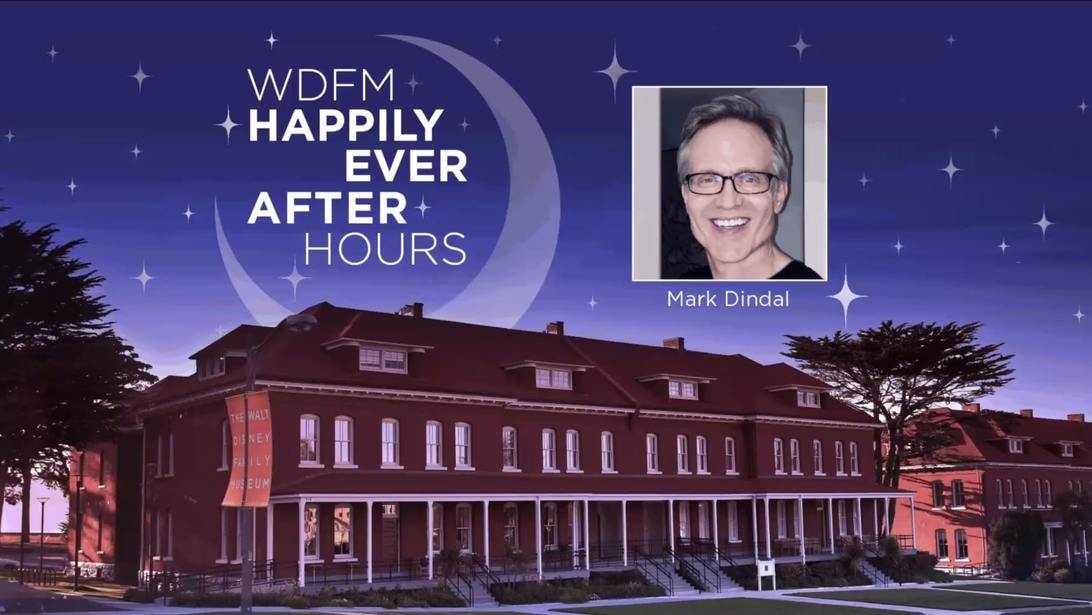 Mark Dindal was the guest for Walt Disney Family Museum’s last Happily Ever After Hours of 2020. The CalArts alumni started his Disney career on The Fox and the Hound, hired alongside many of his friends from school in the wake of the rift between Walt Disney Animation and Don Bluth. When he started, he was just 19-years-old and found himself working alongside animation legends like Frank Thomas, Ollie Johnston, Ken O’Connor, Jack Boyd and Joe Grant.

Primarily working in special effects animation, Mark Dindal contributed to additional Disney projects in the 1980’s including Mickey’s Christmas Carol, The Black Cauldron and The Little Mermaid. He was soon offered his first opportunity to direct on a short segment in the movie The Rocketeer. For inspiration, he not only looked at Disney’s war-era shorts, but also Frank Capra’s Why We Fight series. His animation crew was just 3 people and he says he didn’t feel a lot of pressure, but it gave him the chance to try out the director role.

His first full-length animated feature director role was on Warner Bros. Animation’s Cats Don’t Dance. The research phase of the project came with some unique opportunities, including interviewing Gene Kelly in his home, touring old Hollywood studios and prop departments, and working with Randy Newman.

Back at Disney, Mark Dindall was given the unenviable assignment of taking over a retooled project that eventually became The Emperor’s New Groove. He likened the experience to being at the kid’s table at Thanksgiving dinner while other teams at Disney were working on projects the studio had more investment in. But as a result, he got to work with a great crew without a lot of oversight. He was depressed when the film came out and only made $9 million in its opening weekend, but it had legs and went on to become a phenomenon, something he never expected. He also said the short timeframe he was given of just 2-years helped make the film better because it forced him to make quick decisions and not overthink it.

His next Disney film would change the studio forever, Chicken Little, which ushered in a new era of mostly CG films for the studio. Over the course of 5-years on the project, he joked that voice actor Gary Marshall was able to direct two live-action films and a play. Zach Braff was in awe recording with Gary Marshall, who’s name was on the film building at Northwestern University where he studied.

From memories of seeing his first Disney movie in a theater, The Sword in the Stone, to teasing his next project, an animated feature based on Garfield for Nickelodeon, Mark Dindal led a fun and insightful look at a successful career in the animation industry.