The UFC will start up their 2021 action with three events in a span of just eight days. All the excitement begins with UFC Fight Night: Holloway vs. Kattar tomorrow night. And to make things even more exciting, this will mark the UFC’s first ever event broadcasted on ABC.

Two of the top featherweights in the world, including the former champ, will step into the octagon with immediate title implications on the line. Plus, two verteran welterweights will jump back into the spotlight while two promising stars in the same class will look to keep it on them. 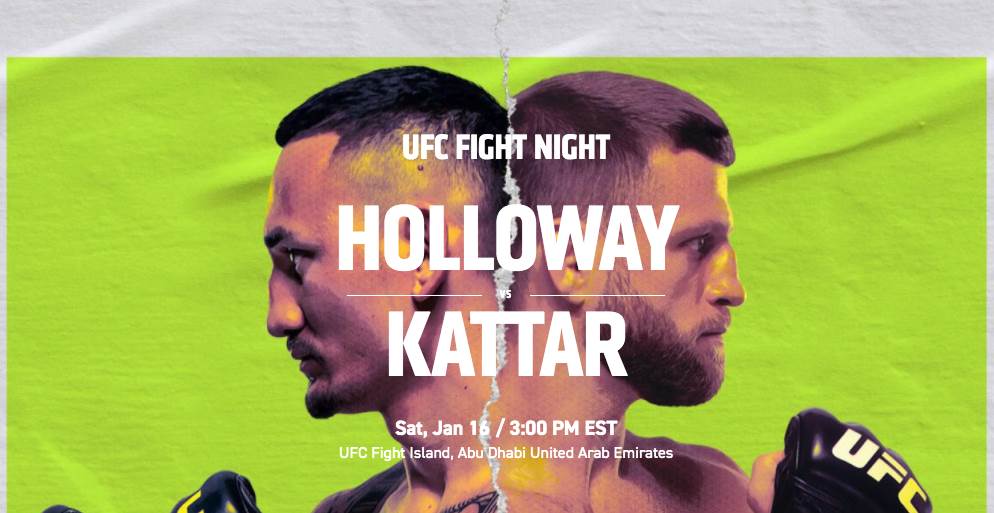 The UFC’s welterweight division is incredibly crowded, with unbelievable talent up and down the rankings. So much so in fact that Ponzinibbio sits outside of the top 15, despite riding a seven-fight win streak. It doesn’t help his case that his last bout was all the way back in 2018, but a win here in 2021 should see him vault up those rankings. Ponzinibbio boasts a 27-3 record with 15 knockouts and wins over welterweight contenders like Neil Magny and Mike Perry. He’s a very dangerous striker who also has some skills on the ground, making him a tough challenge for any opponent.

Across the cage, Jingliang is no slouch either. Despite coming off of a loss, Jingliang has a 17-6 record and has won seven of his last nine. With eight knockouts and four submissions of his own, Jingliang is no stranger to finishing opponents and that will certainly be his goal tomorrow night as he looks to right the ship.

A lot of experience will be locked in the octagon for the co-main event of the evening tomorrow night. Condit steps in with a 31-13 record and a resume that makes him one of the best and most entertaining welterweights of all-time. Unfortunately for him, eight of those 13 losses have come in his last 11 fights. It’s been a struggle for Condit since he lost his championship opportunity against Georges St. Pierre all the way back in 2012. Of course, he has faced off against the best competition the sport has to offer since then and he has put on some truly spectacular shows. He may not be at the top of the rankings anymore, but Condit is always a lot of fun to watch.

His opponent offers a very similar story. Brown made his UFC debut all the way back in 2008 and has had a very successful career, to the tune of a 22-17 record. Like Condit though, he has struggled recently, dropping six of his last nine fights. The 40-year-old still has a lot in the tank though and is still one of the strongest grapplers in the division. This clash of styles will make for a very interesting matchup that is completely winnable for either fighter. 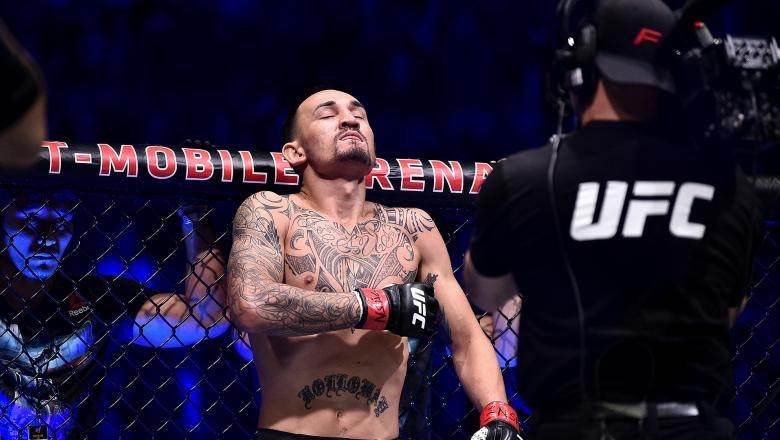 As of last year, the UFC’s featherweight division has a new king as Alexander Volkanovski dethroned the rigging champ Holloway. Ever since, there has been a scramble to see who the next contender will be. While Holloway has already had his rematch, he is right in the mix once again in this matchup of two top contenders.

Holloway with a 21-6 record and a reputation as one of the best fighters in the world. Still, it’s hard to ignore the fact that he has lost three of his last four fights, even if two of those were to Volkanovski and the other was in the lightweight division. His skills seem to be just as sharp as ever as he took the champ the distance, narrowly losing a decision. Is there something to be said for his recent inability to close fights? Or has it just been a string of bad luck? One thing’s for sure, Holloway is a tough out for anyone.

Kattar is sure to be aware of that. The sixth-ranked flyweight has faced off against some of the best in the world and still boasts a 22-4 record with 11 knockouts. He’s also won four of his last six, and that came on the heels of a 10-fight win streak. Kattar is going to look to use his explosive striking to continue to climb the featherweight ranks tomorrow night. It will be interesting to see if either of these fighters backs away from the striking game as neither one has ever been knocked out.

UFC Fight Night: Holloway vs. Kattar will be held Saturday, January 16 at 3 PM ET. Fight fans watch live on ESPN+ or on ABC.