The ongoing “King in Black” crossover event continues to dominate the universe of Marvel Comics, with five new tie-in titles hitting stores today. To this point, every little bit of hope that has popped up for the heroes has been promptly ripped away. That looks like it might be about to change thanks to “King in Black: Black Knight #1.”

The Black Knight may not be the most reliable or stable hero, but he might just be the one to save the day in this particular situation. The heroes have tried everything against Knull and, so far, everything has failed. But there is still one weapon that even the god of the void fears, and it’s wielded by Dane Whitman. 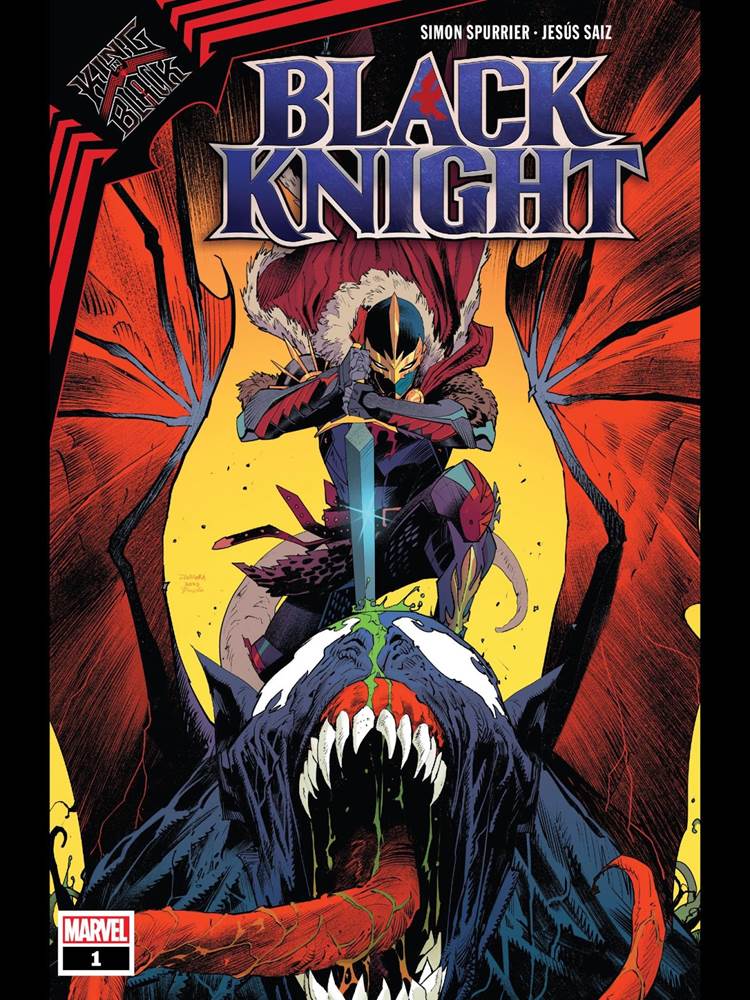 The heroes of the Marvel Universe have not yet had much success against Knull, the god of the symbiotes. Everything they’ve thrown at him seems to barely have any effect. But, as we’ve learned in the ongoing “Symbiote Spider-Man” series, the famed Ebony Blade is a weapon that could turn the tides.

The Ebony Blade doesn’t come without its downside however. Dane Whitman, the former Avenger known as the Black Knight, has been altered by the blade, driven to kill with excessive violence. The effect it has had on his mind has driven him to become a bit unstable.

So, if Whitman is going to join th fight, he’s going to need some sort of positive influence. Luckily, the right hero steps up to the plate and might just be the right person to start turning this fight around. But can the Black Knight pull it all together to become a serious threat to Knull’s power? 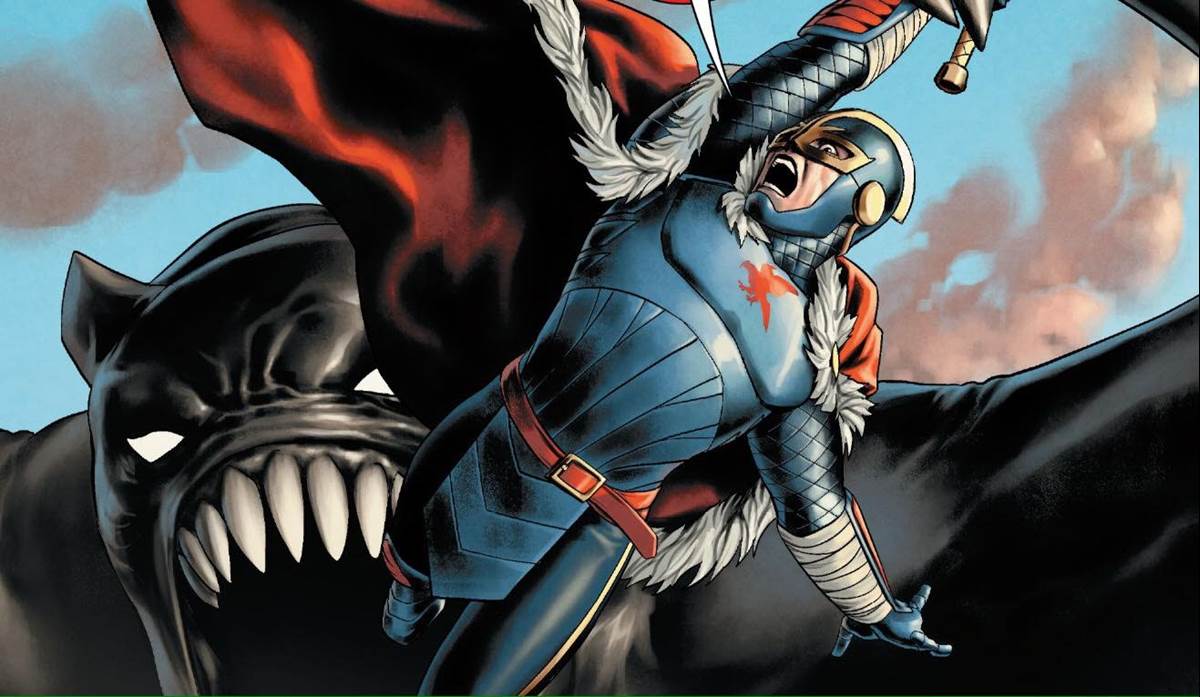 This is a very interesting issue as it’s dealing with a lot of heavy and dark content but handles it all with a healthy does of humor. The Black Knight’s olde English narration is some of the funniest inner-dialogue in quite a while and his dynamic with some of the other characters who pop up is a lot of fun.

On the flip side of that, it’s also a pretty strange comic. Granted, Earth is currently enveloped in an alien substance while a god of darkness is terrorizing New York, so things can only get so strange, relatively speaking. But there are some things that happen in this issue that might leave you a bit puzzled as you read through. 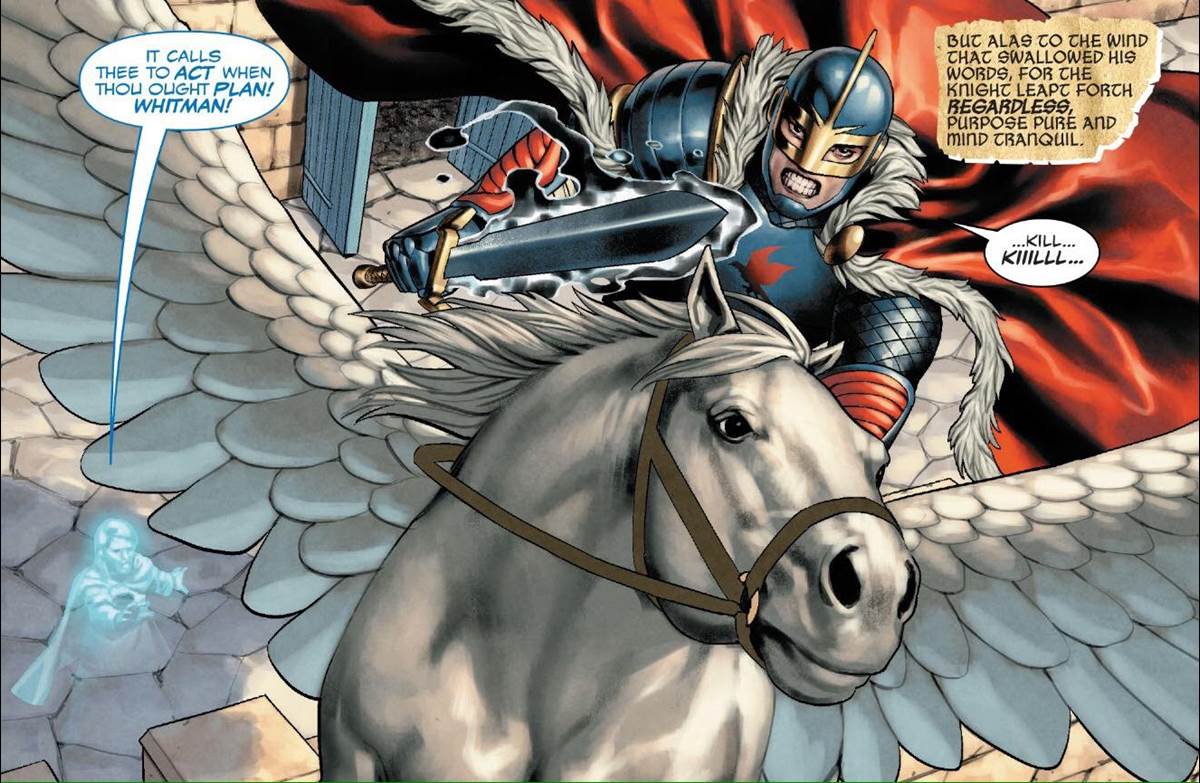 If you’re able to overcome that slight confusion though, “King in Black: Black Knight #1” is a very fun issue. Given the circumstances of what’s going on and what these characters are going through, it manages to bring a ray of light into an otherwise dark story.

It’s also loaded with action and, as we’ve seen a lot in this story so far, some really great art. Knull and the symbiotes provide a subject for some really stunning visuals and allow for a lot of creative freedom for these artists to dream up some truly nightmarish creatures, like a 1000-foot tall symbiote demon monster that makes for one really great boss battle. 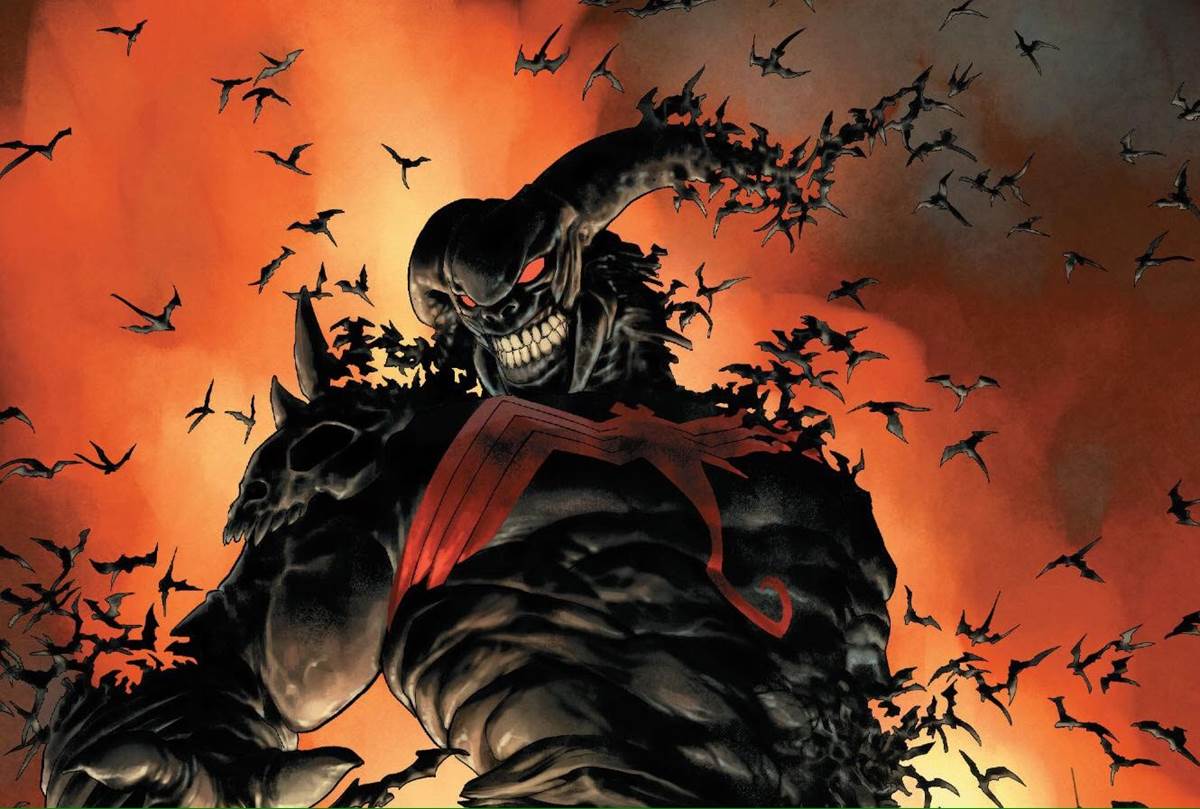 You can check out “King in Black: Black Knight #1” here.