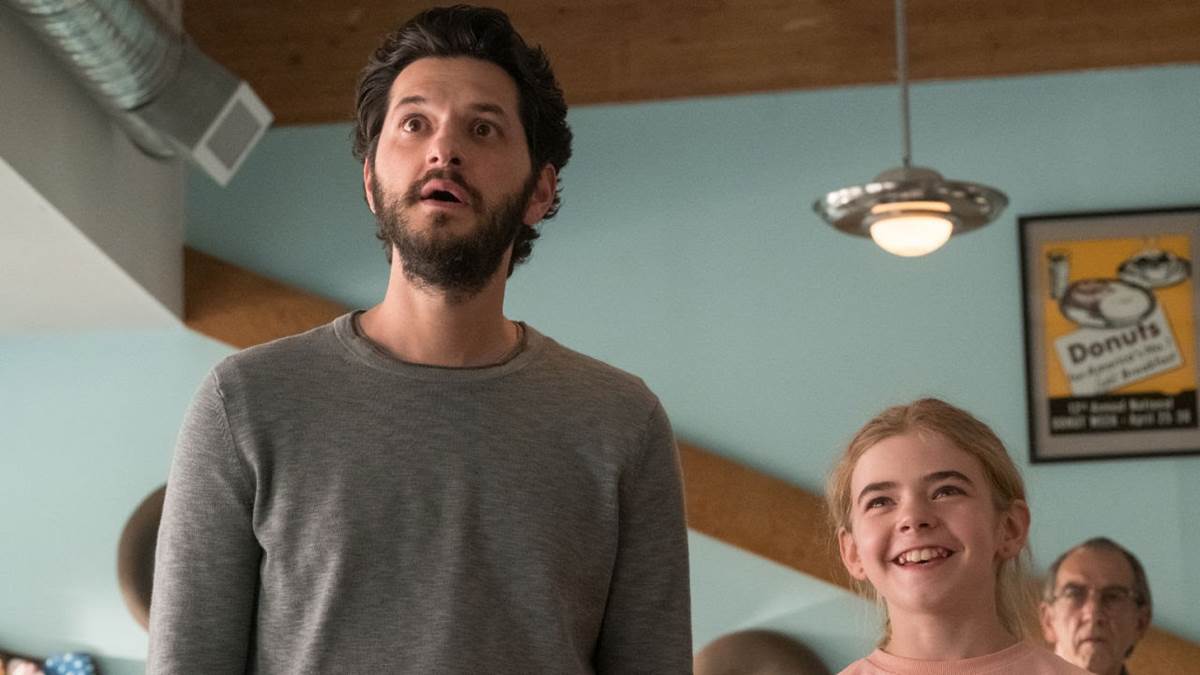 Author Kate DiCamillo is no stranger to having her books adapted into movies, but visiting the set of Disney’s adaptation of Flora & Ulysses was an insightful experience into the movie making process.  “If anybody ever gets the chance to visit a movie set, wow, you people work hard,” the author shared during a press conference in advance of the film’s February 19th streaming debut on Disney+. The film tells the story of a superhero fan named Flora who discovers a gifted squirrel, whom she names Ulysses.

“My mom had a vacuum cleaner that she loved,” Kate DiCamillo revealed about the real-life inspiration for the story. In the film, a squirrel is sucked into a smart vacuum that runs amok, coming out the other end with the ability to understand humans, communicate with a typewriter and maybe even have super powers. After Kate’s mom passed away, she stored the vacuum in her garage. When she saw a squirrel dramatically laying across the steps leading to her front door, she called a friend who suggested putting it out of its misery. The squirrel rebounded and ran off, seemingly fine, but it got the author’s creative juices flowing. “All of this made me think of E.B. White’s essay Death of a Pig, how he was going out to feed a pig and thought about ways to save a pig’s life,” she revealed. “I thought about a way to save a squirrel’s life and I combined it with a vacuum cleaner and that’s the story.” 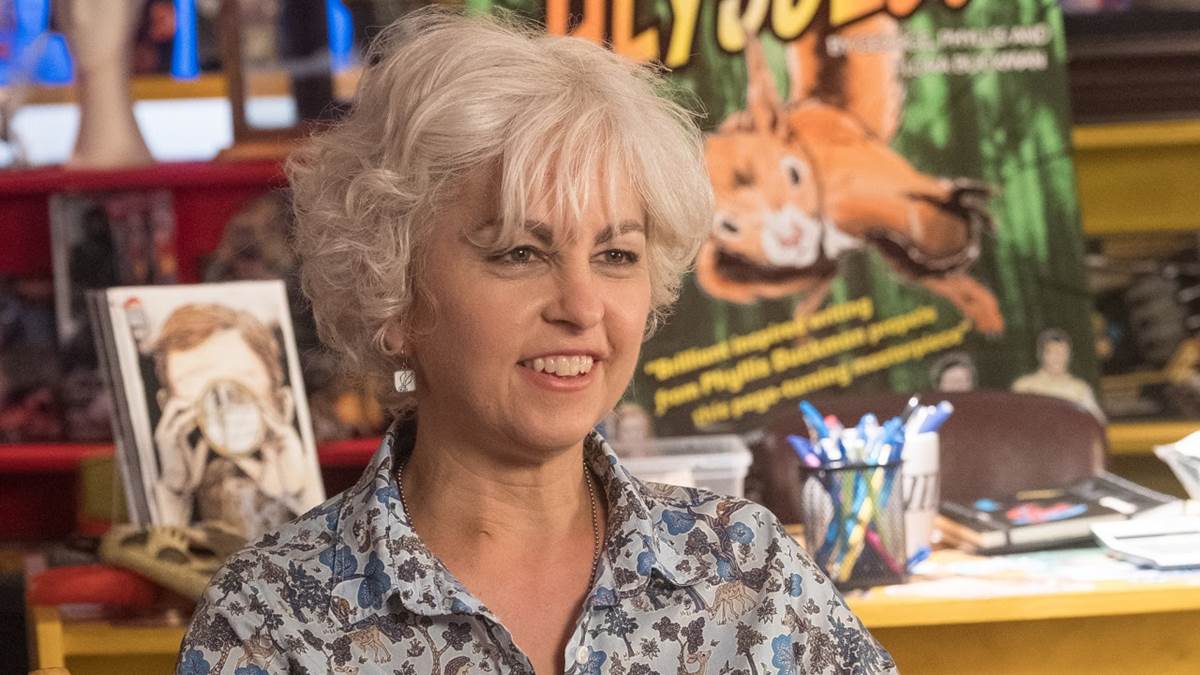 Adapted for the screen by Brad Copeland, who wrote for comedy shows like Arrested Development, Flora & Ulysses has a lot of wide-ranging comedy that will appeal to adults and children. In fact, Director Lena Khan was thinking about her brothers when planning some of the scenes. “There’s a whole world for just the comic book nerds,” she said. “If you go into the Comic Cave, which is the comic book store [in the film], there’s a giant penny, which would be in the Batcave originally. You’ll see Mysterio with the goldfish bowl over his head, some people will know who the ventriloquist dummy is, the mobster dummy next to the TV. So there’s all that comic book world references. There’s a lot of Alyson Hannigan love,” she explained about the actress who plays Flora’s mother in the film. “There's stuff from Buffy hidden in the background. And then there’s different books of Kate’s that are hidden throughout. There’s just lots of treats everywhere.”

Another fun treat for fans of the 2017 reboot of Disney’s DuckTales is the casting of four voice actors from the series: Ben Schwartz (Dewey), Danny Pudi (Huey), Bobby Moynihan (Louie) and Kate Micucci (Webby). “After we got the first couple, then we were like yeah, let’s just go for it,” Lena joked about bringing as many DuckTales cast members on board as possible. “Everybody from that show is fantastic.” Beyond the casting choices, DuckTales fans should be on the lookout for a few Easter Eggs from Duckburg peppered into the film. “Ben and I have a history of fighting for the past three years,” Danny Pudi joked about his role as an animal control specialist with a personal vendetta against squirrels. “It was easy to hit him with a tranquilizer gun.” Ben Schwartz also shared some of the fun he and his on-screen daughter had together, coming up with a psychic routine that has mystified the entire cast and crew. During the conference, the moderator texted Ben the name of a celebrity and Matilda Lawler, who plays Flora, was able to psychically repeat it back to him over a Zoom call. It was George Clooney, in case you were wondering.

“For the most part, during the actual scenes, I had a grey creepy rat thing,” Matilda recalled about her interactions with a Ulysses stand-in during filming. The majority of the squirrel’s role in the film is computer animated, although two trained squirrels were used for some shots. “And then some other times I didn’t have anything and I had to pretend there was something there when it was nothing. It was definitely interesting and kind of challenging,” the young actress who steals every scene explained. 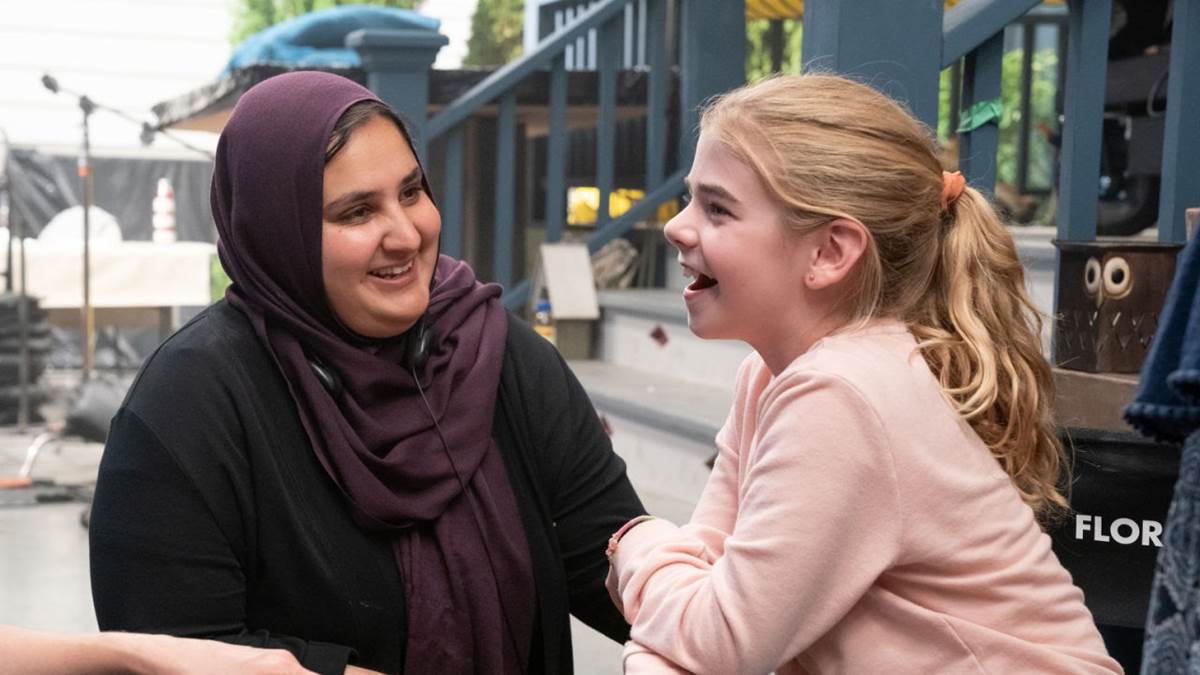 In the same way that Superman: The Movie made audiences believe a man can fly, Flora & Ulysses will make you believe a squirrel can be a superhero. One of the funniest moments, featured in the trailer, shows him striking a superhero pose when he nails a landing, which Lena Khan swears they can actually do. “Our CGI team was very particular. They didn’t want to do things a squirrel wouldn’t do.” She told them to Google it, which they did, and it turns out she was right. You can do your own search for “Squirrel superhero landing” to see what she’s talking about.

With a Disney+ streaming premiere scheduled for February 19th, fans should know that there are some fun snacks featured in the film that they could add to their shopping list in advance for a fun themed movie night. Add the following treats to your snack list to maximize your movie watching experience: