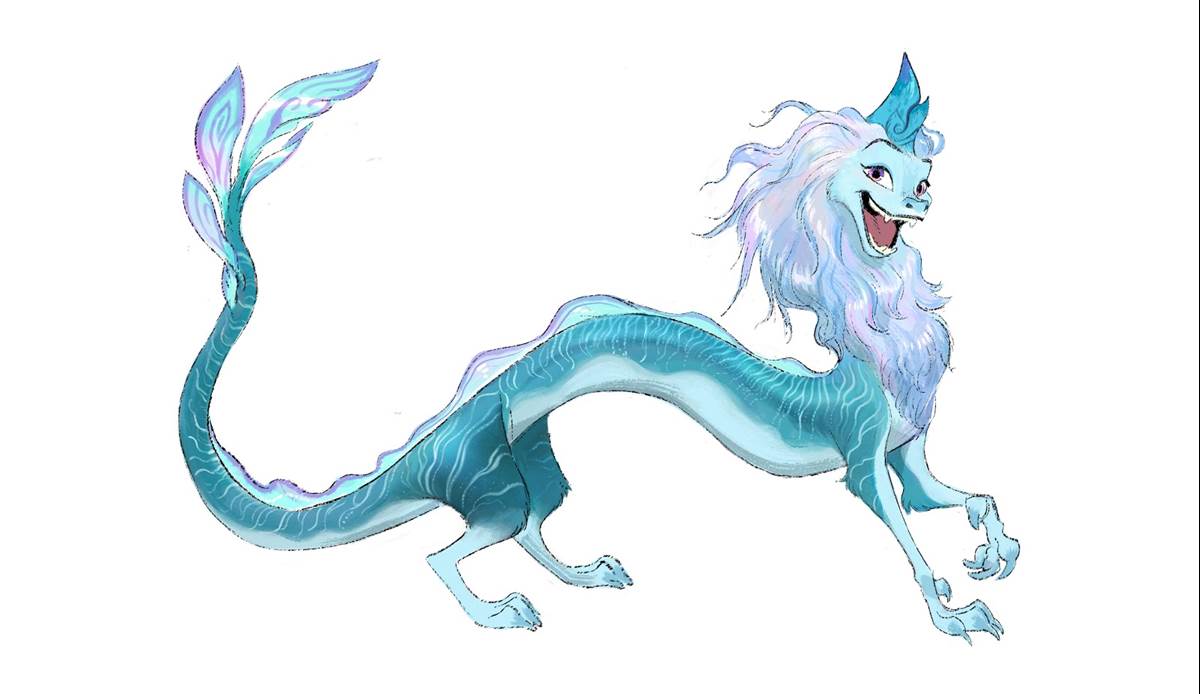 When Disney’s Raya and the Last Dragon comes to theaters and Disney+ Premier Access on March 5th, audiences will be transported to the magical world of Kumandra. But what they’ll find within a cast of extraordinary characters is a deeply relatable human story about trust. Ahead of the film’s release, I got to experience parts of the story with the creative team who brought the film to life.

Back in the director chair, Big Hero 6 director Don Hall was no stranger to crafting a story around a weighty theme, with his superhero adventure telling a story of a boy dealing with his grief over the loss of his big brother. “On Raya and the Last Dragon, we looked deeply at the theme of trust,” Don Hall shared. “How do you find trust when the world around you feels so broken?… How does someone regain their ability to connect to people again when they feel so much distrust?”

As a first-time co-director, Paul Briggs is best known to fans of Disney animation not only for his story work, but as a voice actor in films that include Frozen (the deep grunts of Elsa’s Marshmallow monster) and Big Hero 6 (the robot fighting boss Yama). “I remember early on looking at the story and feeling like there was a lot of fracture and division in our lives,” Paul Briggs shared, thinking about the world his two sons were growing up in. “How do we bring people together? How do we share a bond? How do we sit down and share a simple meal together? That started sparking conversations and ideas between all of us and it really kind of came to the story about this badass warrior Raya. She has to go on this journey to heal the fractured land and its people by tracking down this legendary last dragon, Sisu. But it’s going to take teamwork and trust to do it.”

As a result of the events that helped fracture the kingdom of Kumandra, Raya has lost her trust in the world when we first meet her in the film. “Her cloak was designed to give her a sense of mystery,” Simulation Supervisor Aveneet Kaur explained about the character’s wardrobe. “Almost acting as a shield for her, conveying being closed off from the world initially when we see her before losing it later on in the film, symbolizing her regaining trust in others.”

In addition to expressing the symbolism of Raya’s feelings of trust and distrust through her cloak, the filmmakers also give the audience clues to her feelings through the film’s cinematography. Rob Dressel and Adolph Lusinsky both served as Director of Cinematography on the film in different disciplines. For scenes where Raya is full of distrust, cameras use low angles, a deep focus, a narrower color field, higher contrast and excess film grain. In scenes where Raya feels trust, camera angles are higher, the focus is shallow, the color field is wide, contrast is low and there’s less film grain present. Another clue as to how the protagonist feels can also be found by the presence or absence of water. If there’s a lot of water in a scene, she is feeling trustful, whereas scenes in a dessert or dry landscape depict her sense of distrust.

That water theme makes sense when you consider the fact that Sisu’s dragon power makes her a water expert. “I think the magical thing about Sisu, in this movie, is that she has that trust and that faith in humanity, even when we don't deserve it,” Screenwriter Adele Lim shared. “Even when we betray it. Even when we let each other down again and again. We can feel embittered. We can feel caught up in our own grudges. But, some creature like Sisu being able to see that sort of divine core within everybody is the thing that inspires everyone.”

Through Sisu’s character, audiences also get to see a divine character try on human life for size. “A nice texture also to Sisu's character is that in the movie, she gains the power of shapeshifting, and she's able to transform into a human,” Co-Director Carlos López Estrada shared, having joined Walt Disney Animation Studios for his first animated feature. “And that allows her to also understand what it feels like to experience the world through our eyes. The distrust and the challenges that we face with each other. And that, I think, brings her just a little bit closer to us and allows her to speak not only from experience and not only from hundreds of years of wisdom, but also just from a different perspective, which is many times something that we lack.”

In addition to telling a culturally specific action adventure story with a female protagonist and Southeast Asian characters, it was important to the filmmakers that the film also be gender balanced. “It’s a story about trust, and it’s a story about people doing what’s needed to come together,” Producer Osnat Shurer revealed, having previously worked on Moana. “It’s not exactly incidental what gender they are, but they’re working for something so much greater… We actually see it as a world that more reflects the world that we live in, and if we look in the crowds, and if you look among the guards, you will always see about a 50-50 split, which is more similar to the world we all live in.”

Recovering a piece of her fractured Dragon Gem, Sisu discovers the ability to shape-change into human form. © 2021 Disney. All Rights Reserved.

The creative team at Walt Disney Animation Studios found their own sense of trust put to the test when working on Raya and the Last Dragon when they found themselves isolated, making the film from the homes of artists rather than the iconic sorcerer hat animation studio in Burbank. “Animation is the most collaborative process in the world and so much of our creative process involves close collaboration together in the same space,” Don Hall explained when talking about animated the film completely at home. “And I’m not just talking about being in the same room for creative meetings, collaboration happens in hallway conversations and over coffee breaks in our beloved caffeine patch. It’s kind of our secret sauce.” With faith, trust, and surely an ample amount of pixie dust, a team of 450 artists and support staff were able to deliver Raya and the Last Dragon to the world at a time when audiences need it most. “We’re incredibly proud of every single person in the studio who came together under really unprecedented circumstances to make this film,” Osnat Shurer added. “It took dedication, talent, flexibility, artistry, and most of all, trust.

“Working for Disney, I think part of what we do is that we deal in magic,” Writer Qui Ngyen shared. “I think, right now, the world is very broken. This movie has a lot of magic in it, but I think the biggest piece of magic in it is trust. It is the real secret ingredient that will save our fictional world of Kumandra. And it’s a message I think is really important for the world to have and see.”

Raya and the Last Dragon is coming out this Friday, March 5th, in theaters and on Disney+ though Premier Access.