The UFC has put together some truly incredible cards lately featuring matchups between some of the best fighters in the world. UFC 259 though, is on another level. Four champions. Three championship fights. This is really an event for the ages.

The middleweight champ will look to make history by capturing the light heavyweight crown. One of the most dominant fighters of all-time will try to remain on top. The recently-crowned bantamweight champion will try to prove himself be holding off another talented and dangerous challenger. It all goes down tomorrow night. 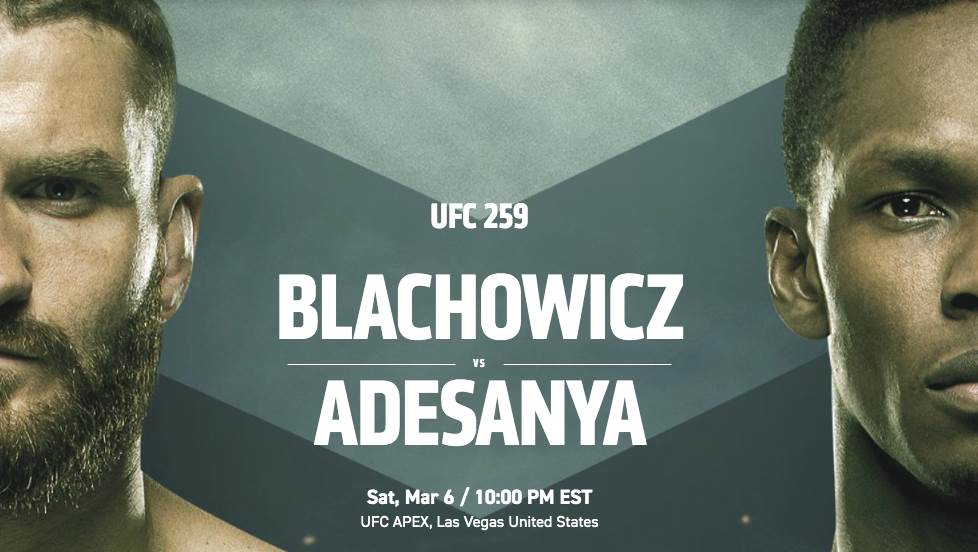 The bantamweight championship was vacated by Henry Cejudo in 2019, leaving the division open for a new king to claim the throne. Yan did just that when he defeated Jose Aldo in July. That was just the latest in a long list of impressive wins that includes names like Urijah Faber, Jimmie Rivera and John Dodson. In fact, he hasn’t lost a fight since 2016 and he has since avenged that loss. This 10-fight win streak makes him one of the hottest fighters in the world and his dangerous hands are probably the biggest reason for that. He’s the champ for a reason and he’s going to look to prove that with a big performance here.

His opponent will be bringing a very different skillset into this fight. Sterling comes into this one with a five-fight win streak and a 19-3 record overall. The challenger is a great athlete with some creative striking skills but his bread and butter is his grappling. With eight submission victories, including his most recent one over top contender Cory Sandhagen, Sterling is a tough matchup for anyone. This is a classic matchup of styles and it will be interesting to see which one wins out.

My pick: Sterling via 3rd round submission

Everyone loves a good underdog story, but every now and then the numbers will pretty much tell you who is going to win. At the time of writing this, Anderson is currently a +750 underdog. Those odds are simply astounding. That being said, Anderson is not a fighter you can simply write off. Her one-punch knockout power will always give her a chance against any opponent, even if it is arguably the most dominant fighter in UFC history. Anderson comes in with an 11-4 record and six knockouts. She is typically able to overpower her opponents, but that is probably not something she’ll want to test here.

What really needs to be said about Amanda Nunes? She hasn’t lost a fight since 2014. She’s looking to tie Ronda Rousey for most consecutive defenses of the women’s bantamweight crown. She already holds the record for longest combined championship reigns. Oh, and she’s only 32 years old. Provided she doesn’t get bored, her dominance could continue for years to come. She’s an overwhelming and overpowering striker, a smothering grappler and an all-around nearly unbeatable fighter. She’s as good as we’ve ever seen and every time she steps into the octagon, you know you’re watching something special.

My pick: Nunes via 4th round knockout 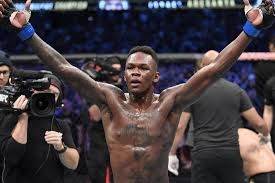 Only seven fighters in the history of the sport have ever held championships in two different weight classes. Of those seven, only four have held the titles simultaneously. Adesanya will look to make history tomorrow night by bringing that number to five.

The middleweight champion is as good as they come. The 31-year-old Adesanya is a perfect 20-0 and comes in with 15 knockouts. He is one of the most creative strikers the sport has ever seen and, due to his unorthodox style, he is a puzzle that no fighter has been able to figure out. It will be interesting to see if he will come into this fight with the same punching power he normally has, jumping from 185 lbs. to 205. Rumor has it, he’ll be coming in much lighter than that 205 limit which will make him the much smaller fighter here, but his knockouts typically come more from volume anyway so that may not be too much of a factor.

Across the octagon will be yet another champion with something to prove. Blachowicz claimed the vacated light heavyweight title last year when he knocked out Dominick Reyes. Despite his 27-8 record, his nine submissions and eight knockouts, his four-fight win streak and the belt he currently holds, he comes in as the underdog. Make no mistake, Blachowicz is a very tough out and he can put anyone to sleep in a matter of seconds. A win here would cement him as one of the best pound-for-pound fighters in the world. There is a lot on the line for both fighters here.

My pick: Adesanya via decision