Touchstone and Beyond: A History of Disney’s “What’s Love Got to Do with It”

Now that the Oscar nominations for 2021 have been announced we wrap up this ‘Awards Season’ retrospective with the 1993 biopic What’s Love Got to Do with It. Sit back and enjoy Angela Bassett performing as Tina Turner in this Oscar nominated film. 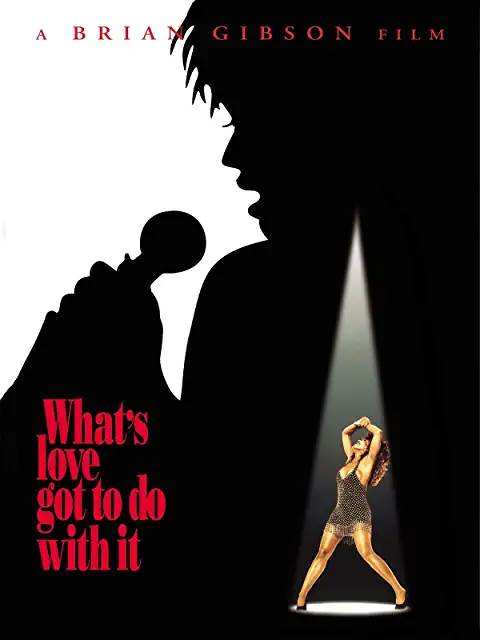 Anna Mae Bullock (Angela Bassett) who was once abandoned by her mother and raised by her grandmother has grown up and is staying with her mother Zelma (Jennifer Lewis) now. Anna Mae is an adult and looking to survive in the city after the death of her grandmother.

At a club one-night Anna Mae meets Ike Turner (Laurence Fishburne) and falls in love with the charismatic singer. Ike sees the raw talent in the young Anna Mae’s voice, and Ike sees an opportunity for success. Convincing her mother that Anna Mae needs to join his group, Ike and Anna Mae set out on the road touring from one performance to another. The two fall in love and marry, and Anna Mae takes the name Tina to match her new last name.

Soon Tina and Ike Turner are a smashing success with gigs all over the world. While the world sees the talent these two have, the price of fame causes Ike to buckle under the pressure. Their marriage starts to crumble. Ike becomes abusive and regularly takes his anger out on Tina leaving her beaten up and bloodied. This violence would last for decades.

Finally, Tina overcomes her fear and leaves Ike. In court Tina states is willing to forgo all financial responsibilities from Ike if she can keep her name. The judge sides in Tina’s favor, and the two are legally divorced As Tina rebuilds her career and begins performing on her own, the threat from Ike will always be in the background. Even a final confrontation with Ike as he brandishes a gun will not stop Tina from performing.

Angela Bassett is perfect. There is no one else who could portray Tina Turner to the level that Bassett brought to the role. She grows from the young girl who is unsure of herself to the full throttle mega star of Tina Turner with such skill and talent that it is hard not to be in awe of Bassett’s performance. Biopics can challenge the actor as they try to capture the essence of the subject and make a credible performance on screen. The danger of a film about a living person is that the actor can also turn the subject into a caricature which diminishes the role and the person. Angela Bassett hit this role out of the park. Every moment she is on screen is electrifying.

Laurence Fishburne had a difficult job in showing the layers of Ike Turner. When we first meet Ike, he’s a cool suave musician that every man and woman in the club admires. Fishburne with his hair slicked back, projects that cool vibe of the 1950’s singer. As their relationship blossoms, Ike transforms to a loving husband who then sheds that skin for an abusive monster. The pain and the suffering that he inflicts on Tina is horrendous. Laurence Fishburne is on his game as he uses his speech cadence, tone, how he moves his eyes, and even his body language to project the levels that make up Ike Turner. The audience is treated to the brilliance that Fishburne has while he takes the viewer on a rollercoaster ride throughout the film.

If you don’t like biopics then this isn’t the film for you.

What’s Love Got to Do with It gets a solid 4 Golden Popcorn Bucket rating. If you haven’t seen this incredible film, check it out.

King Kong and Godzilla might be tearing up the screen but there’s another bunch of monsters to check out with the Touchstone Pictures Reign of Fire starring Christian Bale, Matthew McConaughey, and Gerard Butler.