Sofi is in a pickle and I’m tired just watching her. After last week’s announcement that she will be moving over to the Don’t Bothers, we finally see her donning the orange and brown. The problem is she still hasn’t told her Ivy League-centric parents, so she’s doing double duty. She practices with the Ducks, runs to make the bus, and heads over to the Ice Palace for practice number two. I just want her to sit down and breathe. Blink twice if you need help! The scheme she has worked up doesn’t last long, as Alex tells her a signed permission slip from Sofi’s parents is required for her to continue with the team. As we are reminded, her parents only like A+ people. They have been planning their daughters eventual acceptance to Harvard since she came out of the womb. Being on a losing team? Yeah, that ain’t going to happen. In the hopes to bring some joy back into her life, Sofi decides to forge her parents’ signature. She can keep up this two team ruse for a while, right? Right?!

Meanwhile, Alex runs into the absolutely insufferable Stephanie and the passive aggressive insults are in ample supply. Stephanie is put off by the sketchy part of town she has ended up in (cough cough The Ice Palace) and must verbalize her disgust. Gordon, also part of the interaction, looks on with shock and confusion that left me uncontrollably chuckling.

Alex and Gordon are invited to dinner by Stephanie and her husband after the run-in and the conversation quickly turns into a discussion about the Mom Drill Games. The hockey moms from the Ducks play another team every year in a round of basic drills to see who comes out on top. With the opposing team dropping out last minute, Gordon suggests Alex and the Bother moms. Alex is perturbed, but without a clear way to bail, rounds up the moms to practice.

As Sofi continues to run between practices, she finally slips and reveals her dedication to both teams. Of course, her uptight parents don’t want her playing for a “loser” team. Sofi is hurt, Alex is hurt, I am hurt. A wager is presented: If the Don’t Bother moms win the drill games, Sofi can become a Don’t Bother. Otherwise, it’s back to quacking on the Ducks. 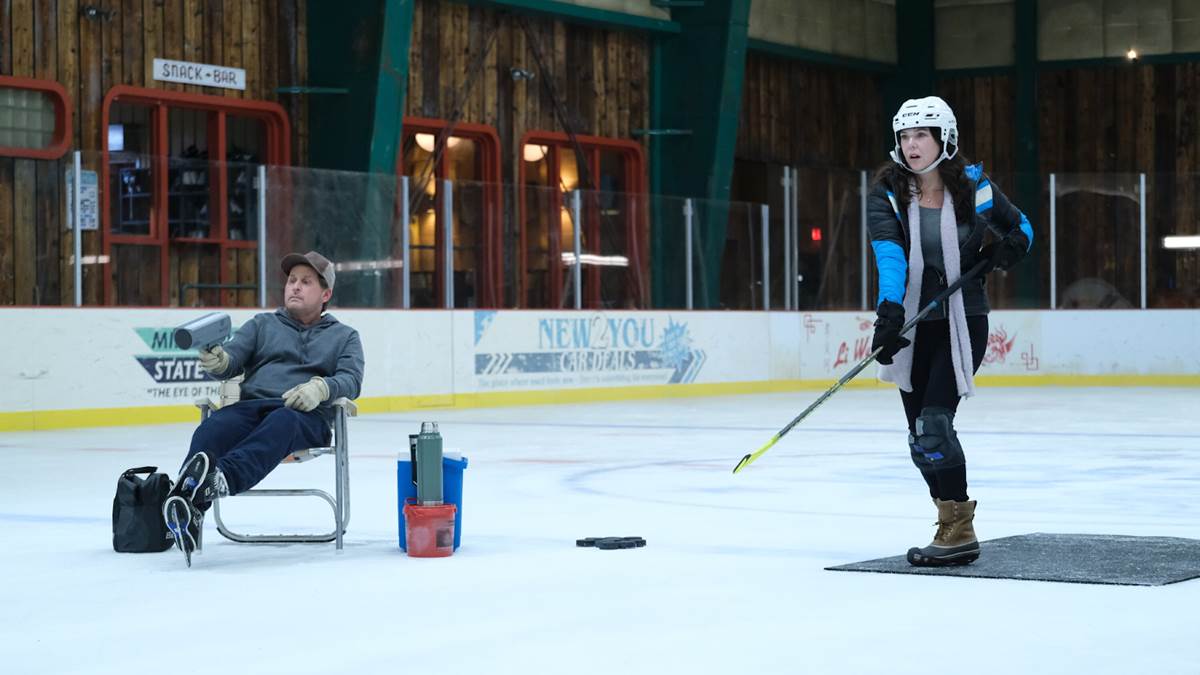 Alex wants to win the drill games not only to help Sofi be a little happier, but also to stick it to Stephanie and her classist self. Gordon helps her train through anger tactics, and as weird as it sounds, it works. Highlighting all the ways Stephanie has disrespected Alex over the years gets her amped up and ready to win. A smidge of romantic connection starts to bloom between the two as well, leading to me ooh-ing and ahh-ing at my screen like I was in the 2nd grade.

At the drill games, Alex comes out on top with a 41 mph slapshot, but of course, the Ducks parents find a technicality to disqualify the win. The whole lot of them are truly vile and I hope all of their kids become unsuccessful out of spite. Luckily, Sofi’s father sees the devastation in her eyes and decides to sign the slip and allow her to become a Don’t Bother. My excitement over Sofi being able to rest knows no bounds!