When most people think about comic books, they think about men and women in tights and capes who can fly and shoot lasers from their eyes and do whatever they want without any consequences. And sometimes they would be right. More often than not though, this is not the case.

“Way of X #1” is the perfect contradiction to that thought. Mutants have established a new way of life on Krakoa – one that allows them to quite literally cheat death. But if you do not fear death, does life begin to lose its value? Nightcrawler is uncomfortable with this new way of life and might just be looking to make some changes. Now that Mutants have their resurrection protocols in place, young mutants are growing up in a world in which they cannot die. This is of course a valuable tool for Mutants like the X-Men, who are constantly risking their lives for the betterment of Mutantkind and the world as a whole, but what is it doing to the rest of them?

On a mission with a team of some of those younger mutants, Nightcrawler watches as one of them allows herself to be killed, simply because she can. Being a man (or Mutant) of God, Ngihtcrawler is uncomfortable with this. Seeing the way the resurrections are handled by other Mutants – namely Magneto – only makes things worse.

Charles Xavier senses that his old friend is not happy with the way things are being handled and tasks him with finding a solution. First though, someone is standing in their way, an ominous figure known to the young Mutants as the Patchwork Man. Nightcrawler will have to confront this living ghost story before he can solve the bigger problems. “The Way of X #1” goes far beyond what people think is the typical comic. This isn’t just a colorful team of superheroes banding together to fight an even more colorful super villain, or a kid being bitten by a radioactive anything to gain fantastical power and stop bank robberies. This is a story about a fascinating philosophical dilemma and the people who want to solve it.

While other “X” books can get bogged down by focusing on a wide array of characters, writer Simon Spurrier keeps things simple by focusing mainly on Nightcrawler and peppering in some of your other favorites throughout. And the choice of character is brilliant too, as Kurt always has an air of innocence about him and is so often the moral compass for these characters. 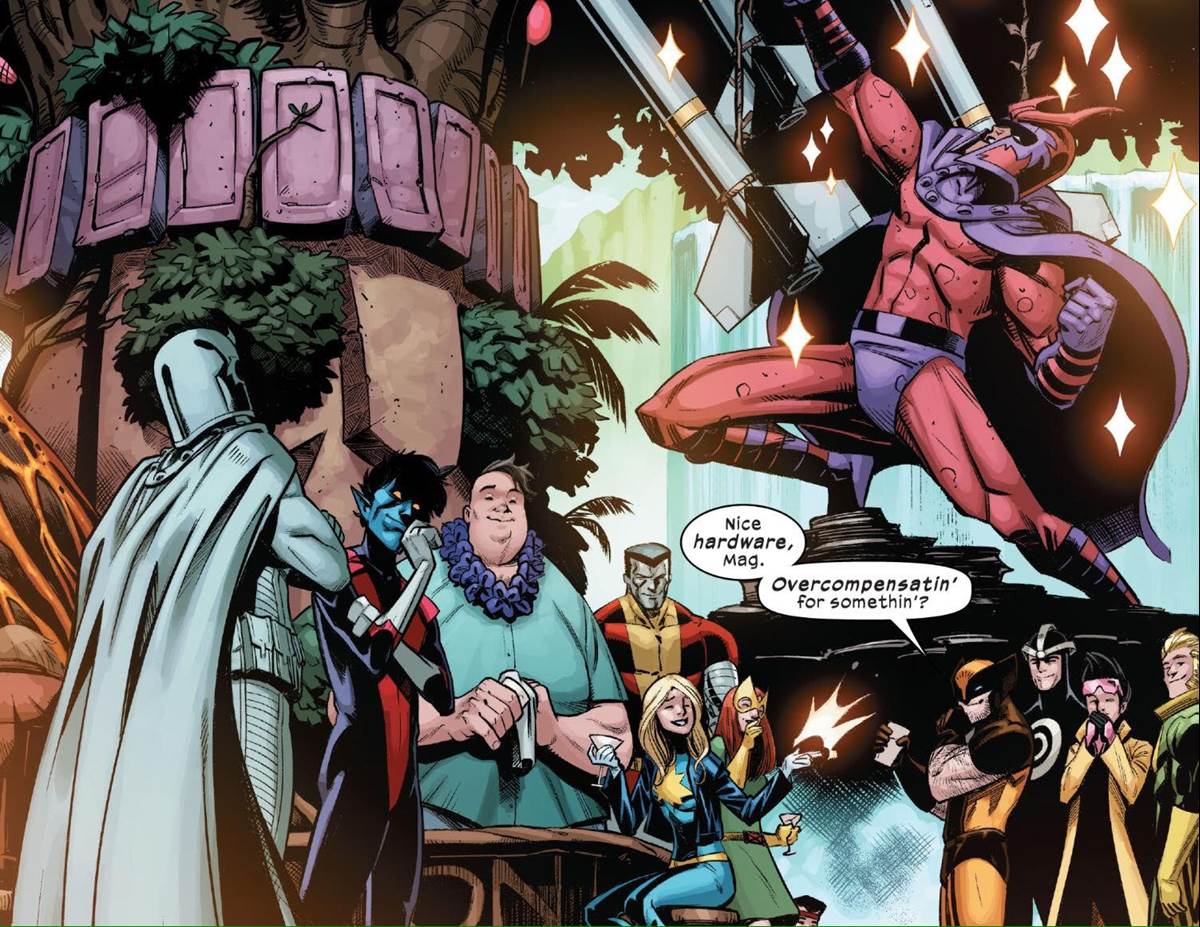 And yet, even with the heavy subject matter this issue covers, it never takes itself too seriously. There’s still time to throw a jab or two at Magneto, introduce a bizarre new character who literally makes almost everyone puke and give us a fun super-powered fight sequence.

And on top of all that, there’s even a ghost story at play here. The children spread the rumors of this Patchwork Man, who lurks in the shadows and manipulates young mutants. They even tell his story around a campfire. It all adds up to a very exciting reveal that sets up a very interesting story going forward. You can check out “Way of X #1” now. For more on this week’s comics, check out today’s episode of Marvel Time: