Countdown to Avengers Campus: The Orb of Cagliostro

As we get closer and closer to the opening of Avengers Campus at Disney California Adventure, we continue our look at some of the Marvelous details that will be found in the new land. Next, we look at one of the big icons of the new land. The Ancient Sanctum is where guests will be introduced to the mystic arts and find the Orb of Cagliostro. Our recent sneak peek at Avengers Campus showed off some fun details from around the park. One of those details was the Orb of Cagliostro, a massive structure that will come to life at night with magical energy. It’s a stunning centerpiece for this area of the new land and will bring some of the mystic arts to the park.

But it’s much more than just that. The Orb of Cagliostro is also a nod to the Marvel Cinematic Universe, and more specifically Doctor Strange. When first exploring the library of Kamar-Taj, Strange gravitated toward a certain book, which he quickly noticed had some pages missing. Wong explained that this is The Book of Cagliostro, a study of time. 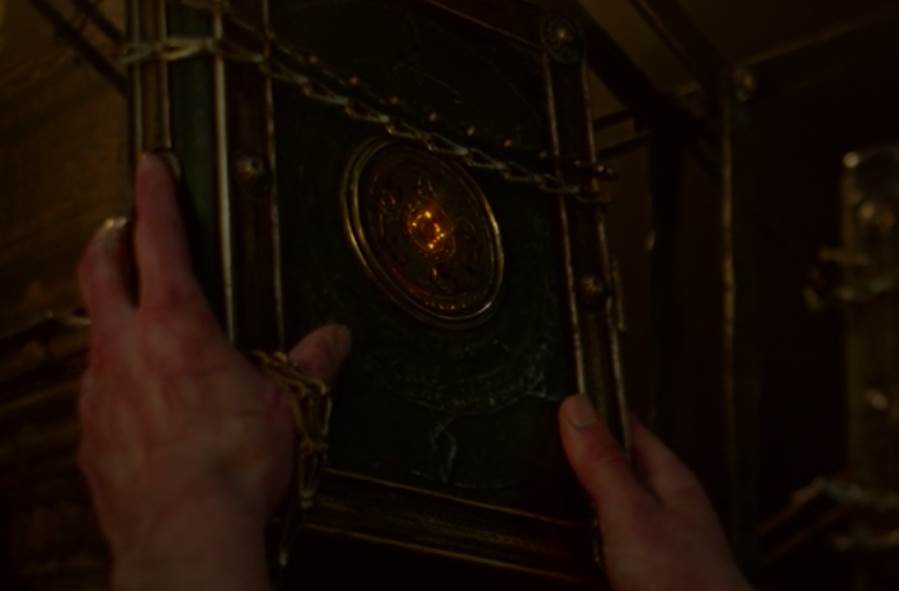 Kaecilius, the antagonist of the film, stole pages from the book in his efforts to summon Dormammu. In other words, The Book of Cagliostro features some dark teachings. One would think the Orb of Cagliostro might just have some of that same energy. Perhaps the Dark Dimension might just find its way into Avengers Campus.

This is also not the first mystical orb of a legendary sorcerer we’ve seen. The Eye of Agomotto isn’t the only relic the sorcerer left behind. The Orb of Agomotto hovers above the Eye in its home in Kamar-Taj, displaying the locations of the three sanctums as Wong and Mordo explain the purpose of these sorcerers to Strange. While the Orb of Agomotto serves a purpose for the sorcerers protecting our realm, the Orb of Cagliostro seems to have some much darker potential. Could this beautiful centerpiece be bringing something much darker to Avengers Campus?