Coming off of a wildly entertaining card at UFC 261, the UFC is back this weekend with UFC 262 emanating from Houston, Texas. Some of the best fighters in the world will descend upon the Lone Star State and look to put on a show that lives up to last month’s instant classic.

Two of the best lightweights the sport has to offer, each coming off of very impressive victories, will look to capture UFC gold in the main event. Plus, two more top lightweights will look to inch closer to a title shot and two top women’s flyweights will try to stake their claim for the next championship opportunity. The women’s flyweight division is a tough one to figure. So many of the top-ranked fighters have traded wins and losses and just about all of them have already lost to the dominant champion Valentina Shevchenko. That’s exactly the case for Chookagian. She’s coming off of a win over the fifth-ranked Cynthia Calvillo and a loss to the top-ranked Jessica Andrade. Before that, she suffered a knockout loss to Shevchenko. You know she wants to climb her way back up for another shot at the flyweight crown, but she has her work cut out for her before she can get there.

The seventh-ranked doesn’t have quite as much experience as her opponent here, but she does have some impressive wins, including one in her most recent fight against Roxanne Modafferi. Unlike Chookagian, Araujo has not yet faced Shevchenko so the mystery is still there regarding whether or not she could have the secret formula to dethrone the champ. We may never know though, because first she will have to get past Chookagian. This seems like a fight that will go the distance, and if that is the case, Chookagian has the skills to grind out the win.

My pick: Chookagian via decision

Talk about a perplexing fighter. Tony Ferguson won 12 consecutive fights from 2013-2019. A championship bout between him and Kahbib Nurmagomedov was attempted on several occasions but one freak accident after another kept it from ever happening. Instead, Ferguson got an interim title shot against Justin Gaethje and was picked apart on the feet en route to a knockout loss. He followed that up with a very one-sided loss to Charles Oliveira in December. After not losing a single fight for more than six years, he’s dropped two in a row and hasn’t looked particularly good in doing so. It’s tough to see, but the 37-year-old may be nearing the end of his career. That being said, he is still one of the most talented and creative strikers in the game and that will always make him dangerous. He might just have one more run left in him.

And speaking of dangerous, Dariush is on a bit of a tear, winning six in a row with two knockouts and two submissions. The 32-year-old is 20-4 overall and has some very solid wins under his belt. Ferguson would be by far the biggest name on his resume if he can pull out a win tomorrow night though and this would be a very nice feather to put in his cap as he looks to climb up from that #9 ranking to a future title shot.

My pick: Ferguson via 3rd round knockout 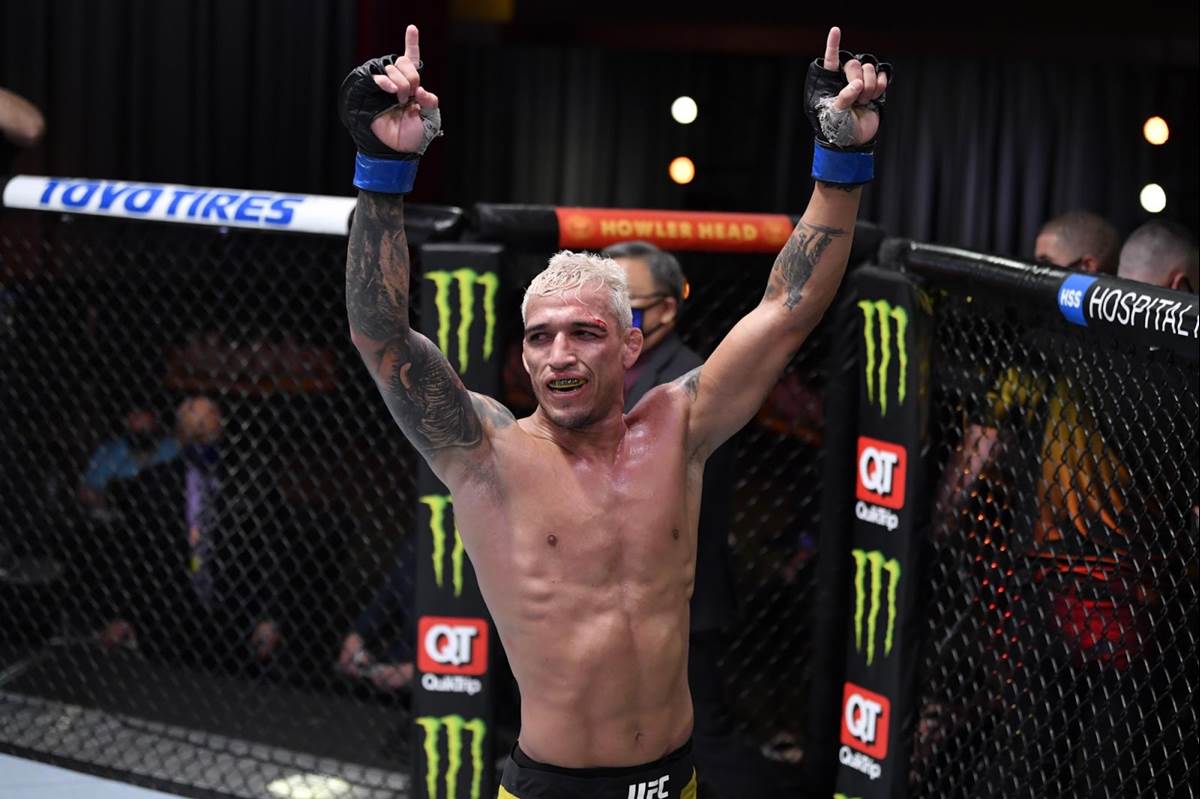 Oh boy. If you want an exciting fight with a lot on the line, look no further. This is one of the most explosive main events in quite a while and fight fans should be thrilled to get the opportunity to see it. Both of these guys are absolutely finishers and will likely bring some fireworks tomorrow night.

Oliveira is just 31-years-old and already has 38 fights under his belt. Even more impressive, he has won 30 of those fights and finished 19 opponents via submission. He’s also won eight in a row, including a dominant performance over Ferguson to earn himself this championship opportunity. Coincidentally, that was the only one of those eight wins that wasn’t a finish, and yet it was his most impressive showing. Oliveira has been one of the best fighters in the UFC for a long time, but now he’s looking to make the jump to that top tier.

Standing in his way is a guy with only one UFC fight under his belt. But man did he make it count? In his debut, Chandler knocked out perennial contender Dan Hooker in just two and a half minute to earn himself this opportunity. Prior to that, Chandler was one of the best lightweights Bellator had to offer and his name was always brought up when talking about the best lightweights in the world. He has explosive power in his hands – just ask former UFC lightweight champ Ben Henderson, whom Chandler knocked out in his final fight with Bellator.

This is a classic matchup of two very different styles. Chandler is going to look to strike and keep Oliveira at distance in order to keep the fight on the feet. However, after his showing against Ferguson, Oliveira might just be content with that strategy. Either way, this is going to be a very exciting fight.

My pick: Oliveira via 3rd round submission