The UFC returned to the Lone Star State tonight with one of the most exciting lightweight championship bouts the sport has seen in a long time. The main card was loaded with talent, which resulted in some incredibly exciting fights and thrilling finishes.

Let’s take a look at some of the highlights of the night and break down the three fights we looked at in our UFC 262 preview. 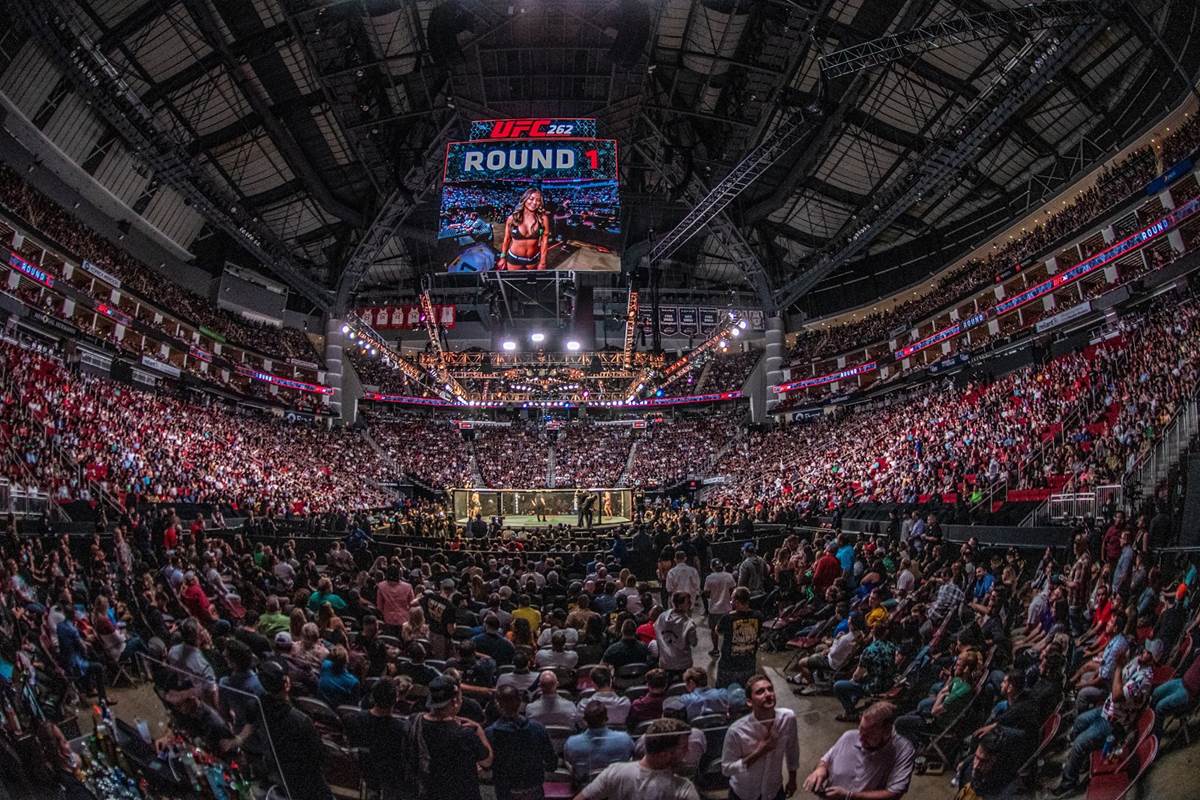 In the first fight of the night, Sean Soriana looked very good in the early going, using some very fast hands to get the better of Christos Giagos on several exchanges. In the second round though, Giagos managed to score a takedown and wasted no time in putting his opponent to sleep with a d’arce choke. It was a great example of what sets MMA apart from all other sports. No fight is ever over until it’s really over. If one technique isn’t working, you can change up your gameplan and get a win in a completely different way.

In an absolutely wild bout, Jordan Wright scored a knockout win over Jamie Pickett in just one minute and four seconds. With Pickett looking for a takedown, Wright managed to hurt him with some elbows and pounced on his opponent, winging multiple wild punches before putting the fight away with some ground and pound. It was a big win for Wright, who improves his record to 12-1.

In the final fight before the main card, Jacare Souza suffered a freak injury in his fight against Andre Muniz. The legendary grappler found himself in a bad position, with his opponent on his back, before they fell awkwardly to the ground. Muniz obviously had the dominant position but it was a very strange position that resulted in Muniz putting a lot of pressure on Jacare’s right arm. It didn’t take long for that arm to snap, which viewers could unfortunately hear very clearly on the broadcast. Muniz immediately let go of his submission and the fight was stopped.

In the first contest of the main card, Shane Burgos squared off with Edson Barboza in what everyone expected to be an instant classic. These guys absolutely delivered on that expectation. They traded big shots for the first two rounds and most believed it was even heading into the third. In one of the most bizarre knockouts ever, Barboza landed and right hook that Burgos appeared to handle without issue. After a few seconds though, he stumbled back into the cage and hit the ground unconscious. It was a very strange ending to an incredible fight. For anyone who wants to see a very entertaining, highly technical fight, this is the one to put on. Both of these guys put on an absolute clinic in the striking game.

In a bantamweight bout, Matt Schnell and Rogerio Bontorin put on another nice striking match for three full rounds. Both fighters traded some good shots and it was a very tough fight to score. Halfway into the third though, it was Bontorin who landed a big combination and scored a takedown. From there, he was able to control the position and land some big shots on the ground until the final horn. The judges unanimously scored the fight for Bontorin, who picked up a big win.

THAT KICK ?@EdsonBarbozaJr has the crowd going WILD in RD 1 #UFC262 pic.twitter.com/wN6aWjAnmb

Two of the top women’s flyweight contenders squared off with a future title shot in their sights. It was clear right from the beginning that Chookagian had the advantage from a technical standpoint but Araujo was throwing the much stronger punches. After a very close first round, Araujo scored a big takedown and secured a dominant position for an extended period of time, during which she looked for multiple submissions on Chookagian. Despite what was reviewed as a potential tapout, she was unable to secure the victory and Chookagian managed to get back to her feet. After that, it was clear the grappling exchange took a lot out of Araujo as Chookagian was much more active on the feet for the remainder of the bout. Chookagian dominated the third round en route to a unanimous decision victory. It was a fun fight and Chookagian showed why she is the number two contender in the women’s flyweight division. She could be next in line to face Valentina Shevchenko.

My pick: Chookagian via decision

The crowd was very hyped up for this one, with chants of “Tony” ringing through the arena in the lead up to it. It didn’t take long however for Dariush to score a takedown and control the first round. That was the story of the fight as a whole, as Dariuah dominated the former champ with ground control. The highlight of the fight came in the second when Dariush locked in a heel hook that had Ferguson screaming in pain. He showed his otherworldly toughness though and just kicked his way out of the submission, despite likely having his knee torn up. It was an upsetting performance for the former champ, who drops a third in a row.

My pick: Ferguson via 3rd round knockout

The hype was real for this main event. The energy in the arena was electric and the commentary team let us know it. This was a great matchup of two very different styles and we saw them both early. Oliveira had Chandler in trouble quickly, taking the back and looking for a choke. Chandler survived and managed to explode out and get back to the feet though. From there, he stunned Oliveira with some big punches and had him in trouble multiple times, stealing the first round. When it seemed like Oliveira was out of this fight and Chandler was going to control it in the striking, Oliveira landed a big left hand and dropped his opponent. He pounced and landed a few more big shots before the ref stepped in and called the fight, crowning Oliveira the new lightweight champion. It was an incredible back and forth battle and an instant classic. Oliveira’s reign as lightweight champion could be a very long one.

My pick: Oliveira via 3rd round submission

Result: Oliveira via 2nd round knockout

The UFC will return to ESPN+ on Saturday, May 22 for UFC Fight Night: Font vs. Garbrandt. Be sure to check back for a preview of the event.