If this be… Marvel’s M.O.D.O.K. on Hulu! The new stop-motion comedy series debuts on the streaming service this week and it will bring a ridiculous and raunchy version of the Marvel Universe with it.

The Mental Organism Designed Only for Killing has gone toe to toe with the Avengers, created some of the world’s most incredible and horrifying inventions and terrorized humanity for years. Now he has to deal with his toughest challenge yet: a midlife crisis. From the announcement of this series to the week of its debut on Hulu, the passion from creator and star Patton Oswalt and co-creator Jordan Blum has been palpable. It was clear they had a strong desire to give life to one of Marvel’s most ridiculous characters and add a twisted sense of humor to him as well.

On that front, they have certainly succeeded. Marvel’s M.O.D.O.K. is as off-the-wall as the trailers make it seem. The outrageous comedy is thrown at the audience again and again until you almost can’t take it anymore. But just when you think you may have reached your limit, another joke lands in a big way and brings your right back in.

It should be noted that this is not at all the kind of project you are accustomed to seeing from Marvel. It is much more on the Deadpool side of things than it is the Avengers side, but even then it still pushes the limits in completely new ways. Let’s just say, if the kids are excited about a new Marvel animated series, maybe direct them toward What If…? instead. 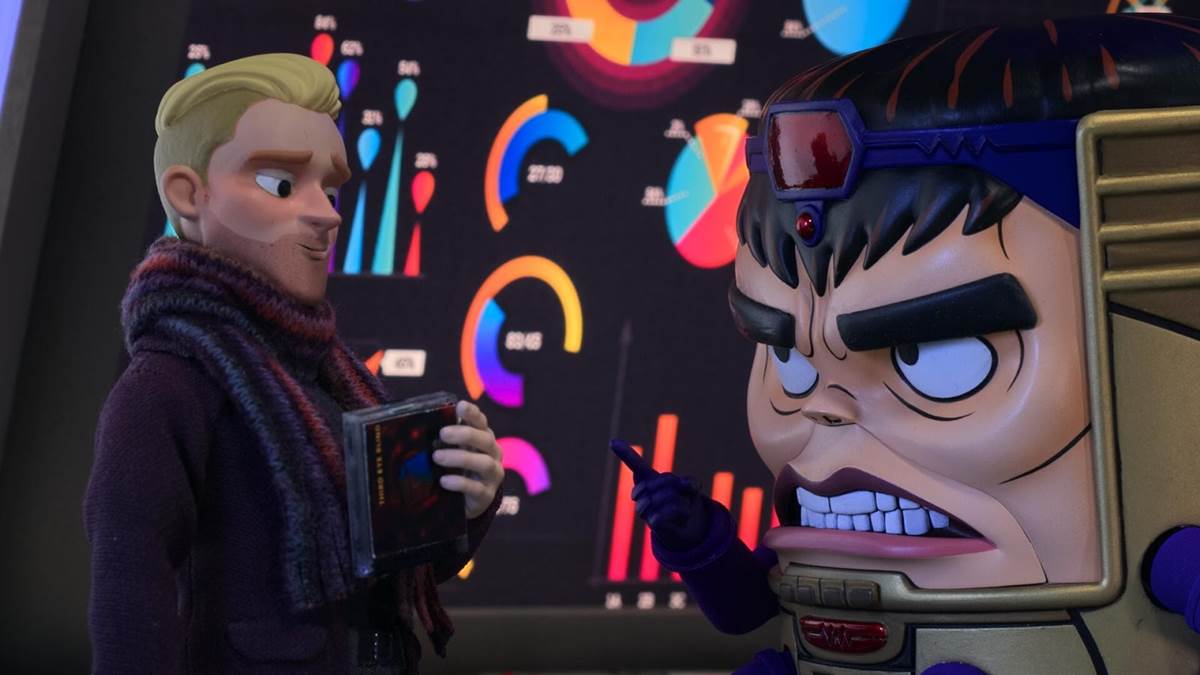 The brightest spot of this new show is without a doubt its cast. Oswalt of course is hilarious as the titular villain/protagonist, in a raunchy style that blends his sitcom work with his standup comedy. It’s the supporting cast that puts this show over the top though. Aimee Garcia, Melissa Fumero and Ben Schwartz bring a lot of heart to the show while still managing to be hysterical in their own right as M.O.D.O.K.’s wife and kids. John Daly also steals several scenes as the hilarious Super Adaptoid.

But it’s not just the voice cast that makes this show so great. Marvel fans will be excited by the cast of characters that show up throughout the series. Some of M.O.D.O.K.’s greatest enemies – like Iron Man and Wonder Man – have roles to play in this show. And on top of that, some of his fellow villains pop up as well, like Leader, Madame Masque, Mister Sinister and more. There are also just tons of other references to the Marvel Universe scattered throughout every episode to get Marvel fans excited. 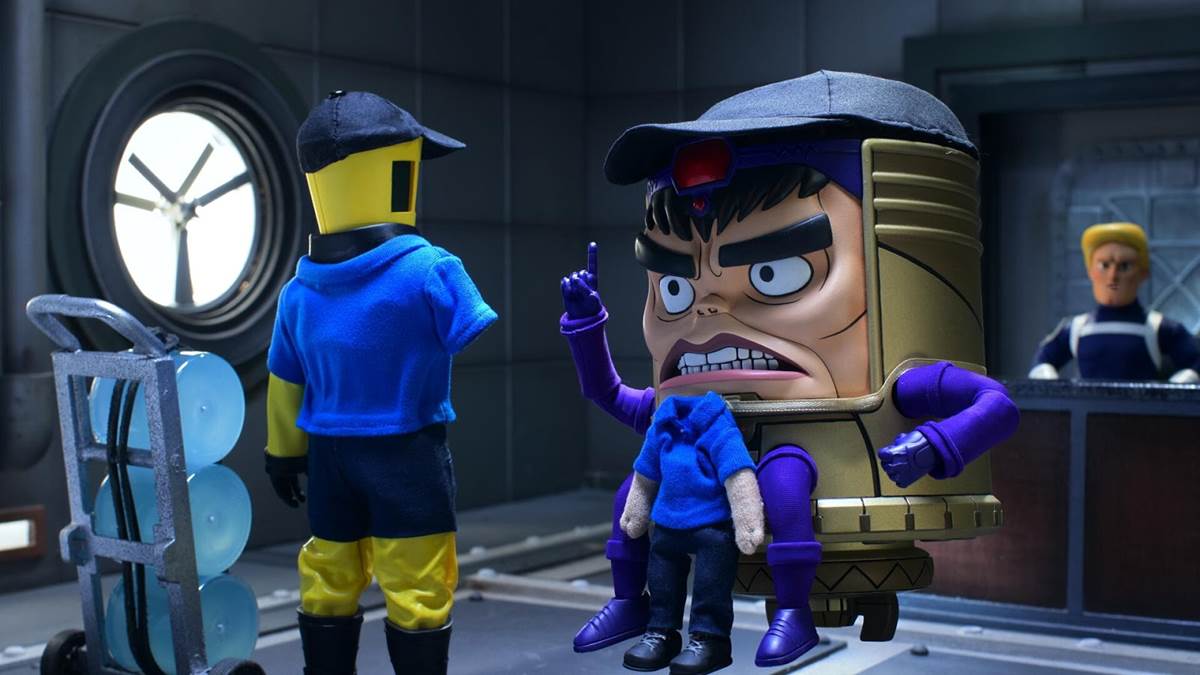 There’s no question Marvel’s M.O.D.O.K. employs a very specific type of humor. It’s going to hit big for some and miss big for others. Either way, the sheer volume of jokes in each and every episode is sure to get at least a chuckle out of most of its viewers. Though it seems likely this show may ruffle some feathers, it’s equally as likely to develop a very dedicated following.

Whether the humor hits or not, Marvel fans are sure to at least enjoy this series for the characters and other references to the comics. Plus, what Marvel fan hasn’t always wanted to see A.I.M. headquarters as the setting of a workplace comedy? Overall, Marvel’s M.O.D.O.K. is an enjoyable comedy that will go over the top at times but can easily be carried by its hilarious cast. 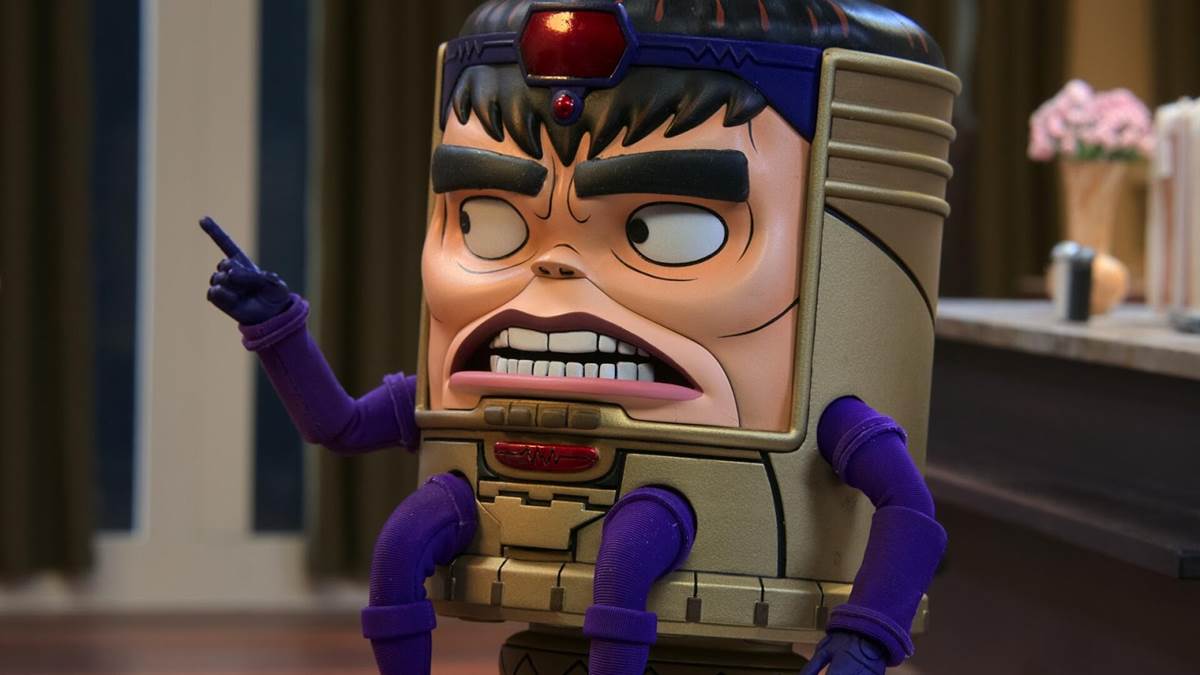