First announced in 2019, Disney’s Launchpad program gives filmmakers from underrepresented backgrounds the chance to create their own short film and get it in front of a wide audience on Disney+. The first collection of short films premiered on May 28th, including American Eid. I had the opportunity to meet with director Aqsa Altaf to discuss her inspirations behind the short film, and that Ms. Marvel Easter Egg. 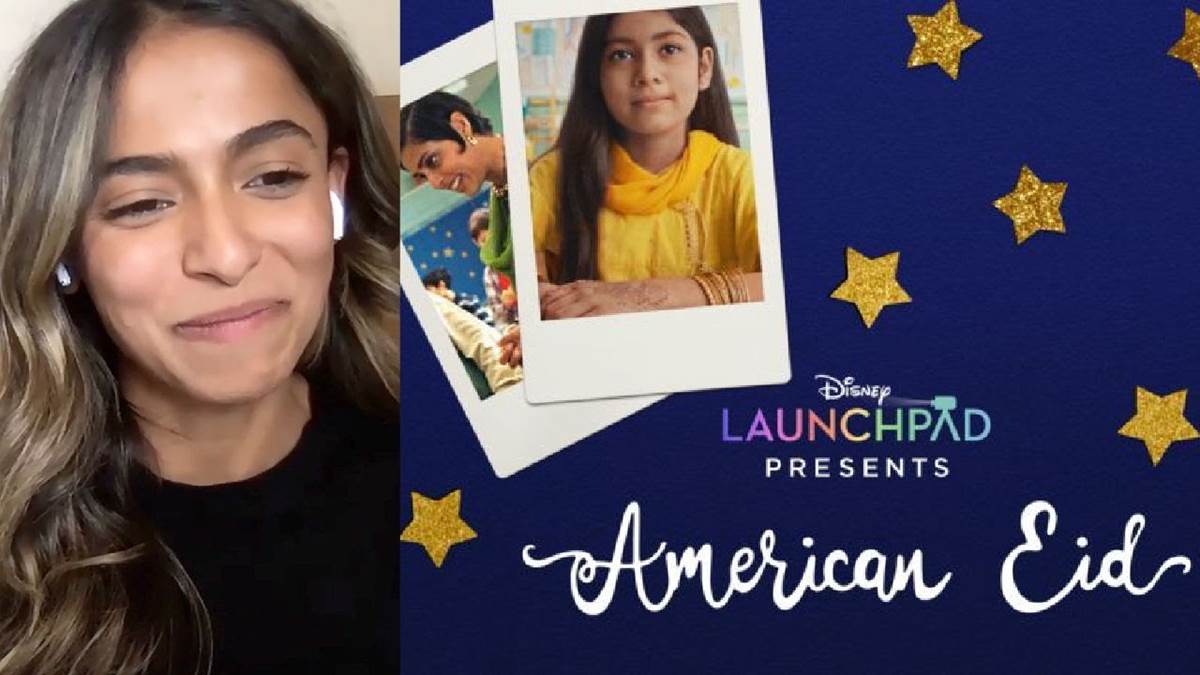 Alex: I was curious to know what was the inspiration behind your short film, American Eid?

Aqsa Altaf: Definitely the inspiration was my own experiences. Not all of it, but to an extent because I immigrated here when I was around 22, and I immigrated alone without my family. And I didn't have a community when I first moved here. So every Eid that came along every year, I couldn't go back home because I didn't get days off for it. And I just felt so alone because nobody around me even knew what it was, and not having a community made me feel even more alone. And it just became so sad and I realized I wanted to go out and talk about it and tell people about it to just bring awareness to it. But I remember thinking, like Z, nobody cares maybe. Why should I talk about something that has not already been talked about?" And as I grew older, I became more of an Ameena and I just want to share more about Eid. That's just why I made the film.

Alex: You sort of answered it a little bit, but my next question was going to be about how Ameena and Zainab handle entering the new culture differently. And I was curious to know if your own experiences as an immigrant kind of mirrored those, if you felt one way over the other? It sounds like you were more of a Z at first, but became an Ameena?

Aqsa Altaf: Yeah, exactly. And that's the immigrant experience I feel like it is. We started out all the stories about immigrants' experiences about assimilation. It's about you accepting your new home. But I feel like we're in a generation where it's about the home accepting you for who you are. The immigrant experience is a two way street and not just one way acceptance. So that was very important to me and something I learned as myself as an immigrant over the past eight years. So I definitely wanted to capture that in the story. And Ameena and Zainab show that two sides.

Alex: The first image we really see in the short is a bit of an Easter egg for Disney. It's a poster of Ms. Marvel. I was wondering if you could talk about why you wanted Ms. Marvel to be part of Ameena's story and why she latched onto that character.

Aqsa Altaf: Well, I always imagine Ameena to be a big fan of Ms. Marvel and actually, because she's still just so proud of who she is and her culture and religion. And I think another thing that is very important about Ms. Marvel is that idea of she's the first Muslim superhero. That's huge. It's huge for us. And also it represents we all have that superpower in us to go do and bring about change and good in the world. And that theme kind of gets reflected again in our classroom. And the teacher talks about the superpower that we all have in us. So it kind of has a consistent little hint. But Ms. Marvel in itself is just I love it. Ameena loves it, so we were like, we're going to have a poster of her in the room to kind of just show that superpower we all have.

Alex: The film shows the teacher, Mrs. Stone kind of making an effort to not only help Ameena feel welcome to included, but to call her parents and bring Eid into the classroom. In some ways it kind of feels like the main message of the story. Is that what you were trying to convey kind of teaching people here's how you can help an immigrant from another culture feel welcomed and included even though they can't necessarily have the same holidays off in that scenario?

Aqsa Altaf: Yeah. I think the arc of Mrs. Stone Is she wants to help this kid, but she's restricted by the traditions of the school system. She doesn't have it in her power to give a day off to her. So she calls her parents to tell her that, "Oh, Ameena is going around and doing this petition." And they together, Ameena's parents and Mrs. Stone together come up with this idea that maybe they can celebrate something at school. So she can't get a day off, but she can at least celebrate with their new home. Again, it ties into Mrs. Stone in a way ties into that idea she in herself took up to herself being like, okay, I can help in some way. I can collaborate with her parents to make it more special to her. So yeah, we all have that power in us. We might be tied by a lot of limitations and restrictions, but we can do something to make everybody feel included and loved.

Alex: Well, thank you so much, Aqsa. Congratulations again on completing American Eid.

American Eid is now streaming on Disney+ along with five additional Disney Launchpad short films. You can watch the full interview with Aqsa Altaf below.