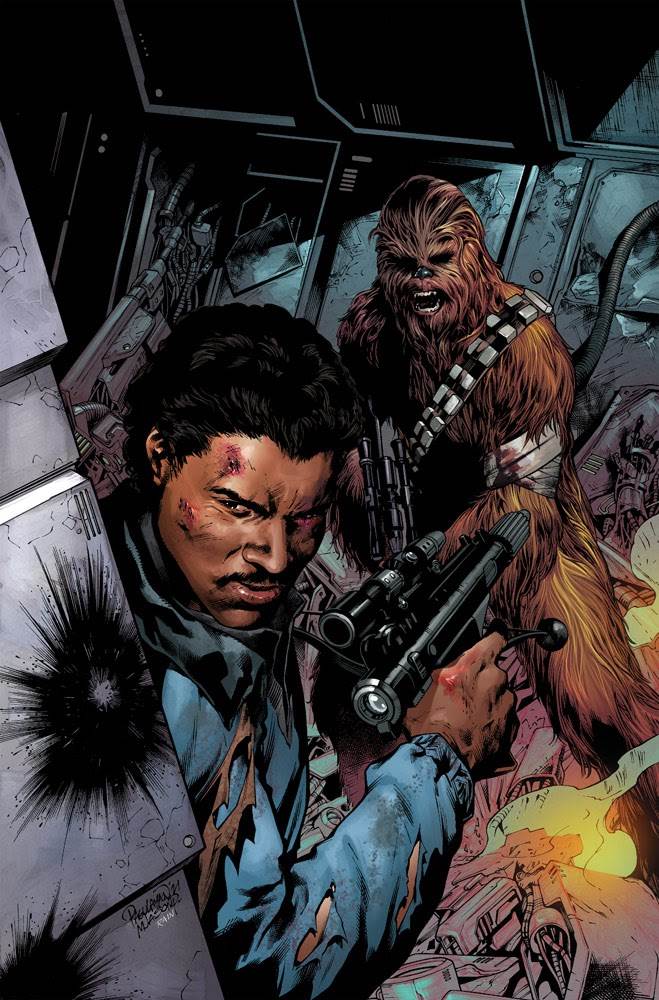 Princess Leia has made rescuing Han Solo a priority in issue #14 of the second volume of Marvel’s current main Star Wars comic book title. The issue, written by the highly acclaimed Charles Soule and illustrated by the extremely talented Ramon Sosanas, opens with Leia imagining Han being released from his carbonite prison. It’s an excellent tie-in to this summer’s Star Wars: War of the Bounty Hunters crossover event that takes place between the events of The Empire Strikes Back and Return of the Jedi.

Leia receives a holo-communication from her childhood friend Amilyn Holdo (the character played later on in the timeline by Laura Dern in 2017’s Star Wars: The Last Jedi) who tells her that Han-in-carbonite is being auctioned off by the Crimson Dawn crime syndicate, so she comes up with a plan to infiltrate the auction on the planet Jekara. 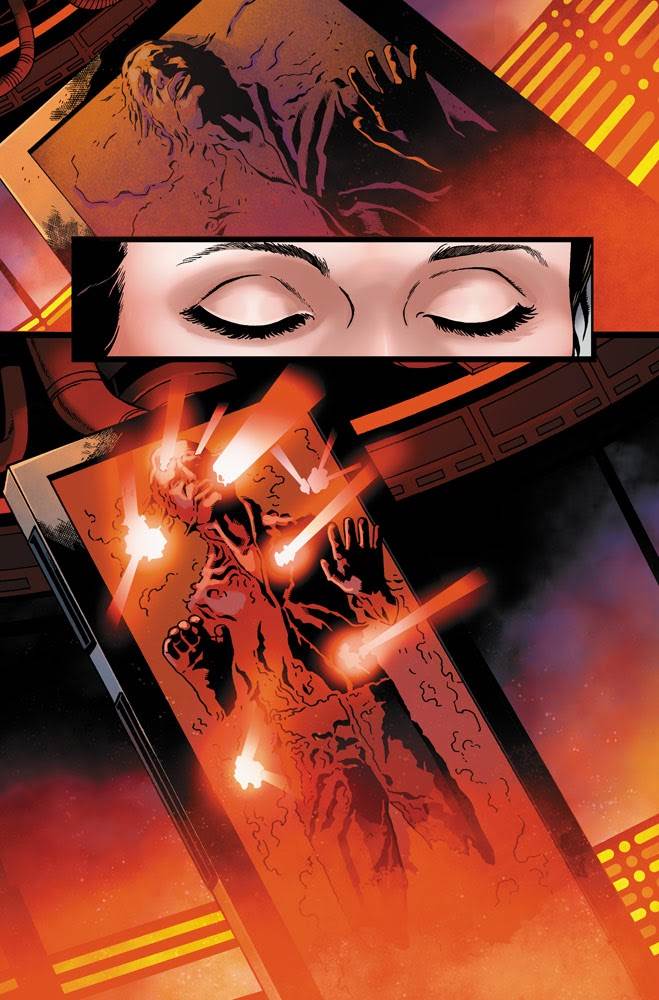 When Chewbacca learns about Crimson Dawn’s involvement (as revealed in War of the Bounty Hunters #1 just a couple weeks ago) he suggests bringing in Lando Calrissian, referring back to their run-in with the organization in the movie Solo: A Star Wars Story. Lando joins up on the mission, but not without an ulterior motive– he schemes to deliver the ancient droid from a few issues back to Jabba the Hutt and his majordomo Bib Fortuna, who will also be attending the auction. What follows is a fairly tense sequence of events involving Leia, Chewie, Lando, Lando’s trusty pal Lobot, C-3PO, the “Talky” droid, and even another deadly crime syndicate: the Black Sun. There are at least a couple expertly crafted action sequences and some wonderful dialogue, especially when Soule’s spot-on interpretation of Lando’s particular turn of phrase is concerned. Calrissian’s demonstration that he still has a lot of scoundrel in him is also very interesting– and almost disturbingly dark, in parts. I’m absolutely loving the interconnectedness of War of the Bounty Hunters so far, and it’s gradually starting to dawn on me how important the release order of these comic books is. We, as readers, needed to find out about Crimson Dawn in the WOTB miniseries #1 before Leia could get the information here, and Threepio and Chewie needed to run into Beilert Valance on Nar Shaddaa in last week’s Star Wars: Bounty Hunters #13 before they could return to the rebel fleet with Luke Skywalker in this issue. The Holdo cameo also caught me off guard, and I’m really digging how Soule and the other Marvel Star Wars comic writers are pulling from all corners of the existing canon. But the real MVP here is Rosanas, whose evocative drawings– accentuated indispensably by colorist Rachelle Rosenberg– convey the emotional impact and sheer kinetic thrill of our heroes’ stalwart efforts to rescue their friend. 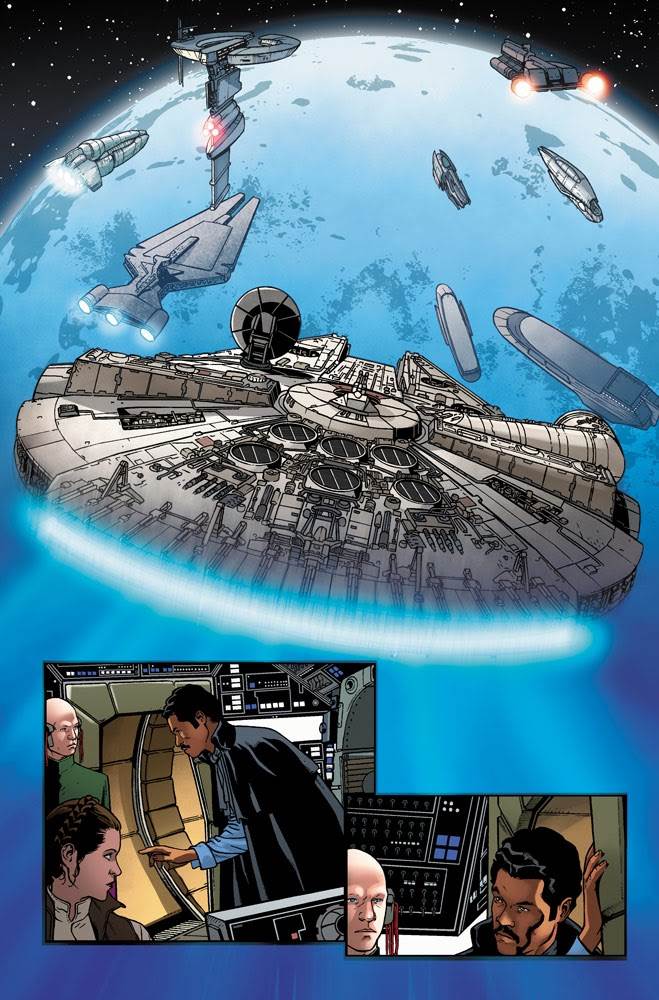 Star Wars #14 is available now wherever comic books are sold.