When you think of Monsters, Inc., you no doubt hear Randy Newman’s iconic score in your head. On July 7th, Disney+ invites audiences back to Monstropolis through the brand-new series Monsters at Work. One of the many ways in which this Disney Television Animation series welcomes viewers back to the world they love is through the music, this time provided by Dominic Lewis, who also composed the score for the reboot of DuckTales. I recently had the pleasure of speaking with Dominic about his approach to the music in the series and why working with Disney has been a career highlight. 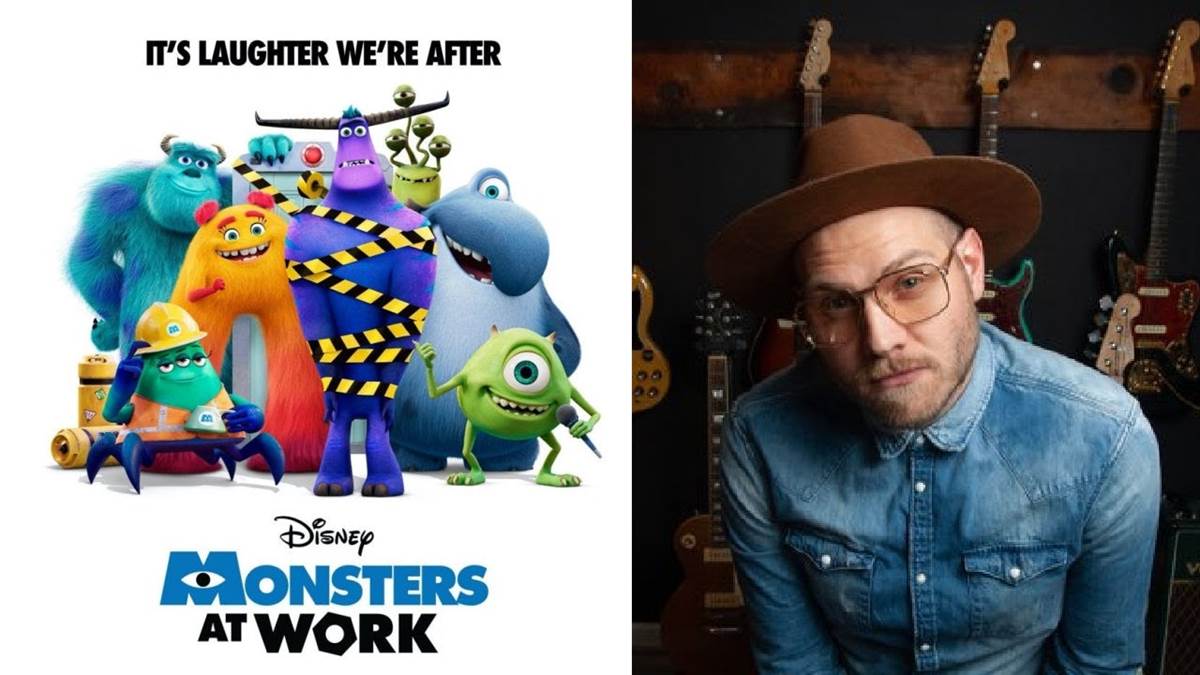 Alex: On Monsters at Work, you're playing in a sandbox that's already been defined by Randy Newman on the Monsters, Inc. films. What was it like trying to fit in that framework, but still do something original and unique?

Dominic Lewis: I was really trying to obviously use Randy as an inspiration, but not to be confined to that world and to try and kind of find the sound of MIFT (Monsters, Inc. Facilities Team) and find the sound of our characters. Because obviously, Mike and Sulley and some returning characters, but we really wanted to push it to that next set of story arcs. So we were really looking for catchy tunes. I pushed it further into the jazz world because the Randy sound is a really lovely hybrid of orchestra and jazz and everything, but I really wanted to make it more distinctive to MIFT. I kind of went a little smaller for MIFT and obviously we have the big action sequences, which are inspired by Randy, but there's so many different genres in this show. I got a chance to do a bunch of ‘80’s rock songs for the bowling alley. And yeah, it's just been awesome to kind of take what Randy started and try and take it to a next level.

Alex: The main introductory song in particular is very iconic from Monsters, Inc and you got to rearrange it. How long did it take you to figure out the right balance for what would be unique for Monsters at Work, but still bring audience back into the Monsters, Inc. world?

Dominic Lewis: I did a kind of a big band version. I did a small jazz ensemble version. It wasn't quite the same and it just felt too similar. So I was sitting in my studio one night and just went, you know what? Why don't I just do all the parts, but vocals. And luckily I have computers to time and tune me, and it just went. I played it to the execs and the team and they were like, this is amazing. We want this to be at the front of every show. So it was sort of an accident and just experimenting and it just shows what you can do when you just kind of go, oh, I'll just try this. Experiment with it.

Alex: Was there anything that was really new for you here? Any new instruments you hadn't really worked with before that you brought into Monsters at Work or anything that was particularly a challenge to underscore?

Dominic Lewis: I mean, the whole thing is a challenge, but yeah. It's a while since I've done some predominantly jazz orientated stuff. Since kind of college. So it was nice to kind of dive back into my old records and sit at the piano and rediscover some cool little tricks. But instrumentation wise, I mean, we use some stuff from Nepal that I hadn't used before. Just some different kinds of world instruments that I experimented with, but the basis is kind of a jazz ensemble, and then throwing a big orchestra on top of it.

Alex: Did recording during pandemic have any benefits or challenges? Were there things you wanted to do that you couldn't? Or things that you didn't expect to be able to do that happened or came about out of that process?

Dominic Lewis: Yeah, such a good question. I mean, the frustrations and the elations of the recording process during the pandemic is a whole movie in itself. I would send out parts to amazing musicians who were recording in their house and I'm very much a kind of work through something in a recording session and I didn't get to do that, which was really hard for me to learn how to deal with that. Because I'd just get a bunch of audio files back and just kind of have to make it into what I needed. So at the same time as being so fortunate to be able to have live players on it, it wasn't necessarily in the scenario I would have hoped for, being in the studio and being able to interact with the musicians. And that's something I really miss and hopefully we can get back to it soon.

Alex: You've worked with Disney several times, including scoring the reboot of DuckTales. What is it about working with Disney and particularly in the medium of animation that just keeps you wanting to come back and work with them again?

Dominic Lewis: I just love Disney [Television Animation]. It's one of my favorite places to work, my favorite people to work with. The exec team and the music department, Mark and Jay are just, I mean, we're really great friends now and I just adore them and I love working with them and it makes it so easy. And just the stuff they put out is just so good. How could you not want to work on it? And I've been fortunate enough now to be part of a few projects that were part of my childhood. So to come back and be able to score those things, it's a dream come true.

You can hear Dominic Lewis score for Monsters at Work when the series premieres on July 7th on Disney+.