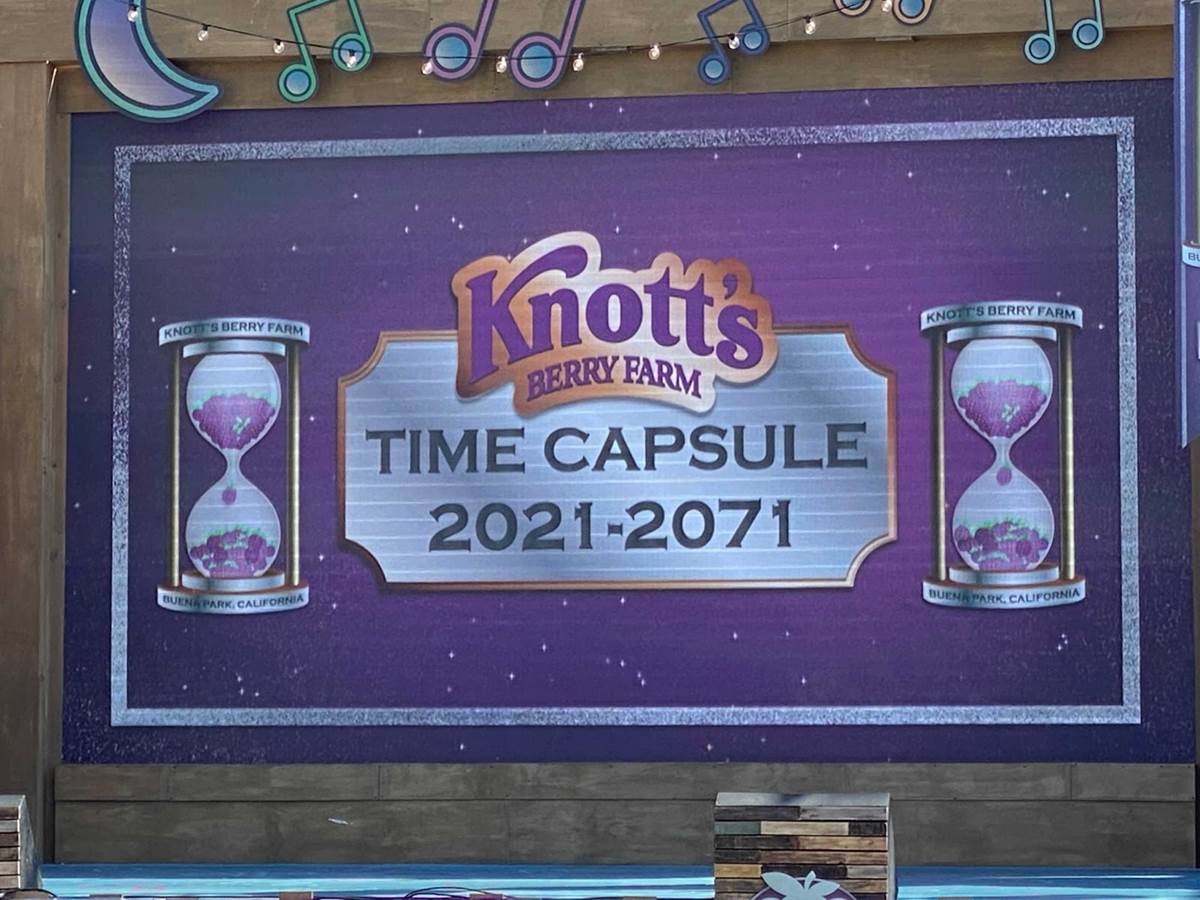 Back in May, Knott’s Berry Farm officially celebrated its 100th anniversary— a year later than originally planned, but still absolutely a welcome event for Southern California theme park fans. And this week, the park continued that celebration with a Grand 100th Anniversary Time Capsule Ceremony on the Calico Mine Stage.

In the video below, you’ll see how the Deputy Mayor of Calico— Mr. Milton C. Howell, of course– welcomed representatives from all of Knott’s Berry Farm’s various departments to place items into the boysenberry barrel-shaped time capsule to represent the park’s current state of operations for those who will be present to open the barrel fifty years from now.

The time capsule, once sealed, will be placed at the entrance to Knott’s Berry Farm’s new interactive attraction Knott’s Bear-y Tales: Return to the Fair, to be opened on June 30, 2071. During the ceremony, park characters like Whittles the prospector, Snoopy, and the citizens of Ghost Town helped commemorate the occasion by cheering on those placing items in the barrel. In an official statement, the theme park said “a way for the people of Knott’s to preserve our history and heritage for the future descendants to discover 50 years from now.” 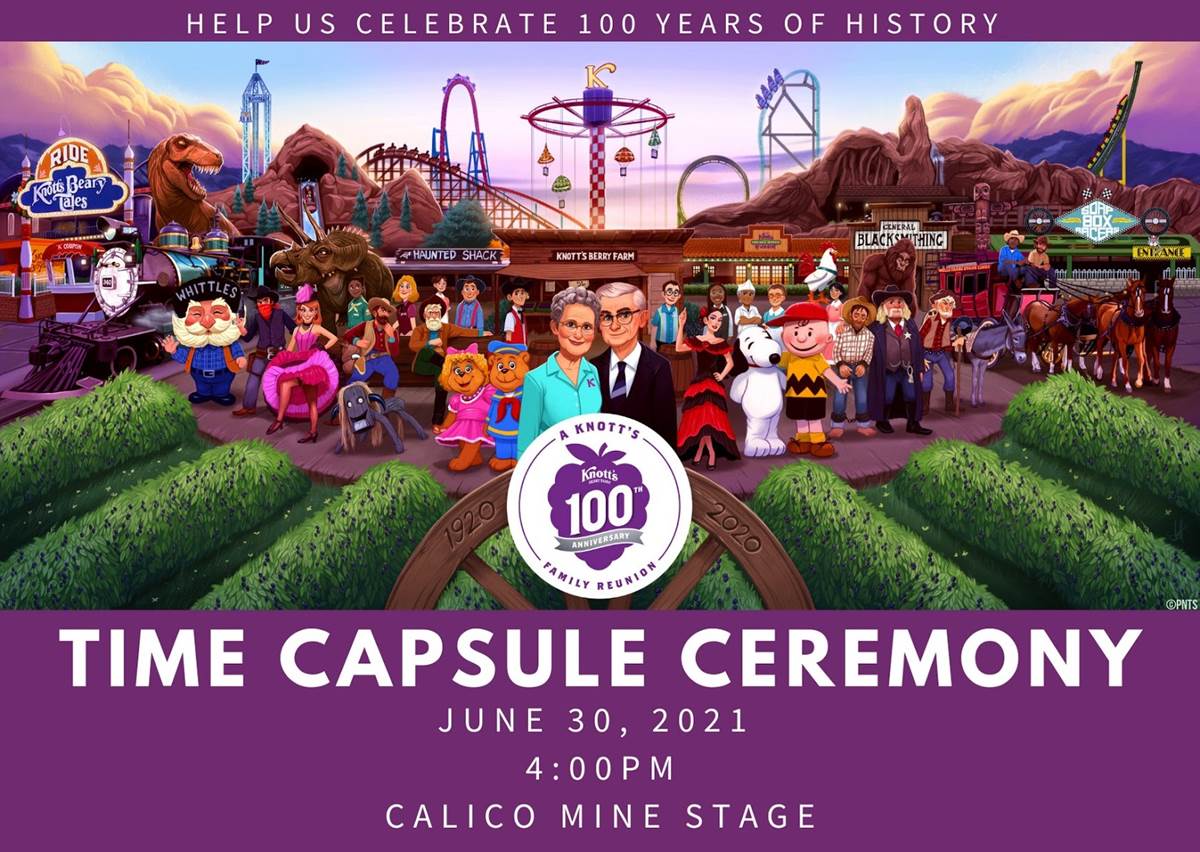 Items placed in the time capsule included a nugget of fool’s gold, a tube from Knott’s Soak City water park, a menu from Mrs. Knott’s Chicken Dinner Restaurant, boysenberry seeds and a jar of dirt from the landscaping department, garters from the Calico Saloon’s showgirls, a bridle from the stagecoach, a Berry Blaster from Knott’s Bear-y Tales: Return to the Fair, a Snoopy plush, a piece of wood and nails from the Ghost Rider roller coaster, cleaning supplies and toilet paper from park services, a basketball from the Boardwalk games, and a banner signed by Knott’s Berry Farm’s 2021 staff. Plus, everyone in attendance posed for a photo to be placed inside the barrel as well. Prior to the ceremony, I was also given a copy of the Knott’s Berry Farm 100th anniversary program, which contains a lot of great photos and information about the history of the famous California theme park. 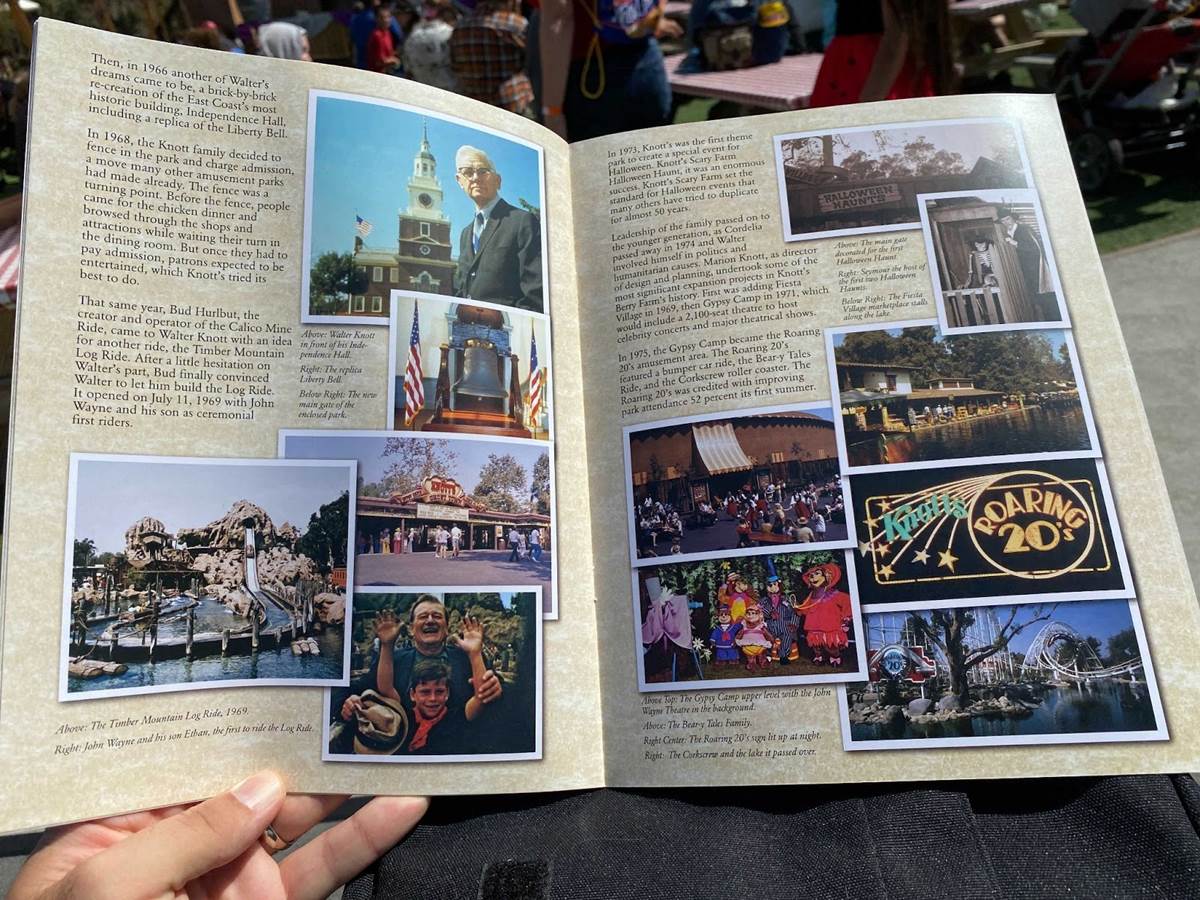 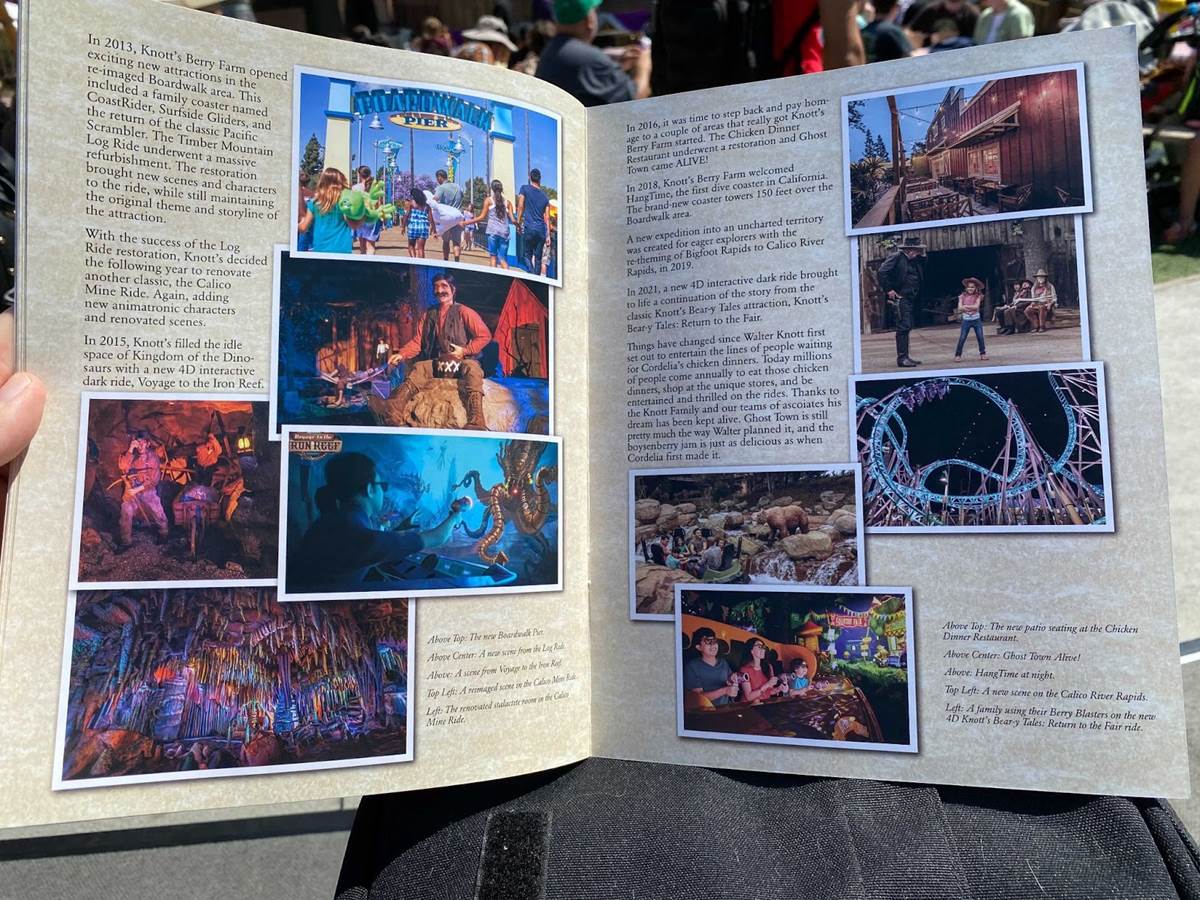 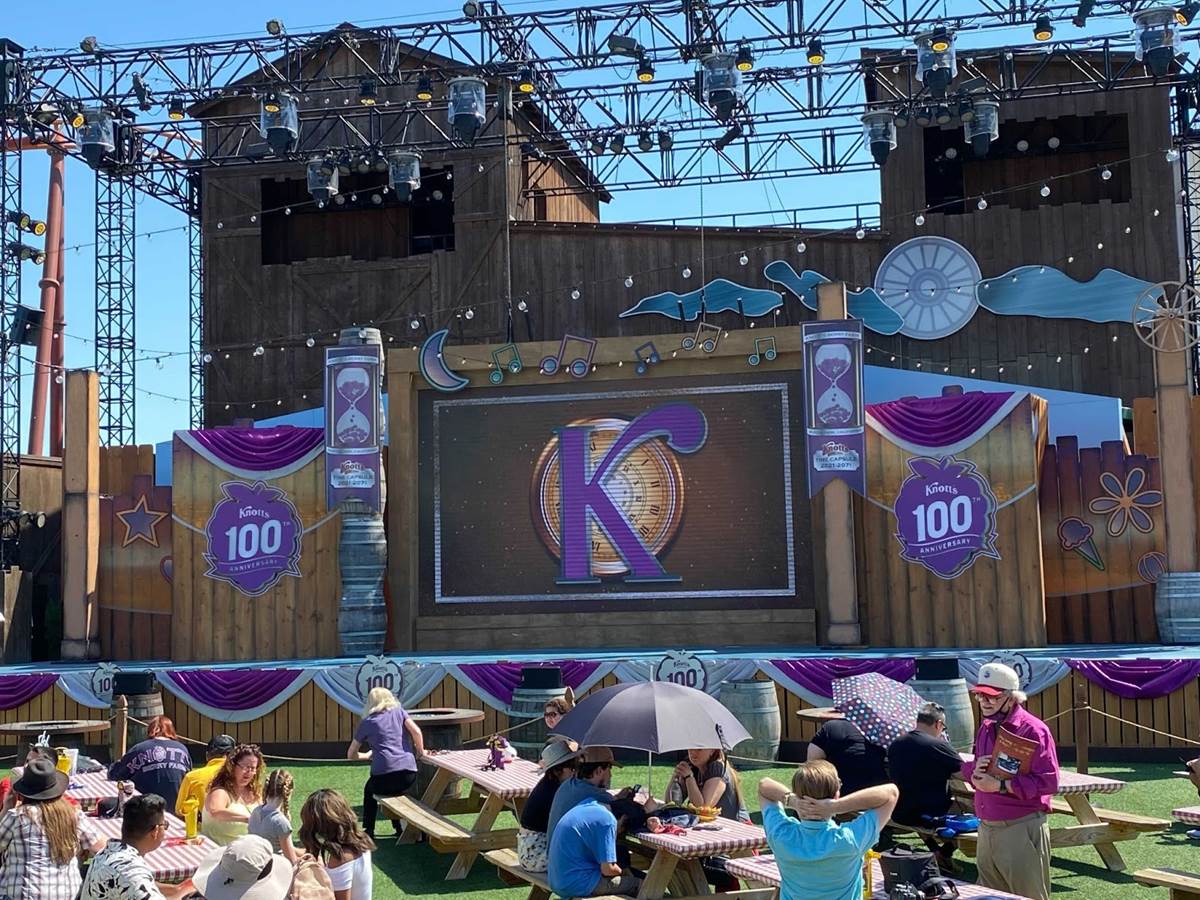