The long history of Marvel Comics is paved with fascinating characters and Marvel Studios continues to pluck them a few at a time and throw them onto the big screen. With the debut of Black Widow both in theaters and on Disney+ with Premier Access next week, the Red Guardian will be one of the next to make his MCU debut.

The Red Guardian was the Soviet Union’s answer to Captain America and made his Marvel Comics debut in “Avengers #43” in 1967. Alexi Shostakov was a Russian test pilot who married Natasha Romanoff, long before she became the Black Widow. He was trained by the KGB as a special operative and Natasha was told he was killed. It was his “death” that inspired Natasha to become the Black Widow. Alexi eventually faced off against Captain America and was defeated by the Avengers.

The character went on to have a very complicated story involving death and revival, as is often the case with comic book characters. He eventually saw his relationship with Natasha deteriorate and took up the mantle of Ronin. He’s had a rocky history with the Avengers and has found himself both as friend and foe multiple times. David Harbour will bring the Red Guardian to the Marvel Cinematic Universe, albeit with a slight name change (Alexei Shostakov). The Stranger Things star appears to be bringing his own level of humor to the character and it seems likely he will become a fast fan-favorite.

There will be some big changes to the character in the MCU. For example, rather than being married to Natasha Romanoff, he will instead be her adoptive father. In fact, Natasha will be reunited with her whole family in the upcoming film, with Melina Vostokoff (played by Rechel Weisz) as her adoptive mother and Yelena Belova (played by Florence Pugh) as her adoptive sister.

He will however still be a Soviet super soldier with a shady past. His connections to the Black Widow program and some of the other characters will certainly make him an interesting character and his added muscle is sure to play a fairly big role in the fight against Taskmaster. 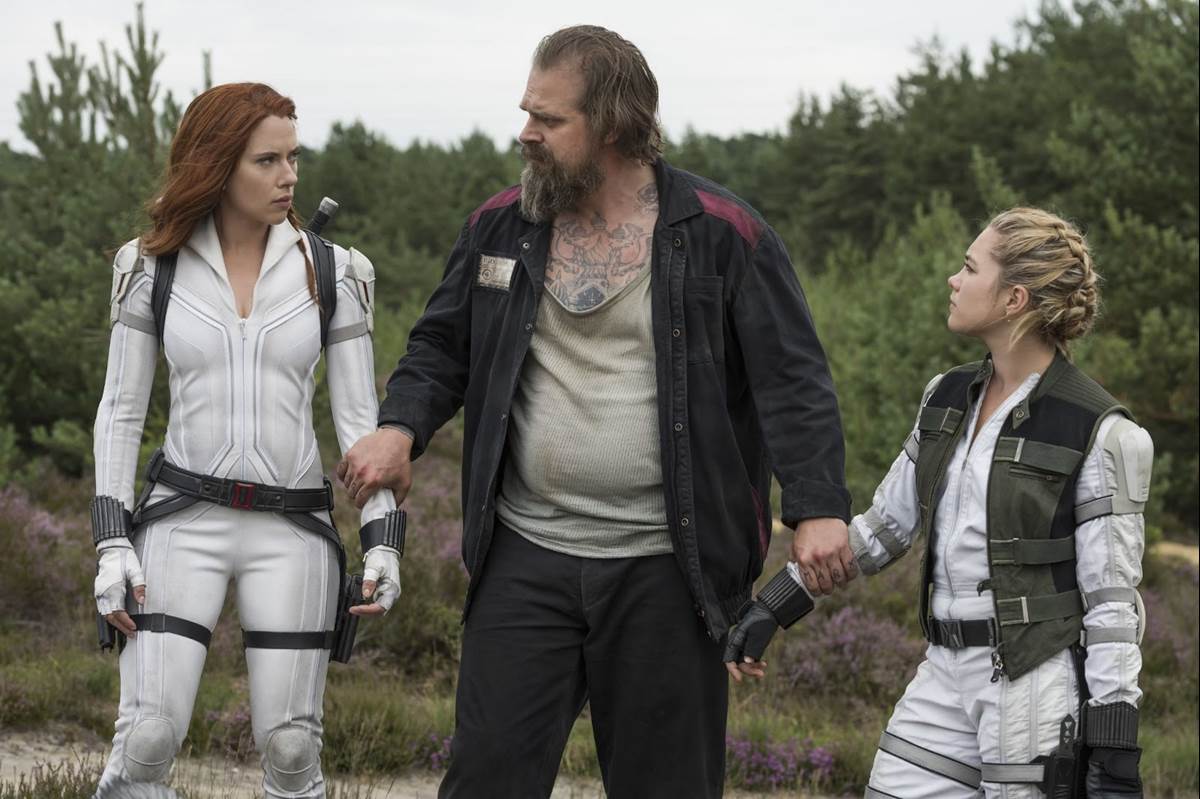 You can see the Red Guardian in action when Marvel’s Black Widow comes to theaters and Disney+ with Premier Access on July 9.