The Backside of Filmmaking: The Cast of Disney’s “Jungle Cruise” Talk About Turning a Classic Attraction into a Summer Blockbuster

On July 30th, Disney Parks fans can return to the “World famous” Jungle Cruise in a whole new way with Disney’s latest blockbuster based on a theme park attraction. Headlined by Emily Blunt and Dwayne Johnson, the film has been one of the studio’s most anticipated releases and the wait is finally over. In celebration of the premiere at Disneyland, members of the cast got together to answer questions about why they wanted to be part of this exciting project. 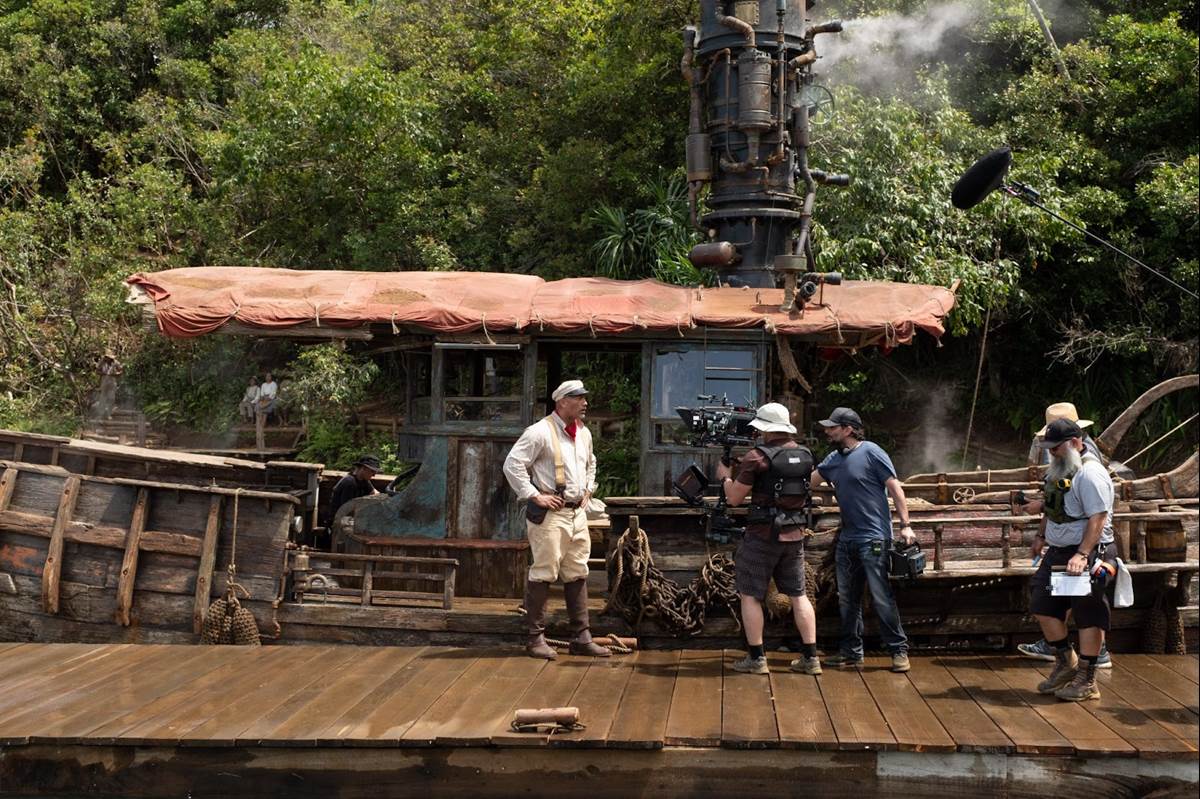 “Well, nostalgia,” Dwayne Johnson answered, who not only stars but also serves as a producer on the film. “I had ridden the ride when I was a kid. Many moons later, I went to Disney World for the first time and rode the ride then, too. It had a nostalgic element to it when it was first presented to me.  But also, you know, really the opportunity that we had that we could create something that was, hopefully unique and special… You hope to get lucky in a career where you have an opportunity like this where you can make a movie that's based on an iconic ride that's beloved.”

Dwayne Johnson begged Emily Blunt to take the journey with him, recording a video message along with the delivery of the script. He joked about feeling ghosted by her because her response took a while, but her interest in the film had nothing to do with the classic attraction. “I only rode the Jungle Cruise ride two days ago at the premiere for the first time,” she revealed. “I loved it. I thought it was very whimsical and sweet. And I could see the elements from the ride that have made it into the film.”

Similarly, Edgar Ramirez, who plays one of the many obstacles in Dwayne’s and Emily’s journey along the river, made the movie before ever having the pleasure of embarking on a trip through the jungle rivers of the world. “The backside of water is gonna stay with me forever. And then I went on the ride and our skipper made that joke as well, and I cracked… It's not that funny, but it's super-funny. You know?” 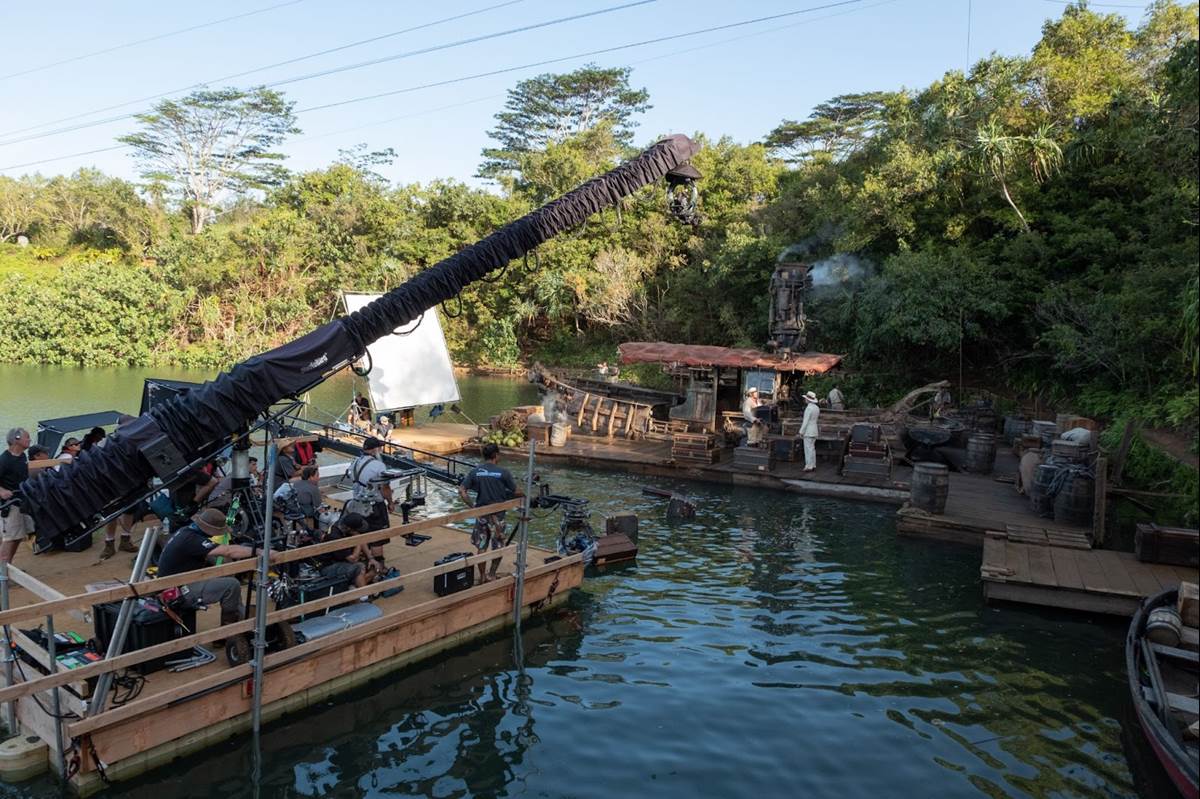 Playing Emily Blunt’s brother is Jack Whitehall, whose character MacGregor comes out of the closet during the story. “I felt that the scene was really exactly what it was, which was two men talking about what they loved and who they loved,” Dwayne Johnson shared about this first-time milestone in a Disney-branded film. “And it was as simple as that, and we were sharing a drink.” Jack Whitehall did not take the moment lightly. “It was a scene that we really wanted to get right… I think it's so great that we get to understand so much about each of these characters, and they all have reasons for being where they are, and interesting and rich textured backstories. It makes you invested in them and it makes you care about them.”

While fans will recognize many quotes from the skipper spiel on the attraction in Jungle Cruise, the talented cast was also given creative license. “We were given the space to kind of improvise and add stuff to it,” Jack Whitehall explained as the cast reminisced about some of their favorite improvised moments. “Some of the great moments that you see in the film are genuine moments that we sort of came up with in the moment.”

“I think the movie is so much more than what I expected,” Dwayne Johnson shared about the ride versus what the movie became. “There's so much to do in the Disney parks. Then you get on this ride and it's almost like you can exhale and really just enjoy the simplicity of the ride. But our movie is anything but simple with all the elements that we have.” 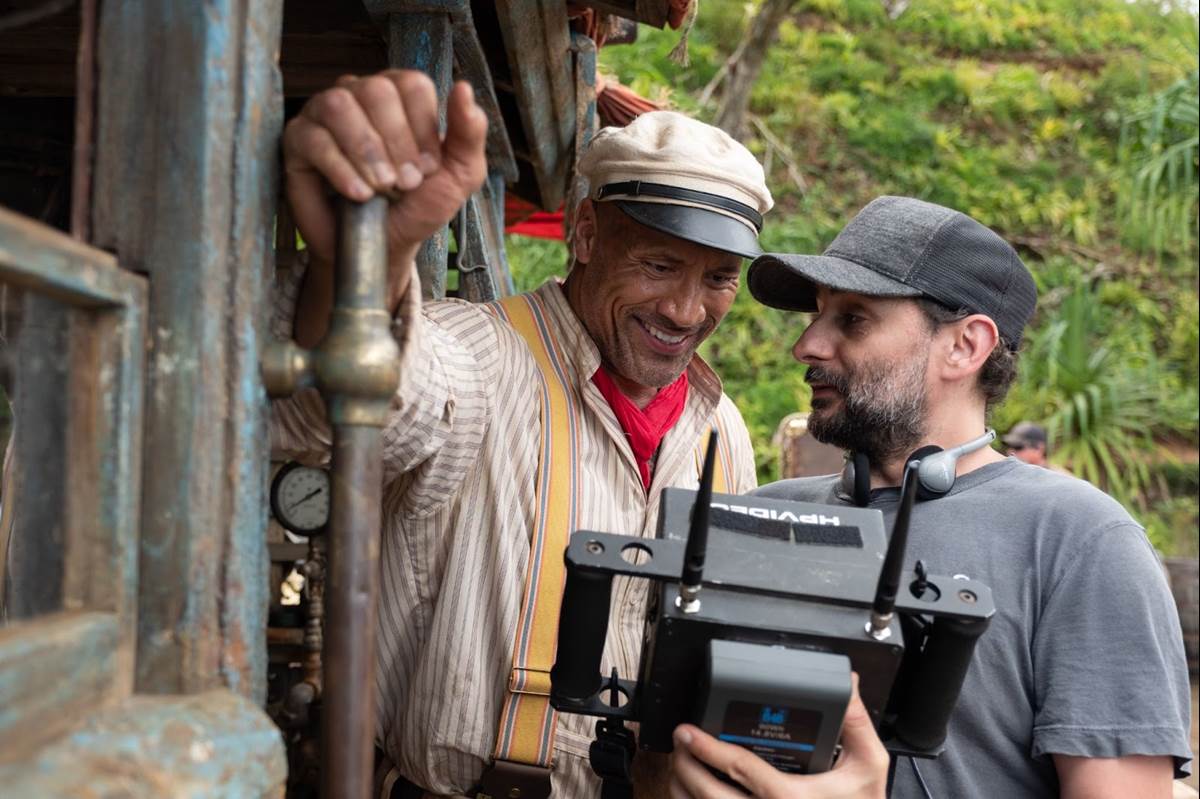 For Emily Blunt, playing Dr. Lily Houghton was a bit of a childhood dream come true. “[It] was made in the spirit of the films that we all grew up watching… I just loved Indiana Jones and Romancing the Stone, The African Queen.  Like, they are just joy bombs, and they're nostalgic, and I think we just needed to pierce people's hearts directly with the spirit of those films that we all loved as children.”

For the child inside all of us, Disney’s Jungle Cruise sails into theaters and on Disney+ with Premier Access beginning Friday, July 30th.