“I only hope that we never lose sight of one thing, that it was all started by a mouse.” 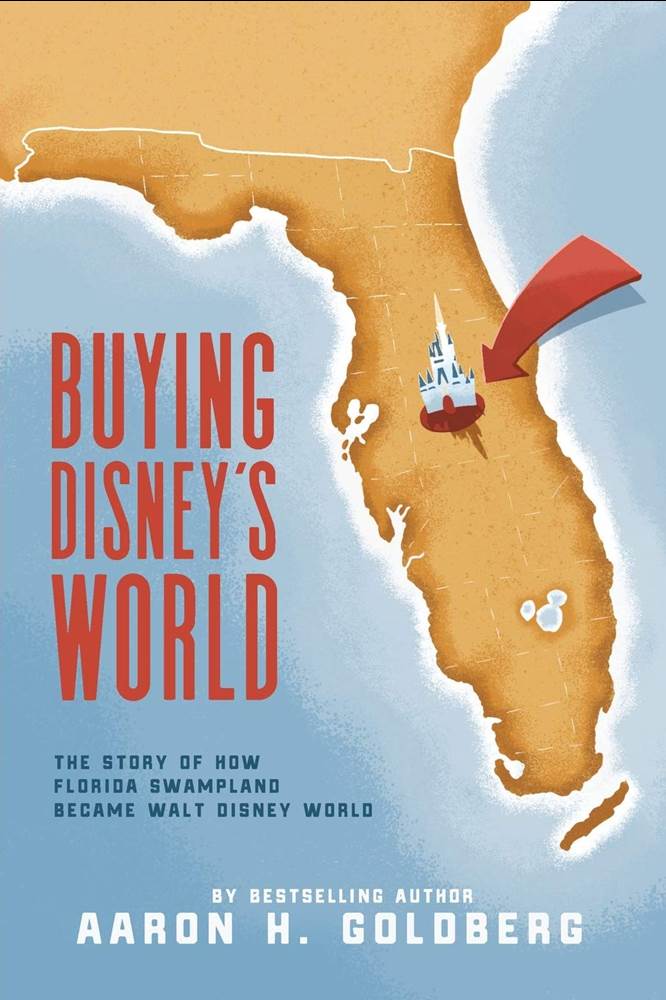 As Walt Disney World celebrates its 50th anniversary in October much has been and will be written about how the theme park reshaped family entertainment, tourism, and life in the state of Florida. Much has been documented about Disney’s impact on the Sunshine State as well as the country and the world. But how much do we really know about how Walt and company selected the Orlando area for his Wonderful World of Disney and how it has changed the course of Florida, tourism, and family vacations.

A new book delves into the backstory about how central Florida was selected by Walt Disney as the site for his second theme park. From best-selling author Aaron H. Goldberg, Buying Disney’s Land, is no fairy tale. Readers learn the story of how Florida swampland was acquired parcel by parcel and transitioned into the premiere vacation destination on the planet.

It is the story of lessons learned, drive and determination by Walt Disney to open a second theme park. At times, the book reads like a spy novel with covert trips, hidden identities, shell organizations and constant denials about whether Disney was looking at Florida as the home for his second amusement park. 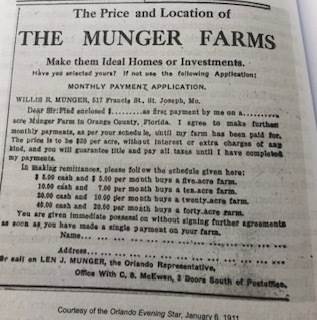 There are names and places that Disney fans may have heard of before and some that many will discover for the first time. I thought I knew how Disney went about gobbling up land in Central Florida for what was then considered Disneyland East, but what I didn’t realize was the extent to which Disney’s band of operatives executed  their mission. “It was basically a plan carried out in secrecy to protect Disney,” Goldberg asserts.

Goldberg hopes his book “answers a lot of questions or provides some of the details that a lot of people have been wondering about how it all came to be.” Buying Disney’s Land fills in the gaps about how hundreds of acres of land were turned from nothing into the number one vacation spot in the world. And it didn’t just happen with a stroke of a magic wand. The book details months and months of secret meetings in California and well as Central Florida, locating the deed owners to properties that were needed to make Disney’s dream a reality and even the story of one woman, Mrs. Higley, who chased Disney representatives masquerading as real estate developers off her property with a broom.

“We know the general story,” Goldberg says, “I was hoping to provide some of the details and insight into how it all happened.”

We get to meet operatives Buzz Price, Robert Foster and Paul Helliwell who were all instrumental in carrying out the land purchases using shell corporations so no one would be able to figure out who was behind the venture. In an interview for his book Goldberg says he was able to tap into many documents left by Foster and Price at the University of Central Florida archives where the author says he spent days pouring over notes directly from the diaries of the men responsible for the venture.

He also had the cooperation of the Reedy Creek Improvement District, the jurisdiction that was ultimately created to govern the land of the Walt Disney World Resort. “Reedy Creek was really forthcoming,” Goldberg says that the often-secretive organization cooperated with him adding that “they were super-upfront with things.” 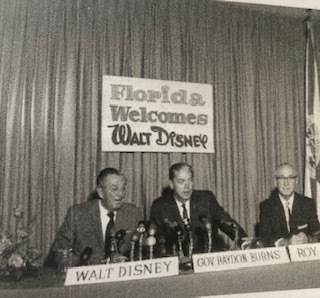 Goldberg documents the story in a way that transports the reader into the restricted Company Conference Room 2E in Anaheim where Walt and his brother Roy had assembled a team to carry out their mission. What is unique about  Goldberg’s telling of the project is that through his extensive research and writing he is able to capture what was going on in that boardroom in Walt’s own words. The reader will feel as if they are at least a fly on the wall or sitting at the table to hear the discussions about Project Florida. I felt myself mesmerized at times reading Walt’s own words about the project and finding myself wondering what it must have been like to be part of this elite team planning for Disney’s next venture.

In the end, Disney and his band of merry men accomplished their goal which ultimately gave Walt the luxury of land that he missed out on in Anaheim. “They basically got what they wanted and they got it at a reasonable price,” Goldberg states. “They all felt a huge feeling of success. They were able to accomplish what they wanted,” the author notes that they secured the land and the subsequent legislative package passed by the Florida legislature. “They got everything they wanted,” Goldberg adds and in return Disney gave the world the most magical place on Earth.