“Mummy dust to make me old. To shroud my clothes, the black of night. To age my voice, an old hag’s cackle. To whiten my hair, a scream of fright. A blast of wind, to fan my hate! A thunderbolt, to mix it well. Now, begin thy magic spell.” – The Evil Queen

If you’re a Disney Villains fan, you probably know that sequence from Snow White and the Seven Dwarfs by heart, wherein The Evil Queen trades her beauty for the disguise of a peddler woman before preparing a poisoned apple for Snow White. That apple graces the cover of Disney Villains: Devilishly Delicious Cookbook from Insight Editions, which also includes a recipe for the “Peddler’s Disguise.” Don’t worry, no mummy dust required in this version. Split into seven sections (one for each of those pesky dwarfs?), this cookbook contains over 50 recipes themed to dastardly characters from 17 animated features. Appetizers, Breakfast, Salads & Sides, Main Courses, Cakes & Pies, Cookies & Sweets, and Drinks (non-alcoholic) are all featured, with a few “Nutritious tips” for any villains who need to watch their figure.

Curious to know if the book has recipes from your favorite villain or movie? Here’s a list of recipes featured in Disney Villains: Devilishly Delicious Cookbook grouped by character and film. 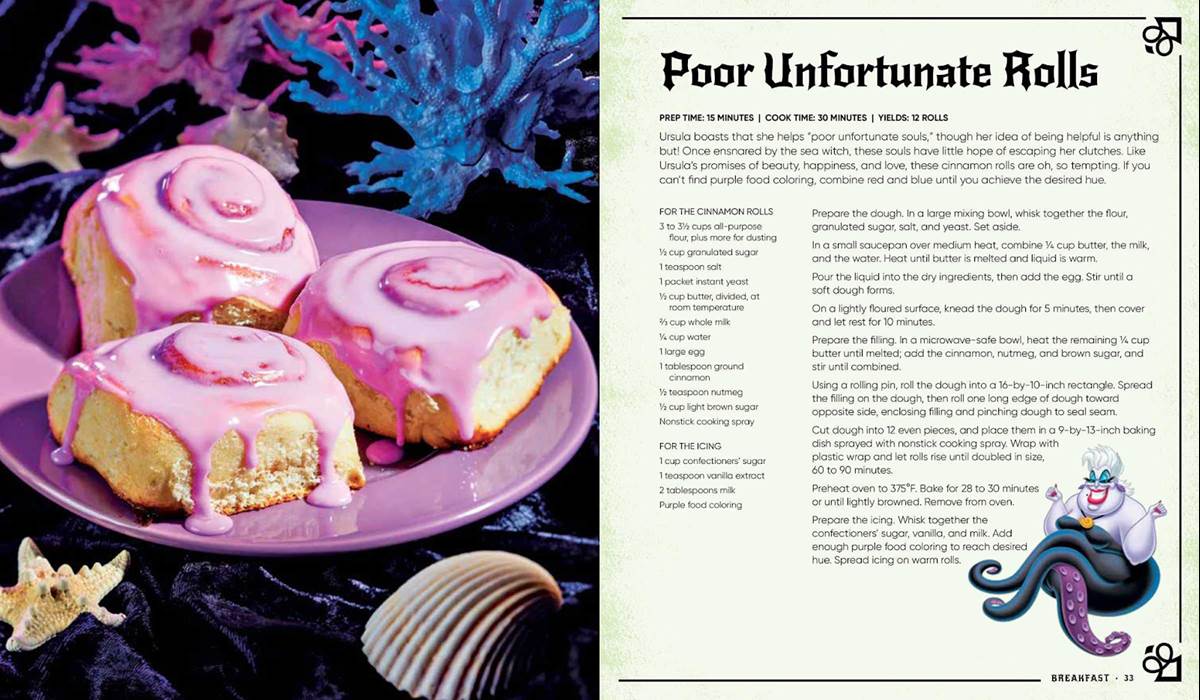 Author Julie Tremaine (no relation to Lady Tremaine I hope… I presume) has designed the Disney Villains: Devilishly Delicious Cookbook to be accessible to all levels of cooking experience, making this book fitting for a kid with interests that lie in the kitchen. She even points out some of the easier recipes to start with, but the more complicated ones are easy to spot, like the expertly decorated “Unbirthday Cake.”

With large photographs of most of the recipes and new, original artwork of these classic characters, Disney Villains: Devilishly Delicious Cookbook is a frightfully fun addition to any cookbook collection. Released just in time for the bewitching season, many of these recipes lend themselves perfectly to movie nights and Halloween parties. 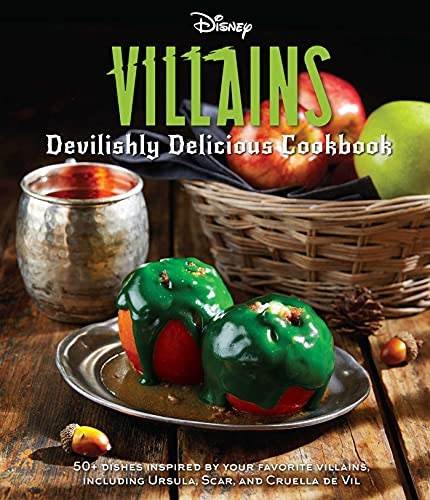