Goofy is back with three new shorts from Walt Disney Animation Studios on August 11th in Disney Presents Goofy in How to Stay at Home. Directed by Eric Goldberg (Pocahontas), the hand responsible for Genie in Aladdin, the animation legend recently spoke about his passion for the series after a screening of one of the shorts, “Learning to Cook.” 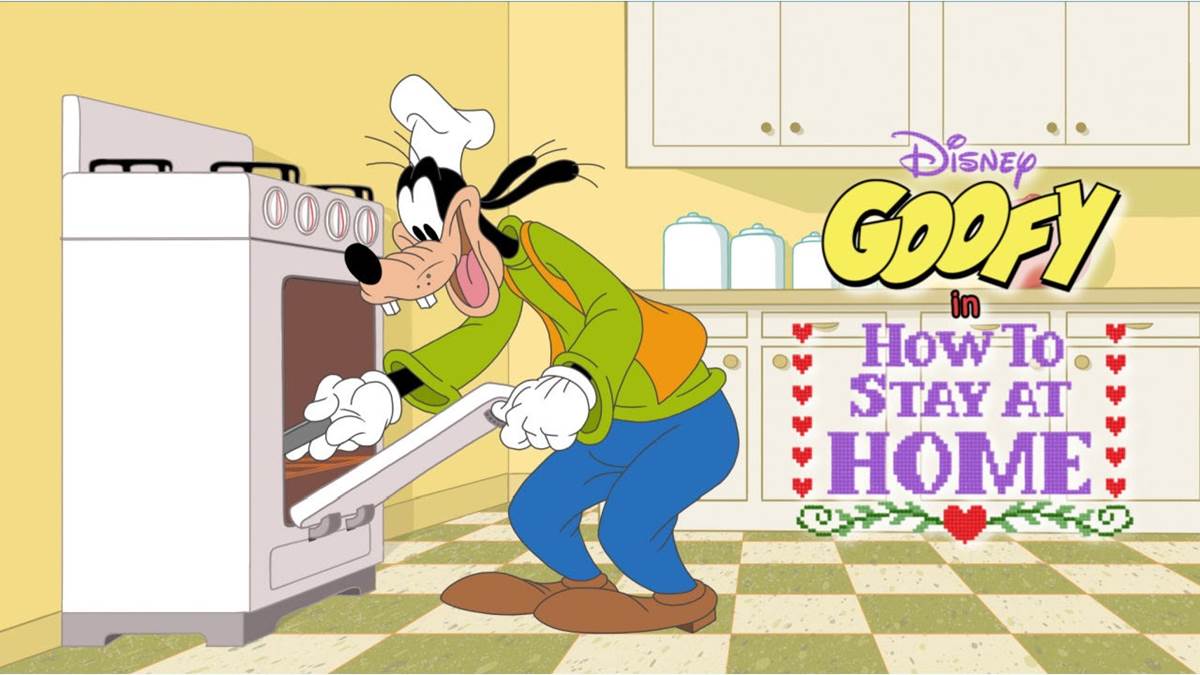 “I've always loved Goofy,” Eric Goldberg shared about his enthusiasm for telling three brand-new Goofy stories. “He's always positive, he always comes up smiling. I thought for all of the stuff we've all been through for the last year and a half, who better to give us a laugh about it than Goofy? He's a kind of Disney everyman, if you will, but he will always filter it through his own crazy logic.”

One of Eric Goldberg’s animation mentors in his early days at Disney was Art Babbitt, the man responsible for some of the best Goofy shorts ever created. “I feel a personal attachment to the Goofy character,” Goldberg added before sharing that he pitched several ideas to Jennifer Lee last fall. In addition to “Learning to Cook,” there’s “Binge Watching” and “How to Wear a Mask,” the latter of which was personally animated by Eric Goldberg.

Joining Eric Goldberg were Mark Henn (Ariel, Belle, Jasmine) on “Binge Watching” and Randy Haycock (Prince Naveen) on “Learning to Cook.” There’s also an auditory connection to the original Walt-era Goofy shorts. “Our editor, Brian Millman, was great in bringing sound effects to the table. For those of you who don't know, one of the great sound effects artists of the past was Jimmy MacDonald. We still have Jimmy McDonalds collection of sound effects in our library. Brian used as many of them as possible to make all of our Goofy sound effects sound great.”

Voicing Goofy, as he has done for the past thirty-plus years, is Disney Legend Bill Farmer. “He absolutely channels this character, it was so fun to work with him,” Goldberg revealed. “Corey Burton did the voice of the narrator. Really, in these films, which are very inspired by Jack Kenny's ‘How-To’ cartoons from the 1940s, the narrator is as much of a character as Goofy. He's this pretentious jerk who disdainfully talks about his subject Goofy as well as guiding him to the next place. It was just fun all around. It really was, and we had a blast making this.”

Passionate Disney Animation fans may notice a few familiar moments from the past. “There are some Easter Eggs,” Eric Goldber added. “Actually, in ‘Learning to Cook,’ Goofy is wearing the same outfit that he wears in ‘Mickey’s Birthday Party’ when he is employed to bake Mickey's cake. And the music that accompanies his montage of cooking is music from ‘Mickey's Birthday Party,’ the very same music he has when he's baking his stuff. We have all sorts of little in-jokes like that.”

Keep your eyes and ears peeled when watching all three shorts from Disney Presents Goof in How to Stay at Home, streaming August 11th on Disney+.