Tylor, again trying to get out of his MIFT assignment, finds himself in a bit of trouble and accidentally brings a fan-favorite monster back to Monsters, Inc in this week’s Monsters at Work. 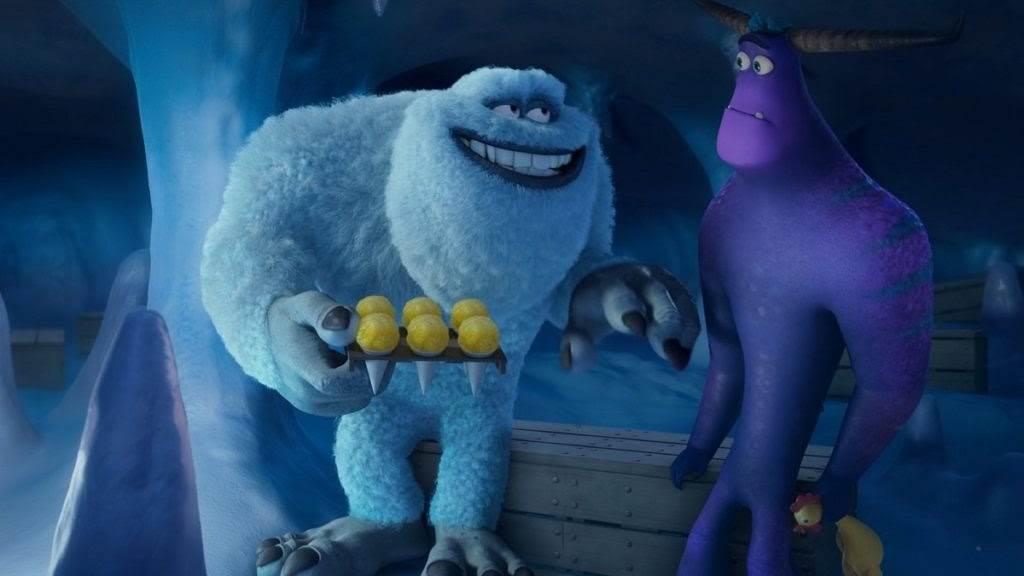 A heat wave is taking over Monstropolis raising temperatures and increasing the use of power around the city. In order to keep up with demand, Mike pulls everyone who is in his comedy class to come to the Laugh floor and do whatever they need to do to keep with the demand and not lose business to Fear Co.

The heat is also messing with the door tracks, with the doors jamming on the tracks thanks to thermal expansion. As the page goes out for all members of the Comedy Class to report to the Laugh Floor, Tylor bails on Val leaving her alone to fix the door jams herself.

Up on the Laugh Floor, the students of Mike’s class are getting ready to jump in and start generating power when they are told whoever is number one today will immediately get a permanent position as a jokester on the Laugh Floor. So you know, Tylor’s goal in this entire series thus far.

After they are told this, the doors are on their way into the Laugh Floor but wait, another jam! Remember, Tylor left Val so not everything was fixed on time. He runs down to help and in doing so, is so hurried to get back to the floor, despite Val’s advice completes the job UNSAFELY. Let this be a lesson. The doors start to pile up because Tylor hasn’t gotten out of the way, and they start to fall off with one crashing against the control panels, lurching everything forward with a now empty door bracket sliding towards Tylor and catching his antlers (those things get him into predicaments every time) and taking him down a wild adventure through the door tracks. Eventually, thanks to flailing and track switches, Tylor winds up in a deep, dark, corridor where a familiar looking door sits.

Fans of the original Monsters, Inc. may remember what this door is. Steel, covered in a little bit of frost as though cold on the other side…it’s the banishment door.

As Tylor tries to break himself free, he manages to break the track, unintentionally aiming himself at the door, with pipes bursting nearby that activate the door as he rolls down and crashes through entering the tundra we know from the original film.

Back down at MIFT, Val explains to a panicked Fritz what is going on and jumps in a suspended possible-future-Disney-Parks-ride-vehicle that hangs from the track for maintenance and tries to find out what happened to Tylor.

We see a Star Wars parody of Tylor hanging upside down in an ice cave with an ominous silhouette with a chainsaw cavorting nearby before it was revealed, not so much an homage, but a basic replay of Monsters Inc., with the Abominable Snowman revealing himself saying “Welcome to the Himalayas” and offering up Snow Cones. The difference is that chainsaw is for a new ice sculpting hobby.

Remember, this is shortly after the events of Monsters, Inc. and he mentions that he recently had visitors: a big blue furry guy and a funny little green guy, which Tylor immediately recognizes as Mike and Sulley and explains that they got home and are in charge now. Abominable puts it all together and remembers that he used to work with them in the mail room (a reference to the end of Monsters University). This, of course, brightens Tylor’s mood remembering that Mike and Sulley got out, so he can too.

Val shows up and is trembling in fear because she knows that he was banished, but as is evident throughout the remainder of the episode (though multiple reasons are given) nobody seems to know why. Abominable tells Val that he’s just misunderstood and she immediately has a change of mood, now sympathizing with the banished monster, and wants to stay with him for a little bit. Tylor, still fearing he’s missing his big chance, just wants to get back. The pair leave and are back in MIFT headquarters, but observant viewers will notice that the door is still active.

The team reunites, and surprise, there is one extra as the Abominable Snowman has come back to Monsters, Incorporated.

He is immediately recognized as having been banished by the rest of the MIFT team and several other familiar faces around the company. Abominable’s goal is to find Mike and Sulley so they can un-banish him, Tylor is trying to get him back in his door because he doesn’t want to be banished himself, nor does the rest of the MIFT Team for harboring a banished monster, so they’ve set traps to catch him, and Val is off to find out the real reason he was banished in the first place.

Tylor suggests that the best way to get Mike and Sulley to un-banish him is by bringing them fresh Snow Cones during the heatwave, so they head back to the door, which is rigged with a trap thanks to Cutter and Duncan. The two are scooped up and suspended high above the floor and are stuck together just talking. Inadvertently bonding, the two learn more about each other when Duncan and Cutter show up to get them down. As the Abominable Snowman goes in to get the Snow Cones, he turns to Tylor (who clearly has a new affinity for the Monster) and tells him it's nice to have such a good friend. He climbs through the door, and though remorseful but knowing what he has to do, Tylor deactivates the door.

As Tylor, saddened by the events, heads up to the Laugh Floor, Val catches him and explains what she found out. He didn’t hurt anybody, he caused no harm, the Abominable Snowman was banished because at some point he saw plans for the scream extractor and Waternoose sent him away. Things that were never explained in the original film but now will likely become canon. As Tylor is about to try and score at least some points on the Laugh Floor, he can’t shake the thought of what he has just learned, and runs off.

Moments later, the banishment door shows up on the Laugh Floor with Mike and Sulley who immediately recognize it (they were just there a month ago after all!). The door bursts open with “Adorable,” Tylor, and Val, who offer up snow cones in the heat. Mike and Sulley are actually happy to see him! After learning the real reason why, there are no questions asked, and they un-banish him and make him the official snow cone vendor of Monsters, Incorporated.

This week’s version of Mike’s Comedy Class is about punchlines and rimshots. Needless to say, it doesn’t go over well. It’s short, but sweet.