FX on Hulu’s “The Premise” is Full of B.J. Novak’s Ideas That Didn’t Fit the Setting of “The Office”

“When I left The Office, I was bursting with all of these ideas and curiosities that I was excited to explore, but you can't do in an office setting,” B.J. Novak shared during TCA’s Summer Press Tour about his new FX on Hulu anthology series, The Premise. “The idea of being able to just go from story to story and world to world was a dream come true as a writer,” he added, serving not only as creator and writer on the series, but also executive producer and director of two of the five episodes.

“There are some comparisons that kind of help put it in context,” Novak explained about how he pitched the show to FX. “I said it was The Twilight Zone without the sci-fi, Black Mirror without the dystopian technology, these stories that are one-of-a-kind in a framework that is the show. It's really a collection of stories that are all totally different.” Oh yeah, and The Premise is a comedy that deals with some pretty big issues.

“It's not even entirely comic, but these are what I think of as comedies, which is different to everybody,” Novak added. Themes in the five-episode season include social justice, gun violence, celebrity, social media and bullying. The constantly changing cast includes veterans like Ed Asner and Beau Bridges, in-demand talent like Ben Platt, Tracee Ellis Ross and Daniel Dae Kim, and lots of up and comers. “This is very much a dream cast,” Novak shared. “What's especially exciting to me is that these are all people on the way up. I think that in the future, people will see these episodes and think, ‘Oh, my God, she was in that? He was in that?’ So they are really people that are bringing something exciting and new to their performance.”

B.J. Novak was very involved with the cast as they collaborated to create the characters. Lucas Hedges plays the titular character in “The Ballad of Jesse Wheeler,” a pop star who makes an indecent proposal to his high school’s valedictorian. “For some reason, Billie Eilish was on my mind a lot,” Lucas Hedges explained about the real-life pop star who most inspired his on-screen persona. “Billie Eilish was the first person we showed the episode to,” Novak added. “We thought she might want to see it and she did.” She enjoyed it, in case you were wondering, with the series creator quoting her as saying “This is so great.” 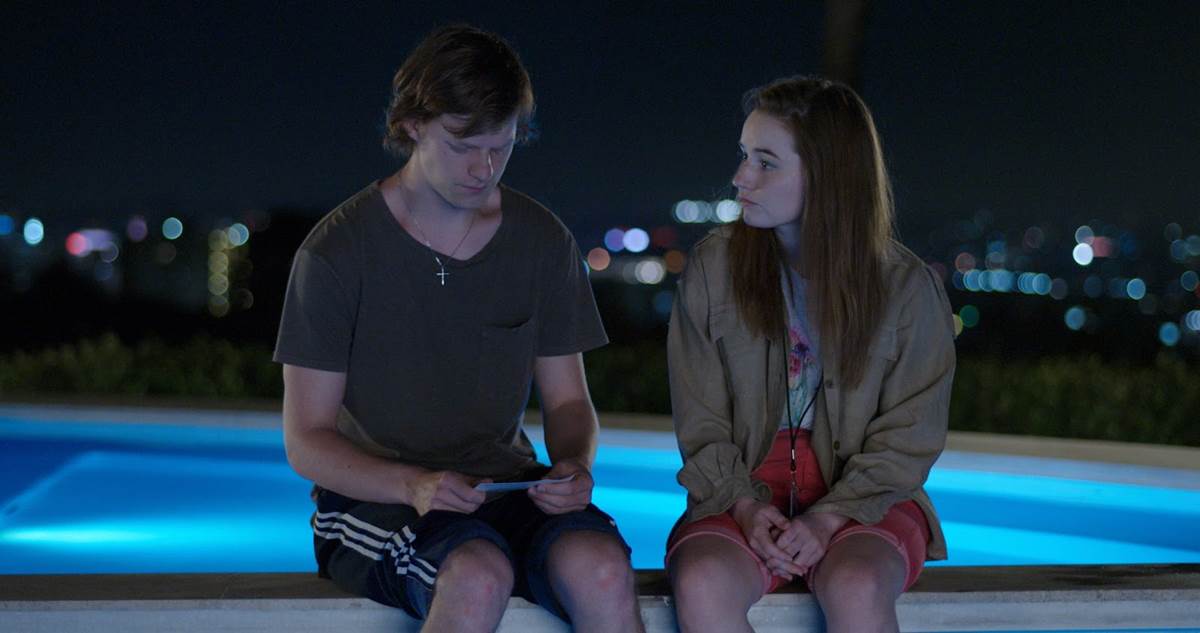 “The writing and the script, it was just so exciting,” Ayo Edebiri explained about her episode, “Social Justice Sex Tape,” which costars Tracie Ellis Ross and Ben Platt. “It just was so exciting to get the opportunity to work with people who I just think are so incredible and talented and geniuses, basically every single one of them. And to work with a script that deals with comedy and drama and these real topics in such a nuanced, tricky way, I think that challenge was also really exciting to get the opportunity to face.

“As a producer, I would say getting to bring on people like Lucas as a pop star, Ayo as a lawyer with this incredibly comic yet dramatic dilemma, that was very exciting,” B.J. Novak boasted, now on the other side of production on the first season, which was much more challenging than he envisioned. “You have all of the stress of setting up a completely self-standing movie with a completely new cast, with these really rich characters that they have to learn right away, and a different director often and cinematographer and completely different tone. And you have about six days to do it, and then you move onto the next one. It's all locations, so it was a nightmare producing-wise. I didn't know that, or I didn't believe that when I started writing it. But I'm glad I didn't because, on the writing level, it was a dream come true.”

You can experience B.J. Novak’s dream project, The Premise, starting September 16th only on FX on Hulu.