The distant past meets the present in the August 10th episode of Overheard at National Geographic. Titled “The Aztecs: From Empire to A.I.,” the episode looks at the history of the Aztec people, how their language has thrived, and how artificial intelligence programs inspired by Aztec storytelling can be used to help solve some modern day problems. 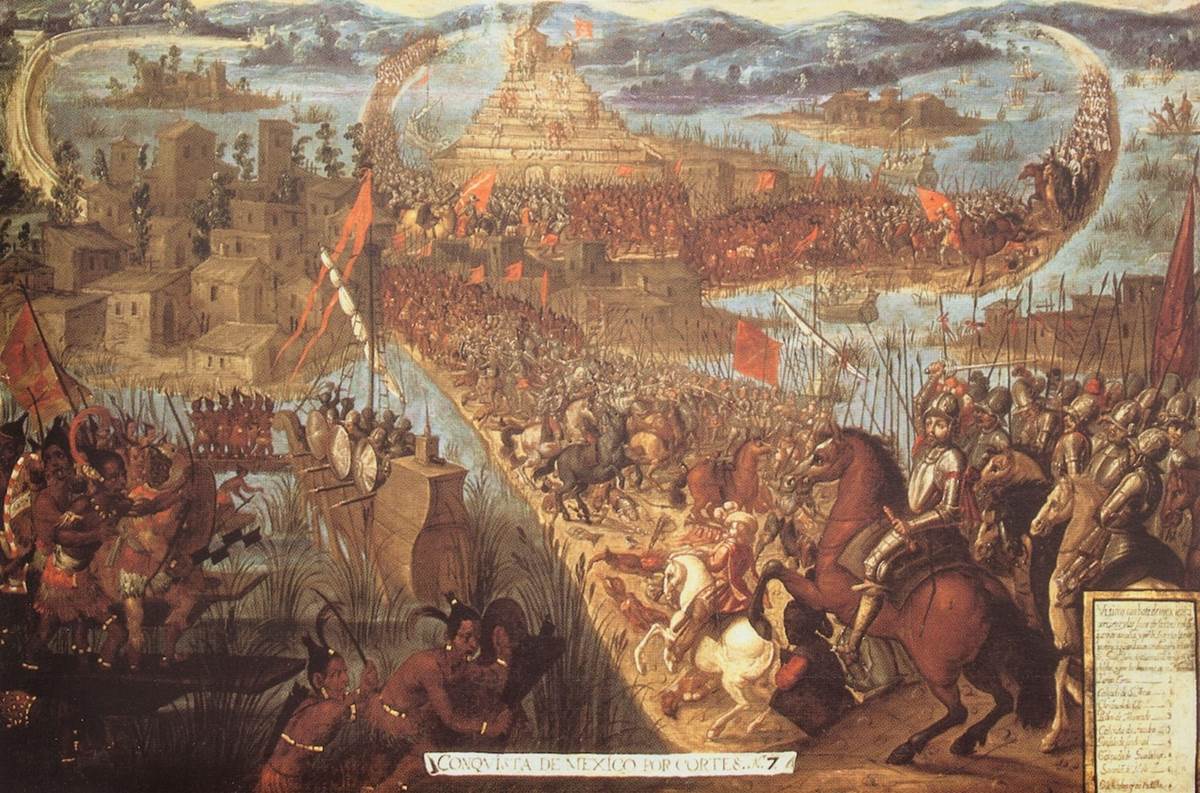 The Aztec Empire came to an end 500 years ago after the Spanish arrived and partnered with surrounding city states that owed tribute, using Spain’s artillery to gain control. Originally known as the Mexica, the term Aztec came from the place the people originally came from, Aztlán. The center of their empire was called Tenochtitlan, where modern day Mexico City is located, a Spanish city built atop the ruins of the empire they destroyed.

History professor Andrés Reséndez provides a lot of the historical context for this episode, referring to the Aztec as a bit like a mafia and like any good empire, they kept written records. The Matrícula de Tributos was full of information about who owed what to the Aztec and from where. The surviving records are now called the Aztec codices and they’ve even been used as evidence in modern legal proceedings over property ownership. They miraculously survived thanks to Spanish monks and missionaries, who used them like a Rosetta Stone to translate from Nahuatl to Spanish.

Digital humanities instructor Ernesto Miranda has studied the codices, learning about the rituals and beliefs of the Aztec through them. And the documents are still used in an annual ritual of the descendants of the Aztec people. Their language, Nahuatl, is fluently spoken by 1.5 million people.

In 1968, history and archeology professor Jim Taggart set out to find these descendants to learn more about their language, culture, and shared stories. In a well hidden community more than 5 hours driving distance from Mexico City, his search was over, but he still had to earn their trust.

Befriending a man named Nacho, Jim spent 44 years and learned how to speak a dialect of Nahuatl. Nacho often had to provide cultural context for some of the stories that had been passed down for generations, such as one about a mysterious sound from a nearby river, the drumming of a boy saved by a water dwelling mythical creature called an achane. This story is believed to be the reason that drums are used to call together a fiesta, but as Jim learned more, he realized that the role of the achane changed over time from something to be feared to something to celebrate. Modern stories about how the sound can no longer be heard speak to a sense of the loss of culture, which Jim realized was relatable to many people outside of the community.

Before the Spanish arrived, gods in Aztec stories were not empathetic to the plight of humans. Afterwards, that all changed, with the few who survived carrying on the culture in new ways. Rafael Pérez y Pérez is a computer scientist in artificial intelligence working on computer models of writing who invented a program called MEXICA, named after the people we know today as the Aztec. The program creates stories the way humans do, shaping them around names and places that Rafael inputs.

One of the remarkable things about MEXICA is that it can tell stories from a certain point of view. In this historical example, it can create stories about the Spanish from the Mexico’s perspective and vice versa.

Ethnographer Pamela Effrein Sandstrom sees the potential of this program to help bridge the divide and  along the U.S. border as well. Her insight included the fact that while most people seeking asylum from the southern border, Spanish is sometimes their second language, many of whom are Indigenous. Having stories that can be approached from both sides could lead to deeper understanding. Her husband, Alan Sandtrom, is also an ethnographer who has been studying Nahuatl language, which is being taught at several universities in the U.S. as it is the Indigenous American language that is most in use now.