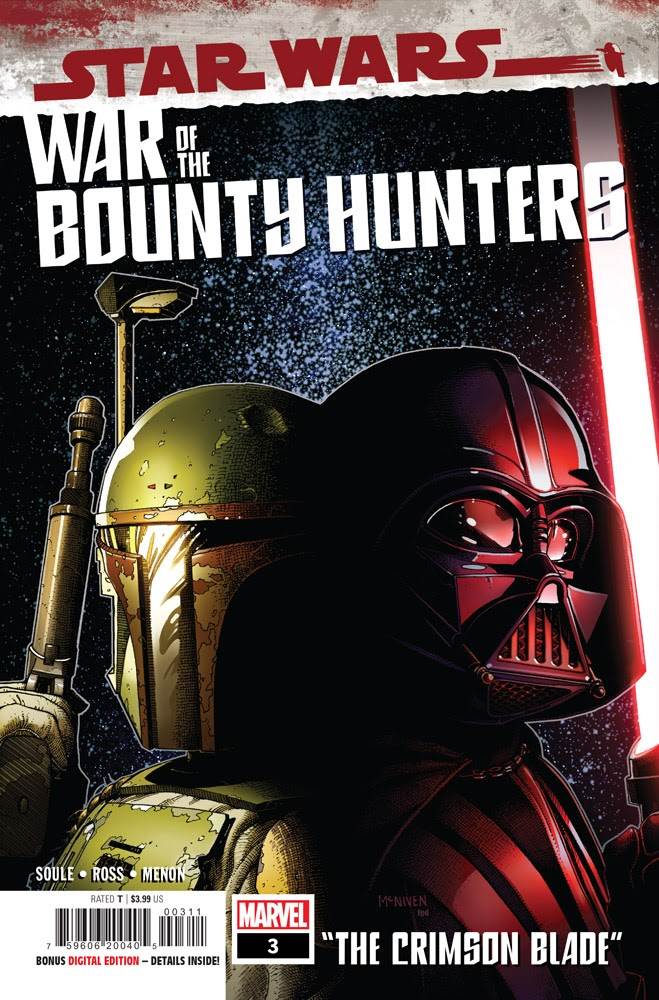 After a month’s worth of tie-in issues showing readers how each interested party made their way to Crimson Dawn’s auction for the carbonite-frozen Han Solo, the main storyline is finally allowed to progress a bit in Star Wars: War of the Bounty Hunters #3, out today from Marvel Comics.

Sith Lord Darth Vader is the real focus of this issue, and we get to see the aftermath of his arrival on Jekara. Vader commandeers that famous carbonite block from Jabba the Hutt, who purchased it from Qi’ra as the highest bidder. Naturally the Hutts are not too thrilled with that idea, but as they attempt to negotiate with the Imperial forces, hidden away behind the scenes bounty hunter Boba Fett is having his own confrontation with Rebel Alliance members Leia Organa and Chewbacca, alongside their fence-sitting scoundrel companion Lando Calrissian. 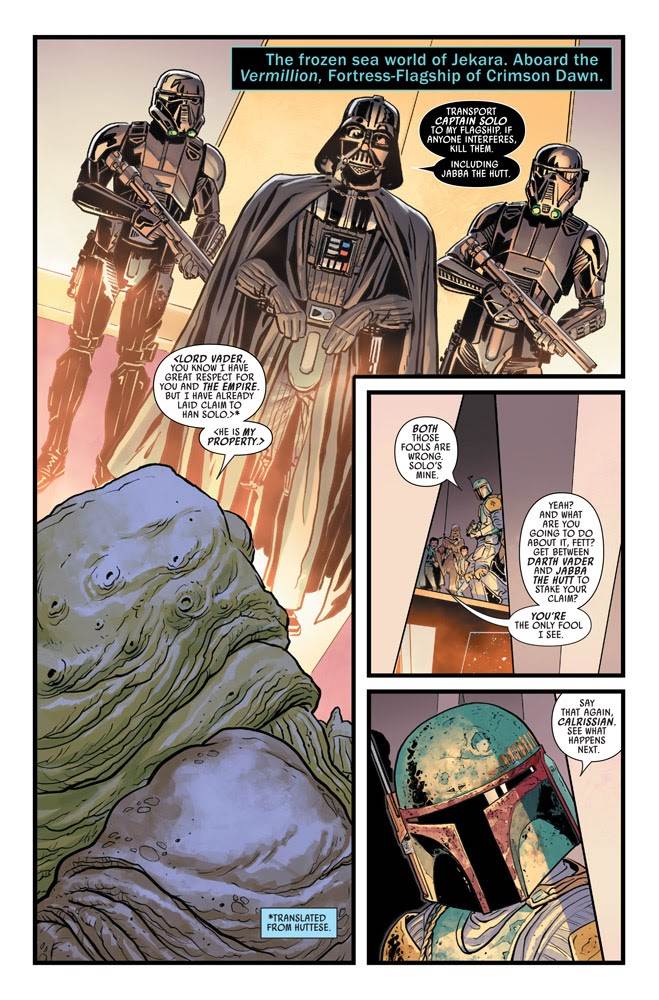 The hand-to-hand combat between Chewie and Boba Fett that follows is a blast to watch unfold, especially after Lando’s line “Beat his a#$, Chewbacca.” I wasn’t expecting to read something like that in a Star Wars comic, but it made me laugh out loud in its audacity, so I applaud writer Charles Soule for including it. In fact, all the stuff between Leia, Lando, Chewie, and Fett reminded me of playing with action figures growing up (similar to what Jon Favreau and Dave Filoni have been saying about the freedom they’re given with Star Wars characters in The Mandalorian) and for that reason it’s just a whole lot of fun. Seeing Vader deal with the Hutts was also pretty entertaining, but the other major highlight of this issue is the Dark Lord’s melee battle against Qi’ra, who suggests that she may have learned quite a bit more from her time working under Darth Maul (see the twist ending of 2018’s Solo: A Star Wars Story) than we fans may have assumed. Using some kind of detachable stun batons that can act as a double-bladed fighting staff, Qi’ra pulls out all the stops to go head-to-head with Vader and try to prevent him from taking Han Solo– without properly compensating Crimson Dawn, that is. Of course, the Sith Lord recognizes Qi’ra’s familiar fighting style as Teräs Käsi, and he comes close to figuring out who her master was a number of years earlier. Then all of this simultaneous action is interrupted by the arrival of Luke Skywalker into the mix, with Vader threatening to cut the frozen Solo in half if the young would-be Jedi doesn’t immediately present himself to him. I’m assuming that threat is dealt with in the new issue of Marvel’s main Star Wars title, also out today– which I’m about to read and review right here on LaughingPlace.com, so stay tuned for that. In the meantime, I’m still in favor of War of the Bounty Hunters as a miniseries and crossover event, though all the combined chaos in this particular issue makes it feel just a hair on the sillier side than I might have preferred. I’ll reserve my ultimate judgment until I see where all of this is going, but until then I can recommend the comic based on Soule’s writing and illustrator Luke Ross’s vibrant artwork alone. 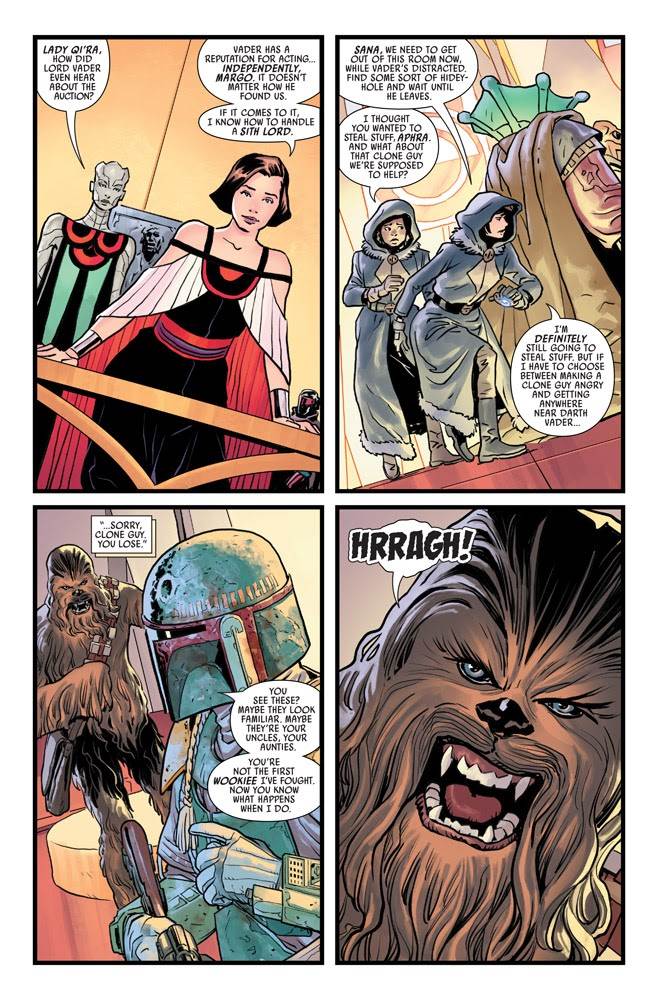 Star Wars: War of the Bounty Hunters #3 is available now wherever comic books are sold.