Lifetime, the leading producer of original TV movies, has reimagined the classic Michael Landon 1980’s television series Highway to Heaven as a series of made for TV films. Produced with the involvement of the Landon estate, this modern retelling stars Jill Scott as Angela, an angel on earth on a mission to help people. Also serving as executive producer, Jill Scott was joined by her co-star for the first film, Barry Watson, at the Television Critics Association’s Summer Press Tour to talk about the upcoming debut film in the series. 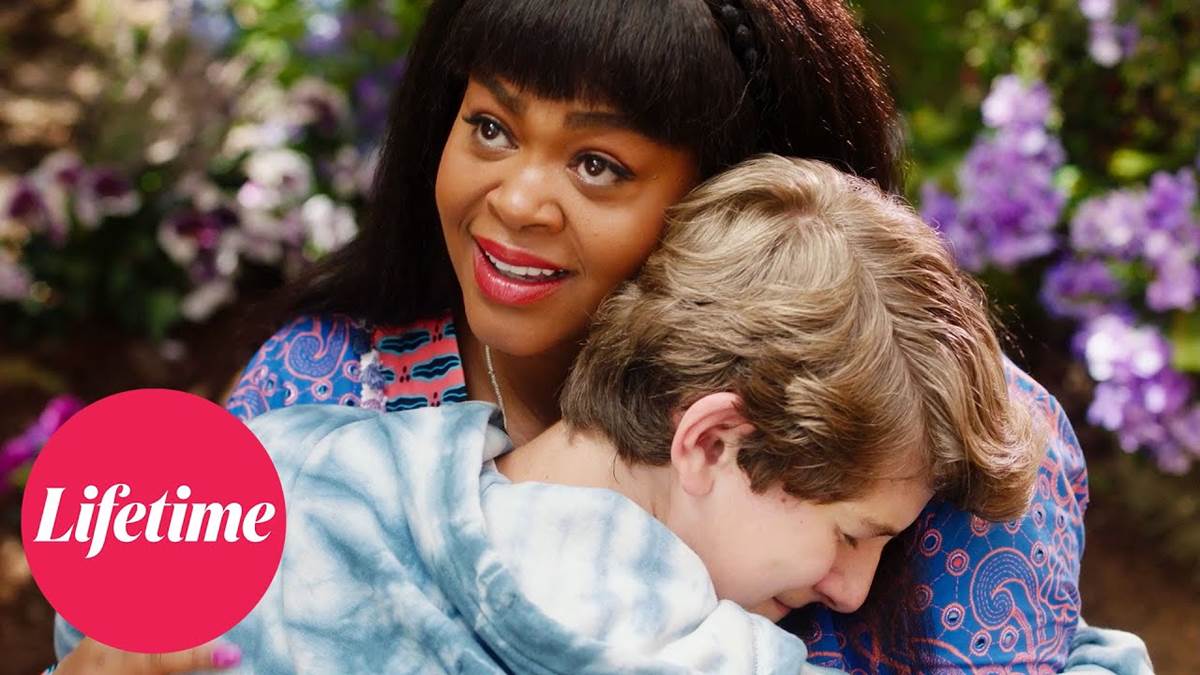 “Everybody who watches Lifetime watches Lifetime for specific reasons,” Jill Scott explained when asked why this cable network was the perfect home for Highway to Heaven. “If you want something that is heart-felt, if you want to watch a film that has some level of justice or completion, forgiveness, these are key components to what Lifetime offers. And there is no better place for Highway to Heaven. Angela meets people who are in the middle of a crisis, typically. Whether they're facing it and holding it in, or just trying to struggle their way through, this is when Angela comes. They're people who really, really need help. So it makes all the sense in the world to me that this is on Lifetime. This is the Lifetime brand.”

“It was exciting and a privilege to have that script come across my desk and it said Highway to Heaven,” Jill said, recalling years spent watching Little House on the Prairie and the original Highway to Heaven with her grandmother, who had a crush on the TV actor. “Honestly, I didn’t even read the script initially, I just said yes. And then after I said yes, of course, I panicked and read the script. But initially, I was just like, yeah, I want to be a part of that.”

7th Heaven star Barry Watson is no stranger to faith-based television, although that wasn’t necessarily why he said yes. “I was flipping through channels on a television with my wife and Highway to Heaven came on,” he explained. “And I looked at her and I said, ‘How come no one’s done a reboot of this, yet?’ Little did I know it was already in the works, but it just seemed like the world needs a Highway to Heaven right now… I was just so happy that something like this came about and I'm honored that they thought of me to be partners with Jill.”

“Bruce needs everything from Angela; he just doesn't quite know it,” Barry added about the character he plays. “Parts of Bruce's past have stunted him and I don't even think he realizes it until he comes into contact with Angela and discovers he's got some stuff in the past that he hasn't quite moved on from yet. He plays everything almost as a joke, and I think that's his way of deflecting what his issues might be. Angela is the one that really makes him realize what's stunted him all these years.”

While Highway to Heaven is rooted in spirituality, it’s not necessarily rooted in one particular faith. “In this film we call the creator ‘God,’ we call him or her my ‘Boss,’ which I really appreciated because it doesn't mean that this is specifically for any religion,” Jill Scott said. “It’s for everybody who is looking for light in the dark or needs a reminder that faith still exists and that the creator, my boss, your boss, our boss, is still very much present.”

Making Highway to Heaven proved to be a rewarding experience for the actress, whose Lifetime work includes the star-studded remake of Steel Magnolias. “This, honestly, was the most lovely group of people I've ever worked with,” Jill Scott shared. “I'm talking from top to bottom. There was a joyfulness about the work and it came from everybody, from catering to hair and makeup to everybody, cast and crew.  It was lovely, it was a great experience. And that I'm gonna carry with me wherever I go. Whatever my next executive producer role is, I know that it's all possible, that good energy, good vibes, focused energy is possible. I know now, I've seen it.”

You can see for yourself when Highway to Heaven premieres later this fall, only on Lifetime.