Since launching last year, AMC Studios’ premiere streaming service AMC+ has attracted more than 6 million subscribers and the network plans to close out 2021 with 9 million. The strategy thus far has been to have content appear on both the AMC cable channel and the streaming service, but that’s about to change. During the TCA Summer Press Tour, president of AMC original programming Dan McDermott introduced three upcoming shows, one of which can only be seen on AMC+. Premiering September 9th only on AMC+, Kin is a drama about an Irish crime family set in Dublin. Starring Charlie Cox of Marvel’s Daredevil and Aiden Gilles and Clare Dunne, the series is intended to be an instant draw for fans of Gangs of London.

“What we really were careful to do, I suppose, was present Dublin in a way that we hope hasn't been seen before in other TV shows or films,” explained series creator, showrunner and EP Peter McKenna. “We tried to pick locations in places that felt fresh and new.” What sets Kin apart from other crime family shows like The Sopranos is that Dublin gangs often work together. “By and large, until they're actually fighting with each other, a lot of these gangs work together, bring drugs in together. They end up falling out and killing each other and then forming new alliances… Irish people have a very unique relationship with gangland… We treat them a bit like reality stars, and we have this obsession with them, and I suppose that’s what really interested me in this world. What’s it like to be this family in this world where you’re almost like mini celebrities, but you’re also criminals, and you have all the dynamics of a family?”

“I found it really intimidating to be on set with an entirely Irish cast,” revealed Charlie Cox. “Hopefully, the accent is passable,” he joked, explaining that he sometimes had to do ADR to rephrase certain things. “A few years ago, I did a Northern Irish accent and I thought that would help me in the process. And actually, I think if anything, it probably hindered it because I found that there are some sounds that are so similar and I found it very hard to get out of the intonation and the cadence of the Northern, because it was just… my sense of memory was there.” 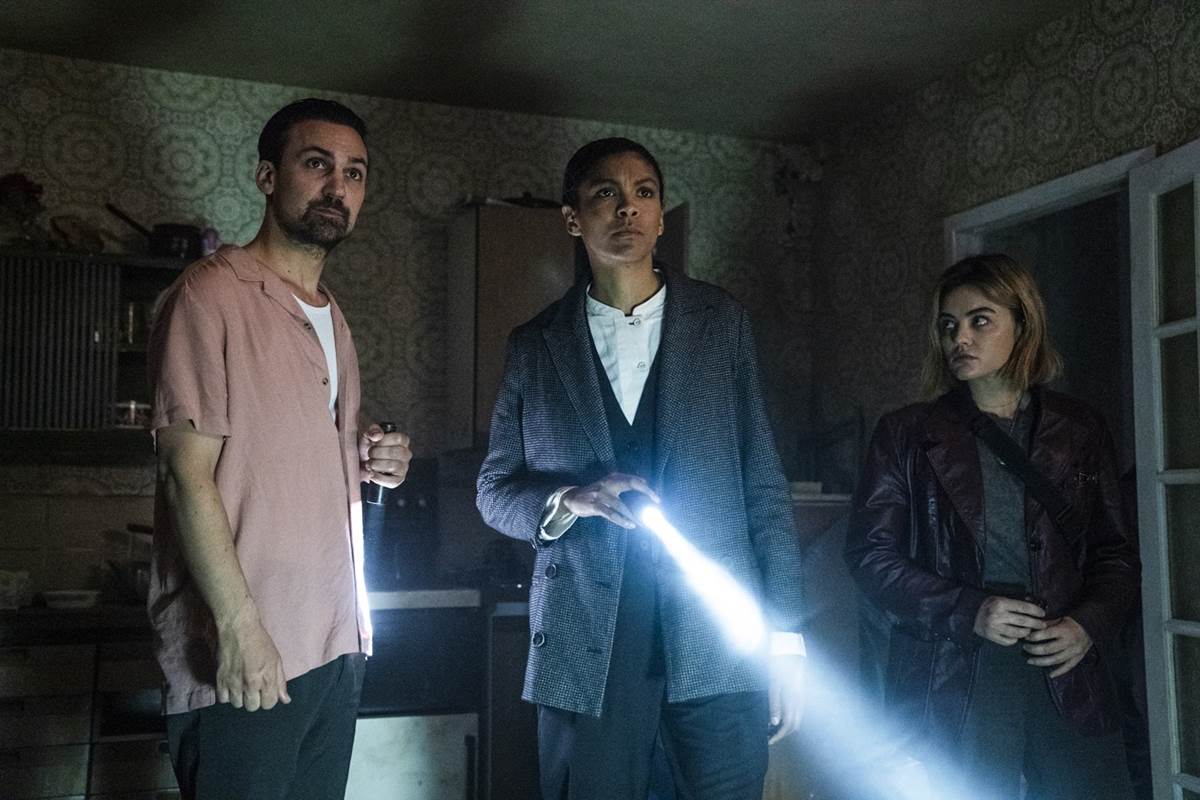 Premiering November 11th on AMC+ and coming later to AMC, Daniel Cole’s murder mystery novel becomes a gripping new series about a killer who dismembers bodies and stitches them together. The series stars Henry Lloyd-Hughes, Thalissa Teixeira and Lucy Hale.

“The original book, Ragdoll, was a brilliant gift to adapt,” said writer and EP Freddy Syborn. “It was very funny, it was very gruesome.” The writer also revealed that characters have been changed for the television adaptation. “What I’ve really tried to do is to find that extra layer of depth in terms of the character because that’s what I really love. And that’s what I’ve so enjoyed watching the three of these actors bring to the piece.”

“I wanted to be a part of this project because I gravitate towards these shows anyway,” Lucy Hale shared, best known for her work on Freeform’s Pretty Little Liars. “I’ve been preparing my whole life for a show like this because I’m the first girl to listen to any true crime podcast or watch any of the crime shows. But I think a lot of the people that support me have grown up with me and so I think that the people that are still watching everything that I do will hopefully know what they’re stepping into. But I think that the show is obviously very dark and there are gruesome elements, but what I loved about this show is how Freddy so brilliantly showed why people do certain things based on their trauma or their shame.  And so, for me, it was more about the friendships between these characters and the lengths they’ll go to protect each other and basically just what trauma can do to a person.” 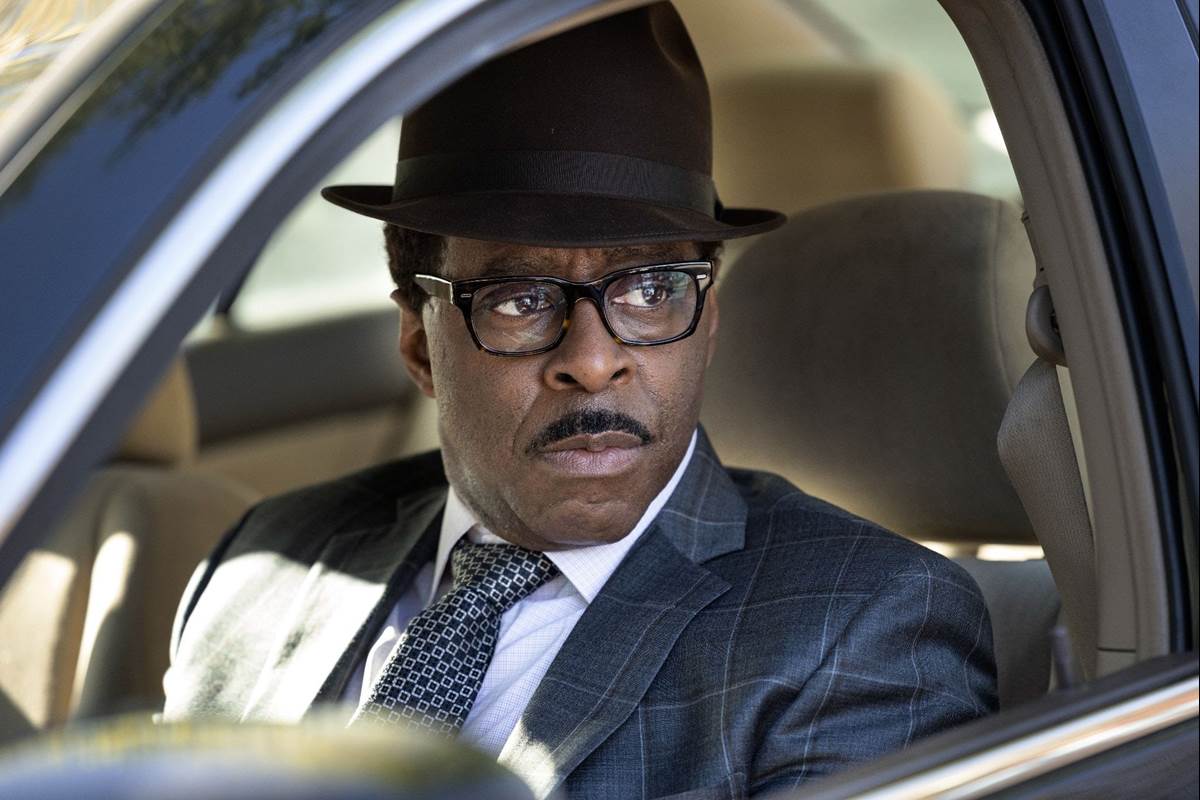 Courtney B. Vance stars as Franklin Roberts in this two-season television event set in Chicago. Described as a “Propulsive thriller,” 61st Street follows police and prosecutors as they investigate a deadly drug bust. The action begins this winter on AMC+ before its broadcast debut on AMC.

“The research around this show always originated in Chicago,” shared EP Alana Mayo, who cited the shooting of Laquan McDonald as a recent source of inspiration. “Chicago, unfortunately, has a couple of the most heinous, recent incidents of police violence against unarmed black people. I’m from Chicago and I’m highly biased towards the city… But I think also the opportunity for shooting in Chicago, which we really haven’t seen explored as much as other cities in the city, also shows the flip side of the coin which is the incredible communities that exist on the southside and the real people that are there. It’s not just a story about police violence, or police corruptions, or the marginalization of black folks in America. It’s also an incredibly rich community that, frankly, I think we just need to see more of on television.”

“There’s an issue with how people see people and how black people are viewed, the negative versus the positive, the discussion versus the shooting first,” Courtney B. Vance added to the conversation. He described his love of traveling through small towns where cops know everybody and feel comfortable having a conversation, vs in a big city where they don’t know most of the residents. “We need to bring people together to talk, and unfortunately or fortunately, this really is the only way that we’ve found to be able to talk with these shows… These shows are just an opportunity for us to do the work which is just to talk about it.”

The Future of AMC+

This was just a preview of three exciting shows coming to AMC+ this fall and winter. Looking further out, Dominic Cooper will star I’m the AMC+ original series Spy City and Emily Watson will headline Too Close. The streamer also just announced three new shows for 2022: Moonhaven, Dark Wind and Interview with the Vampire.