As a little girl my parents read the Cinderella “tell-a-tale” book to me so often that I’d memorized it, appearing to read it to myself around age 3.

In its opening pages it establishes what I’ve always carried with me as the true message (moral) of Disney’s Cinderella – that it was her kindness coupled with her optimism under very hopeless and cruel circumstances that kept the door open for her biggest dreams to come true. 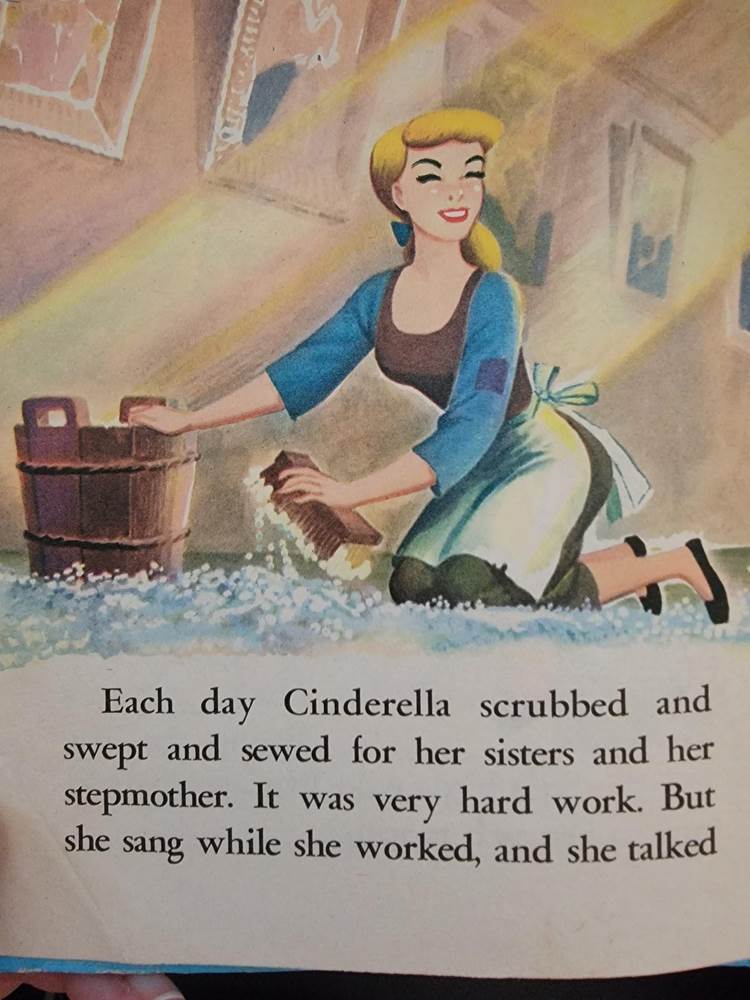 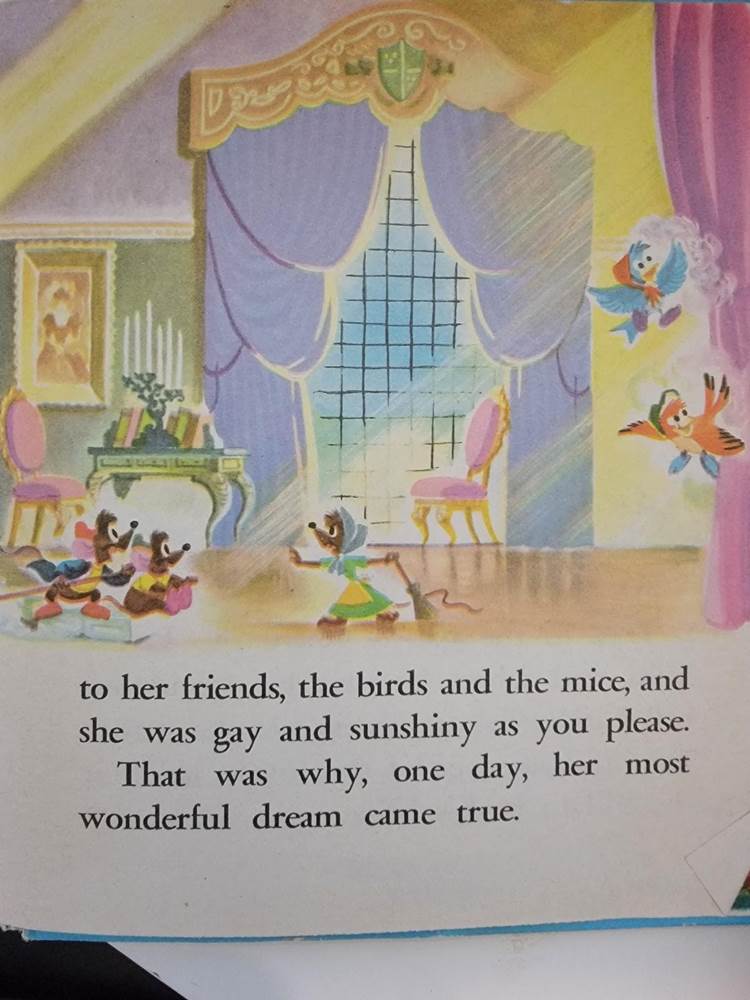 In addition to the storybook my nap times and bedtimes were often accompanied by the film’s soundtrack and yet again the messages here have stuck with me throughout my life – whether it's the idea of prepare and carry yourself for the role you want “Though you're dressed in rags, you wear an air of queenly grace. Anyone can see a throne would be your proper place” (from the main theme) or the optimistic mantra from A Dream is Wish Your Heart Makes “Have faith in your dreams and someday your rainbow will come shining through”

Even the fairy godmother’s appearance wouldn’t have been possible without that optimism as she says herself in the animated film “If you’d lost all your faith, I couldn’t be here.”

Consider how differently the Prince would’ve reacted to her at the Ball if she had still been carrying all the pressures and challenges of her stepmother and stepsisters’ ugliness to her. But her ability to leave what she couldn’t change behind and embrace that moment for all it could offer her is an example that has stuck with me throughout my years. Along with the example of how important simple kindnesses can be. If Cinderella hadn’t befriended the mice she wouldn’t have had allies when her stepmother so cruelly locked her up when the Grand Duke came to the house to try the slipper on the ladies of the house.

I’ve often heard that Cinderella was Walt Disney’s favorite princess, as explored in this brief video celebration of the film, perhaps because the film’s box office performance seeded his dream – Disneyland.

And so in reminding us to have faith in our dreams through the story of Cinderella, Walt Disney was able to realize his.