The third day of CinemaCon 2021 kicked off in one of the Caesar Palace ballrooms for a breakfast presentation from Neon. It was short and sweet, highlighting three films that will debut in theaters before the end of the year. Neon has a streaming deal with Hulu wherein their theatrical releases make their streaming debut on Disney’s multi-generational platform, so everything highlighted in this recap should eventually be available for in-home viewing on Hulu.

First up was Titane from director Julia Ducournau. The trailer was very moody and sexy and definitely R-rated. It’s hard to get a sense of what the film is about from the trailer and the official description is even more secretive, defining the title as “A metal highly resistant to heat and corrosion, with high tensile strength alloys, often used in medical prostheses due to its pronounced biocompatibility.” It will premiere in theaters on October 1st.

Next up was award-winning animated documentary Flee, which premiered earlier this year at Sundance (read our review here). The trailer is available now and you can see the film on the big screen in select markets starting December 3rd, with plans to expand to a wider release closer to awards season in early 2021. 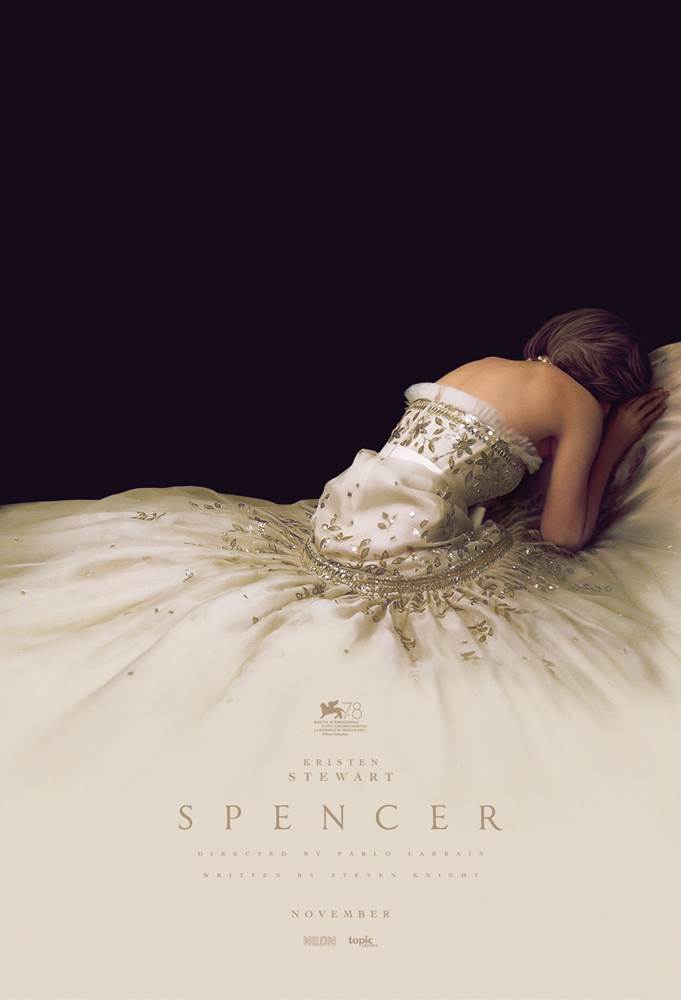 Saving the biggest for last, the Princess Diana biopic Spencer had its trailer debut at the event. Starring Kristen Stuart, audience members were also treated to a full scene from the film, in which she gave an award-worthy performance. The film will be released on November 5th and after the presentation, Neon released the official teaser poster.

[UPDATE 8/26 9:15 AM: Neon and Topic Studios have released the teaser trailer that premiered at CinemaCon online]