I know it’s a strange pet peeve of mine, especially to point out in each of my recaps for Behind the Attraction, but we finally have the most accurately titled episode of the series with “Trains, Trams, and Monorails.” Or is it? 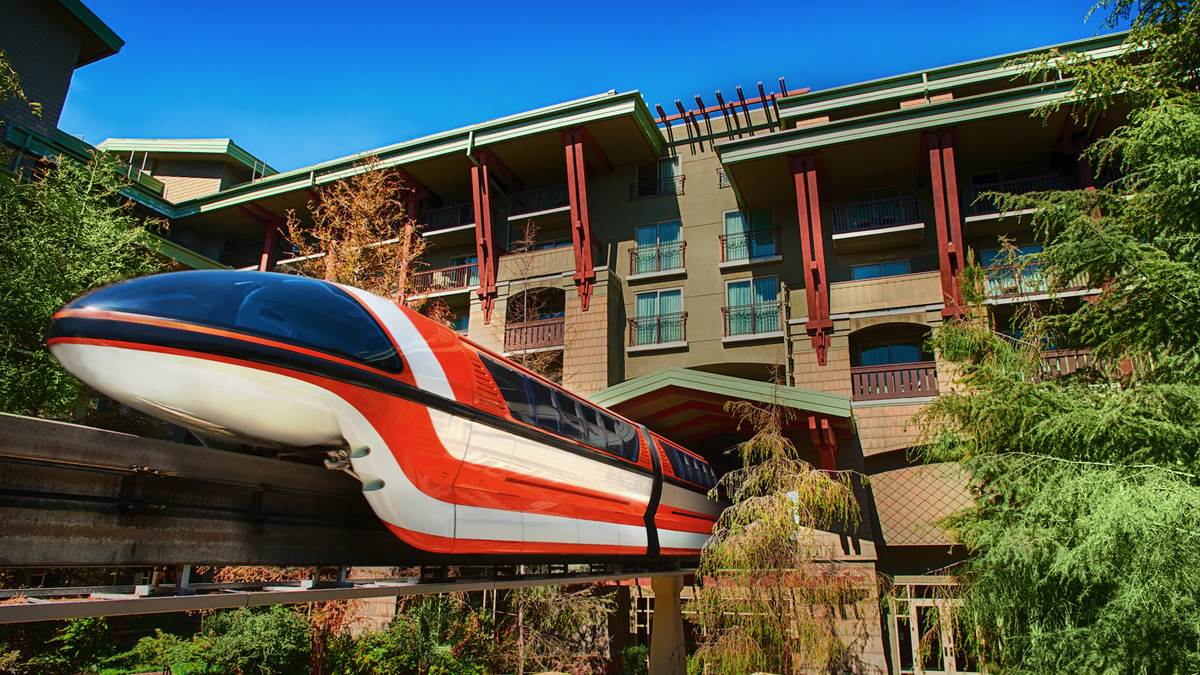 The episode begins like a day at Disneyland begins, at least as it did originally, with a trip on the Disneyland Parking Lot Tram. We are treated to (sometimes lawyer chest-clutching) footage of the original tram over the years, with guests sometimes seated precariously aboard the fan-favorite vehicle. We’re regaled with stories about Imagineers (and their children) knowing they’re at Disneyland when they see the tram.

But the whole introduction of the tram is to bring us to the train station, where we take a deep dive into the history of Walt Disney and his love of railroads, including the introduction of his own backyard railroad in his home. Again on this series, this is where the casual fan would love the new information, but if you’re a Disney die-hard hoping to discover something new, everything we hear is well-worn territory. There is a fun anecdote about Roy Disney, Walt’s Nephew sticking his foot out to derail the whole train, and another featuring Harper Goff about curved tunnels, and how Walt liked the idea of them since you can’t see what’s coming next.

We then fast forward to Disneyland, where the first building guests see upon entering the park is a train station, beckoning guests aboard to take the grand circle tour of Walt’s original Magic Kingdom. The episode, interestingly, seemingly goes out if it’s way to point out the relatively green ways that these vehicles are fueled and powered, with the trains running on biodiesel, and the trams on liquified natural gas. After discussing the fuel for the train, we get a peek at the Lilly Belle caboose that debuted in the 70s, an opulent, Victorian experience that many guests don’t know exists.

But past the train station, another form of vehicle awaits, with horse-drawn streetcars and turn of the century vehicles that take guests down to the end of the street to Sleeping Beauty Castle where more adventures await. But instead of going through the castle, the adventures continue to the right, in Tomorrowland, where in 1959, the first monorail in America debuted. 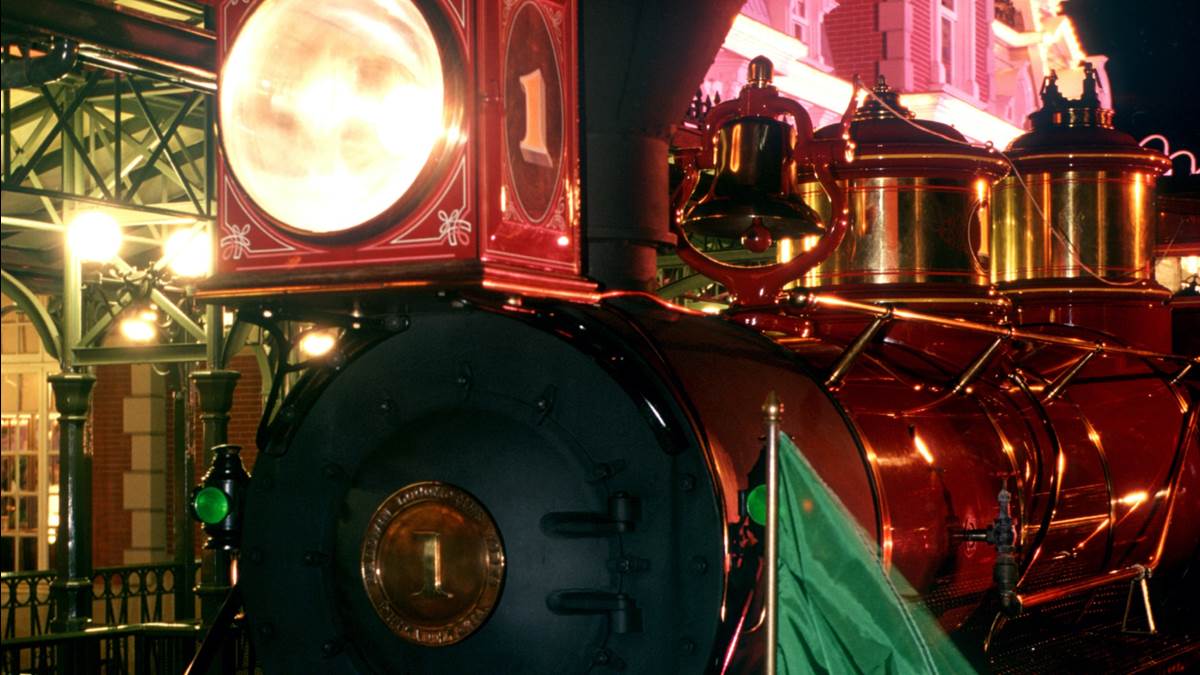 Now, we head to Germany, where Walt Disney discovered a monorail that he wanted in his park. The monorail, however, had a look that Walt didn’t enjoy, so he got Bob Gurr to take a look at the vehicle and come up with a new design for the monorail, taking inspiration from the old Buck Rogers rockets to hide the monorail beam. Interestingly, he said the hardest part to build on the original monorail was the moulding for the curved glass on the front window. The monorail is ready to open, and we get to see the classic footage of Vice President Richard Nixon arriving at Disneyland and trying to cut the ribbon on the monorail’s opening day. Spoiler alert: It didn’t work, and they had to rip it. Gurr tells a favorite anecdote where Nixon was in the train with him and Walt when they pulled away, leaving the secret service on the platform, with Gurr realizing he had now kidnapped the vice president of the United States of America.

The Monorail gained popularity, especially since it was connected to the Disneyland Hotel, helping Walt see the monorail not only as an attraction, but as a means of transportation for a city. Walt even pitched the monorail to both Los Angeles and Anaheim to ease congestion. Interestingly, they showed a newspaper article regarding discussion of a Disney-Knott Monorail route. Hmmmmm. 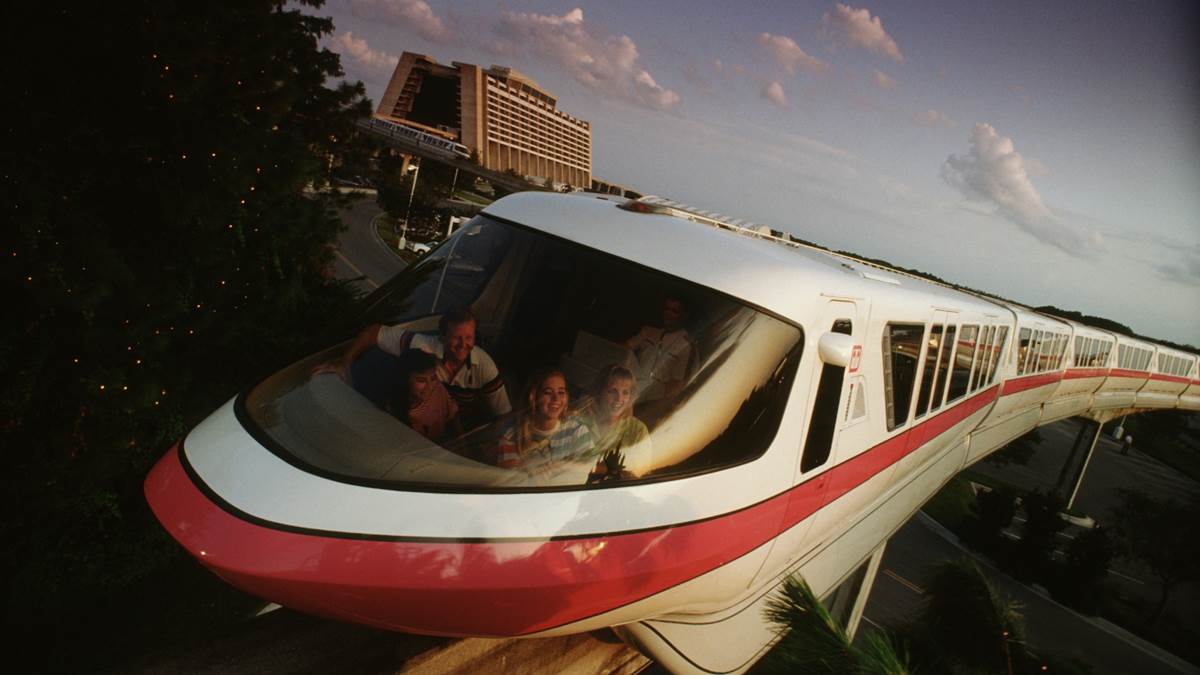 Staying in Tomorrowland, we jump into the WEDway Peoplemover, learning more about that system and how it works, a perfect segue into the original ideas of EPCOT and Walt Disney World, which prominently featured monorails and peoplemovers throughout. EPCOT, as in, the Experimental Prototype Community of Tomorrow, not EPCOT the theme park, never came to be, so we get to learn how the monorail became the prominent transportation at Walt Disney World. We also get a quick glimpse of the Contemporary Resort and its design with the monorail passing through as a headlining feature. Monorails aren’t the only transportation at the resort though, so we also get a look at the ferry boats of Walt Disney World as well. Personally, I just wish we got to hear about the long-defunct Fort Wilderness Railroad as well. 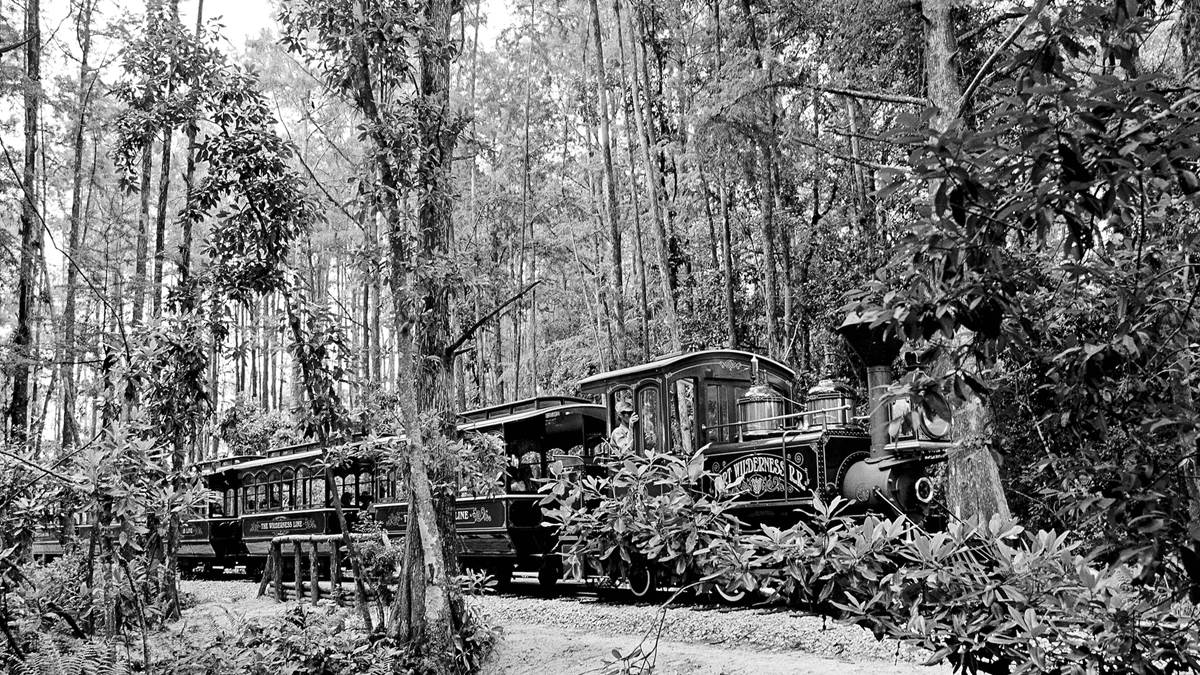 Back across the country, we look at the redesign of the monorail at Disneyland, going back to that original Bob Gurr design and the re-debut of the Monorail in the late 2000s, saying it's almost a brand new monorail. It wasn’t the last piece of new transportation though, as later in the episode we get a brief look at the Disney Skyliner at Walt Disney World.

The episode as a whole has been talking about vehicles throughout the Disney Parks, suggesting that Tomorrowland was a “World on the move.” With this episode, it can be said that that rule isn’t limited to just Tomorrowland, but with all the active vehicles, trains, trams, and monorails, Disney Parks are constantly alive and moving.

This episode of Behind the Attraction is now available on Disney+.