“Pick anything that I've done that you think was great and then watch BMF exceed that,” multihyphenate Curtis “50 Cent” Jackson said about the upcoming Starz original series he serves as executive producer on. During the TCA Summer Press Tour, the rapper, actor, businessman, and television producer was joined by members of the cast and showrunner Randy Huggins. “I look at the numbers. I'll be number one for African Americans and Latinos, and have a bigger audience than you've seen before.” 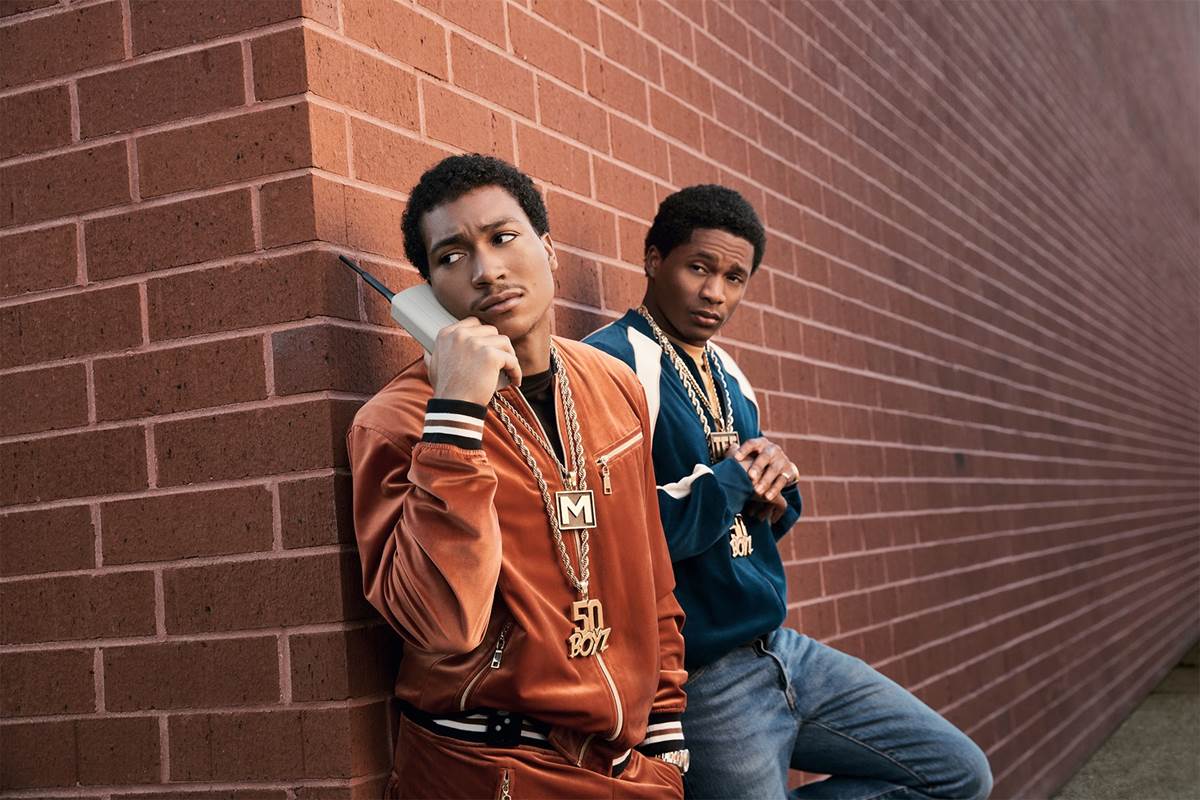 BMF, which stands for “Black Mafia Family,” is based on the true story of brothers Demetrius “Big Meech” Flenory and Terry “Southwest” Flenory, who moved from the drug trade to the world of Hip Hop in the 1980s. “So many artists were connected to this at the same time that it makes it organically the biggest story to tell coming away from Power,” Curtis Jackson shared about guest stars that include Snoop Dogg and Marshall "Eminem" Mathers, who will be playing White Boy Rick through a de-aging process. “It's something that adds a little splash, a little bit more interest to Episode 7 I directed. It's my second time directing, and you'll get a chance to check that out,” 50 Cent added.

“I spent a lot of time talking to Demetrius Flenory, going to prison to see Demetrius Flenory,” showrunner Randy Huggins explained about the accuracy of BMF. “I spent a lot of time talking to Terry Flenory, to Lucille, talking to everybody. So once I heard it, then I'm able to build it… Most of the stuff in our story is factual, but I may have to bend it to make a certain arc work Because, at the end of the day, we are in the business of entertaining people… What I'm really most excited about is this is a story, as much as it’s about Meech and Terry, it’s also about Detroit. And that's also my hometown, so I'm really excited for the world to check that out and get into the rich history that my hometown has to offer during that era of the 1980s.”

Helping to ensure an accurate portrayal is Demetrius Flenory Jr., who not only consulted with Randy Huggins but also stars in the show. “Playing my father is amazing,” Lil Meech explained. “Just getting to talk to him and hear all his childhood stories and actually live in his shoes and actually get to do some of the stuff he got to do, it just feels amazing. And with a great writer like Randy and a great producer like 50, everybody just made everything come together so gratefully and my family is grateful for it. And I know my dad will love it.”

While the historical period drama and the cast are both big draws for viewers, what viewers should ultimately take away from BMF is a story about family. “It's a series about love; Love for one another, love for the community, and it's about these guys that didn’t really have an opportunity because of the situation that was facing them within the city of Detroit in the '80s,” Randy Huggins said. “This was their only way out, so they made decisions. I'm not judging those decisions, but they made decisions that they thought were the best for them at that time.”

“It's important that they see that so they understand how they evolved into the situation that they were at,” 50 Cent added about the decision to start the series before Big Meech and Southwest went to Atlanta. “We could've just went to Atlanta and stayed in Atlanta at their heyday for seven seasons, but Randy chose to take us back and to have an understanding of what that journey was like for both Terry and me. So I think when people get a chance to see it, they're going to be watching… It's not about selling drugs, it's about the two brothers and their journey and how that evolved into something different in direction.”