American Horror Story: Double Feature continued this week with a continuation to its vampire-focused story. The third episode, titled “Thirst,” sees the Gardner family continuing to deal with the problems of their bizarre new home as well as the mystery drug that is turning people into blood-sucking monsters. Things only become more complicated when the latter becomes a family affair. 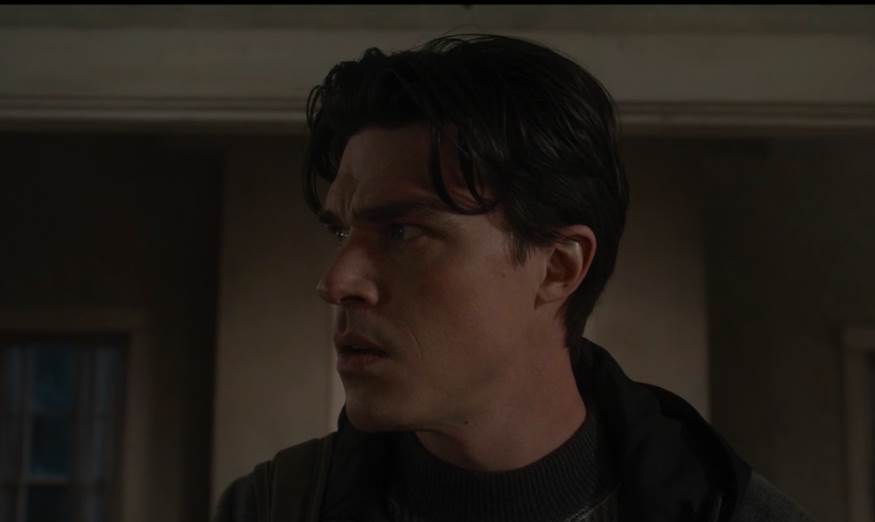 The episode opens with Doris vigorously washing the blood off of Alma after the second episode concluded with her eating a dead rabbit in the cemetery. When Doris explains the situation to Harry, he is shook but appear to understand exactly what has happened, given his own urges after taking the mysterious black pills himself.

Harry answers the front door to find the police chief, who has come to ask Alma some questions. The chief says they’ve gotten complaints form neighbors who saw Alma covered in blood and wants to question the young girl alone. When Harry begins to protest, Doris lets out a sound of pain and falls down the stairs.

In a hospital, a doctor informs the Gardners they want to keep Doris there for a few nights. Harry gives Alma some money and tells her to get something from the vending machine but notices that she gets distracted by some blood bags, furthering his theory that she took the pill. Harry convinces Doris to stay in the hospital, which is located outside of P-Town, by promising that he is going to take Alma back to New York.

In the car, Alma notices that they’re not going to New York and questions her father. He explains that he lied to Doris to get her to relax and asks Alma when she took the pill. Alma confirms that she did, which oddly doesn’t seem to concern Harry. He simply explains how the pills work and tells her she’s talented because those who aren’t become the pale vampire creatures they’ve encountered before. He eventually tells her she needs to stop taking the pills and she agrees but only if he stops too. 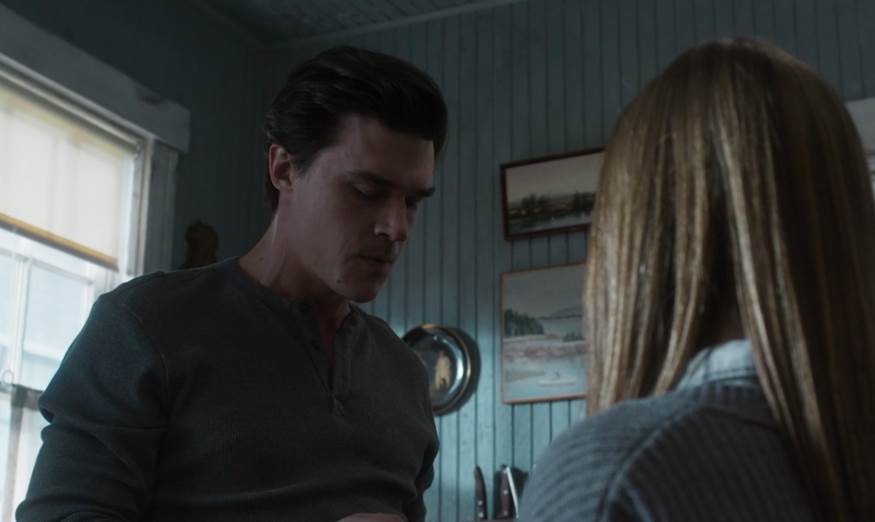 Harry sits down to write but struggles with writer’s block, as he had been when they first moved to P-Town. After a minimal effort in trying to write without them, he fishes the pills out of a trash can and takes one. He turns to find Alma holding out her hand for a pill and he reluctantly gives her one.

Over dinner, Harry tries to explain to Alma the effects these pills might have on her body. He also tells her they’re not going to tell Doris about the pills. Alma asks why they’re “still with her,” saying Doris is “not a great mom or a great wife.” It appears the pills are having more of an effect on her personality than they have on Harry’s and seem to be working more quickly as well. Harry tries to explain to her that love still matters. He also maker her promise that she will never go to get her own blood and tells her he will bring it to her.

Harry arrives at a strangers house, a woman who appears to be along. It’s clear his plan is to use her for blood but before he can attack her, he is hit in the back of the head and knocked out. He wakes up in a dark room with his hands bound before the woman and a man tell him he’s going to be the subject of their latest snuff film. While they’re temporarily distracted, he uses his fangs to bite free of the rope and attacks both of them. He bites the woman’s neck and shoots the man with his own gun. He returns home to Alms and brings her a bowl of blood, which she happily treats like a soup.

Harry gets a visit from Ursula, his agent, who informs him that Quentin Tarantino wants him to write his new series. Excited, Harry questions why Tarantino wants him and Ursula explains what the famed director said which, to Harry, implied that Tarantino himself is also taking these pills.

Ursula goes to the Muse where she sees Austin and Belle singing, just like Harry did. She complains about their singing, which clearly offends the vampiric duo and they leave. Mickey approaches Ursula and offers to buy her a drink, which she refuses before picking up her bag and walking out.

Mickey catches up to Ursula on the beach the next day and asks her to read some scripts he wrote. She reluctantly agrees, much to his excitement. That night, she reads the scripts and meets with him again the next day. She pieces together that something weird is going on in this town and gets Mickey to tell her about the pills. She blackmails him into stealing more pills for her and getting her a connection with the source, with her plan being to make herself the pipeline from Hollywood to these pills.

Mickey breaks into Belle’s house and finds a stash of pills. Meanwhile, Belle, Austin and Harry claim their next victims and Harry stores some blood to bring home to Alma. On their way back, Austin stops the car and turns to point a gun at Harry. He asks about the blood and Harry tells both of them it’s for Alma. They’re disgusted by the idea of a child being involved in this and make him promise not to allow her to take any more pills. Still, after they drop him off, Austin and Belle agree that Harry and Alma have to die. 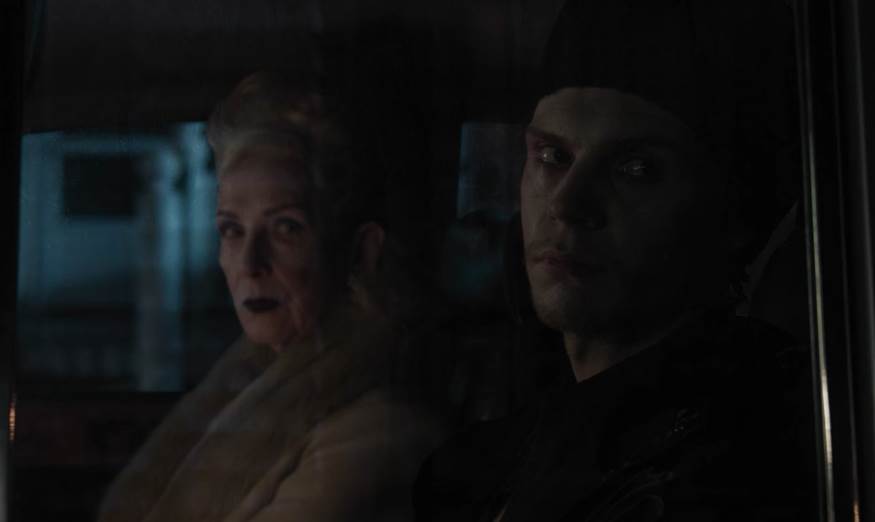 The next morning, Mickey attacks a drug dealer under the dock and, after a long fight, claims him as his next victim. When he gets home, he finds Belle waiting for him. He apologizes for stealing the pills but points out that he’s not one of the pale people because he’s one of them. Belle rejects the premise of him being on her level but agrees to let him continue to take the pills so long as he brings her some blood whenever he kills. She also tells him his next kill has to be Ursula.

Mickey sneaks up on Ursula while she’s in a bath but before he can attack her, she tells him she got him a writing job. He puts down his knife and shows his excitement before Ursula begins to negotiate. She tells him again that she needs to meet with the source of these pills and tells him the chemist is going to want to meet with her because she’s going to make them rich.

Ursula and Mickey knock on the door of a house, which is answered by a woman who is not happy to see them. Ursula convinces the woman to give them some of her time. A jump ahead shows the woman meeting with Belle and Austin and complaining about having visitors knocking on her door. They ask what she wanted and we flash back to see Ursula’s sales pitch. The woman, who is simply known as the chemist, tells them she didn’t take the deal and instead orders Belle and Austin to kill Ursula, Mickey and the Gardners.

Harry gets Ursula to babysit while he goes out to feed and Alma appears to consider killing Ursula so she can feed herself. After Harry leaves, the police chief rings the doorbell and asks Alma if she can come in to talk to her. She tells Alma she’s going to take her to the station and arrest her father. When she tries to do so, Alma stabs her in the neck, killing her. When Harry gets home, he finds the dead police chief on the table while Ursula and Alma casually play cards across the room.

This episode ups the ante for this season of American Horror Story. The horror still very much lies in the shock value of the gore and gruesome kills, but there’s also an element of drama that is ramping up more and more. Attachment to these characters is what will keep viewers coming back, but something will likely need to be done soon to make at least a couple of them more relatable and likeable.