Behind The Screams at Knott’s Scary Farm

In 1973 Knott’s transformed into Knott’s Scary Farm for its first-ever Halloween Haunt, the world’s first amusement park Halloween promotion. Now we fast forward to almost 50 years and this event remains the industry standard, breaking attendance records every year. As a child of Southern California, Knott’s Scary Farm was a right of passage. When I finally hit my teenage years and was able to go with my friends (it wasn't cool to go with your parents) I found that this was one of the best places on earth. Now here I am many years later and many miles away but still will find a way home even just for one night of Scary Farm, but when the chance came to visit for a Behind The Screams visit I couldn’t say yes fast enough! Not really knowing what I was getting myself into I showed up and was ushered into a near empty park and given the chance to talk to some key contributors to this amazing event and a sneak peek at Into The Fog: A Scary Farm Tribute Art Show. 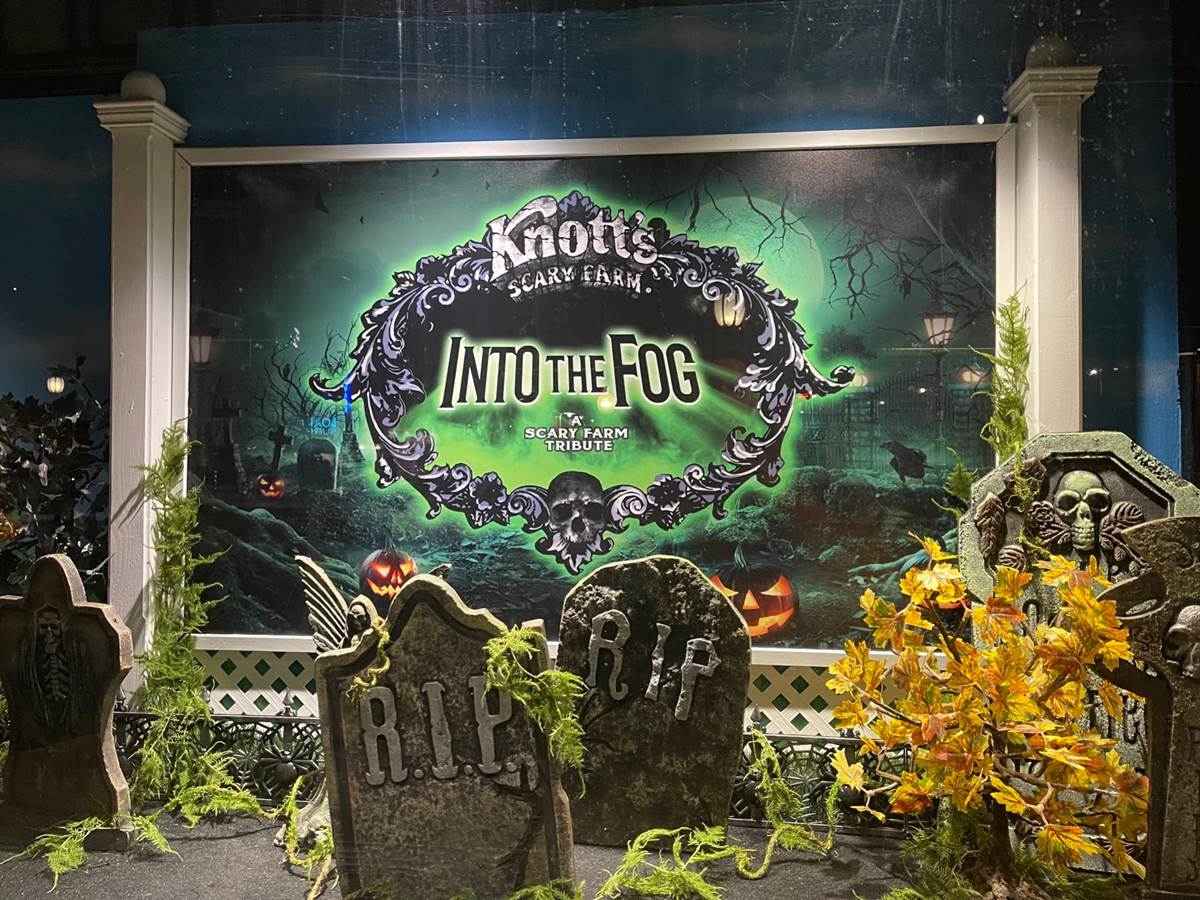 Into the Fog is an art show specially curated for the discerning Scary Farm fan. The show is home to a collection of original art by unique and talented artists from across the country. These artists have drawn inspiration from Knott’s Scary Farm’s rich 48-year history and we’re certain you’ll find an original or print you’ll want to take home with you. Along with the Scary Farm art show, you can find all sorts of souvenirs any Halloween fan will be dying to get their hands on. 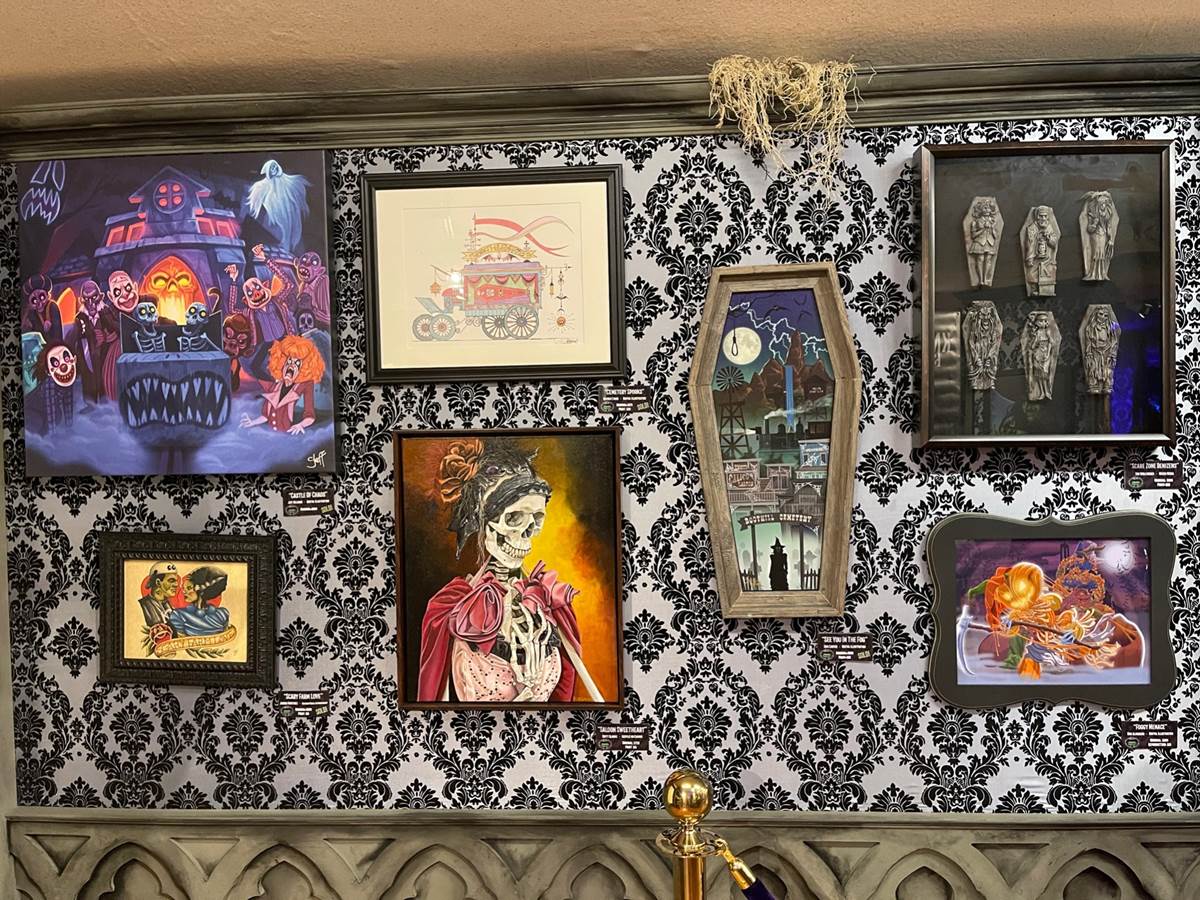 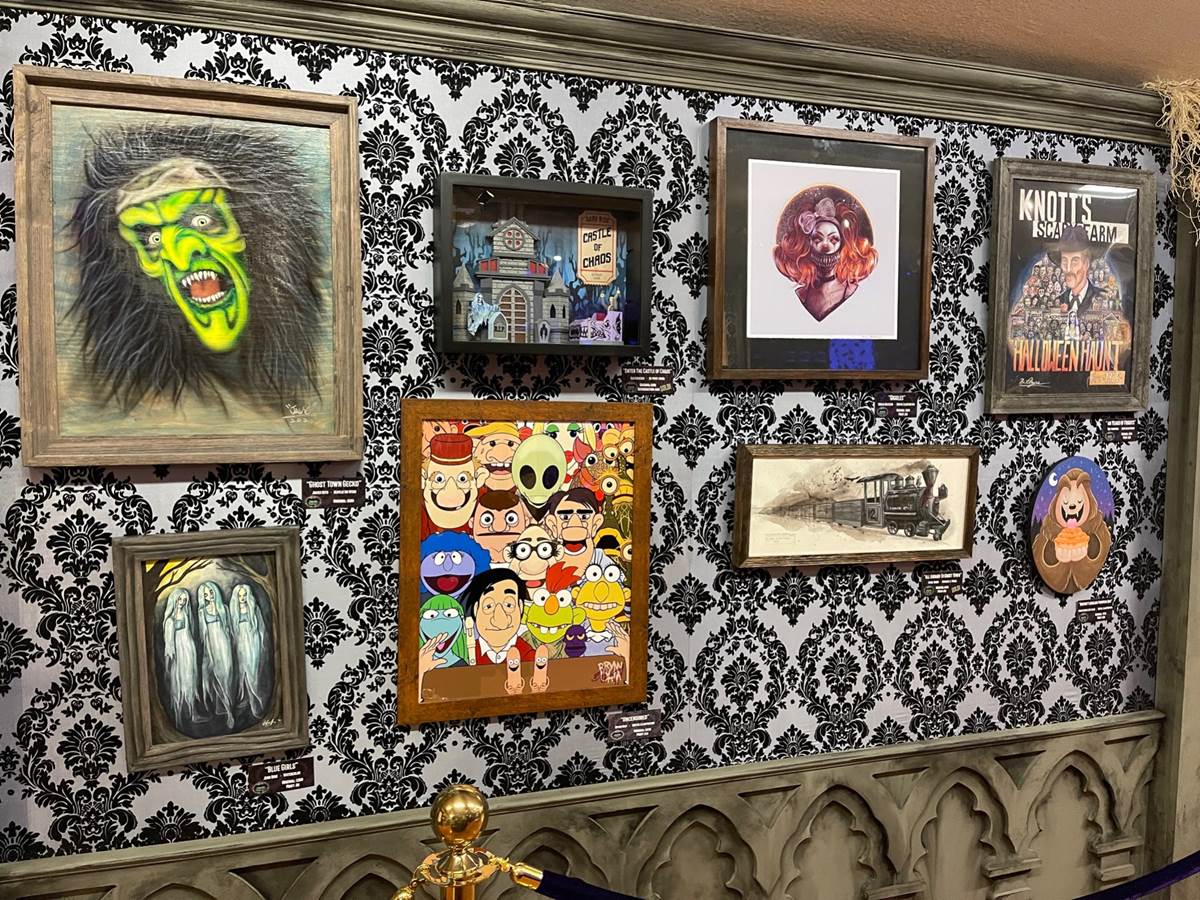 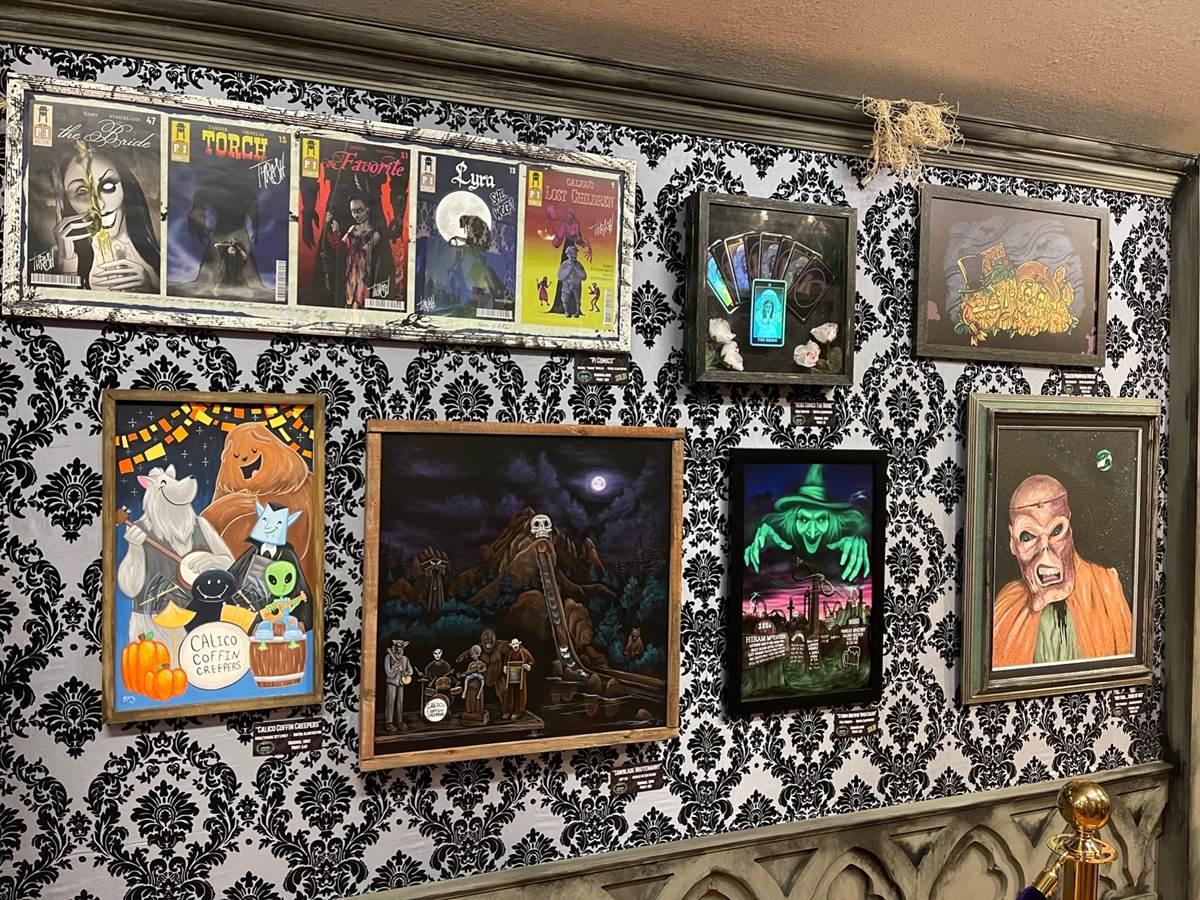 Being a longtime fan a lot of this art harkens back to Haunts of the past so it was really fun to get a look at these pieces, plus just to see how talented some fans are is always a treat. Now part of Into The Fog, of course, is the merchandise, which I am still in shock at how I came out without buying anything. 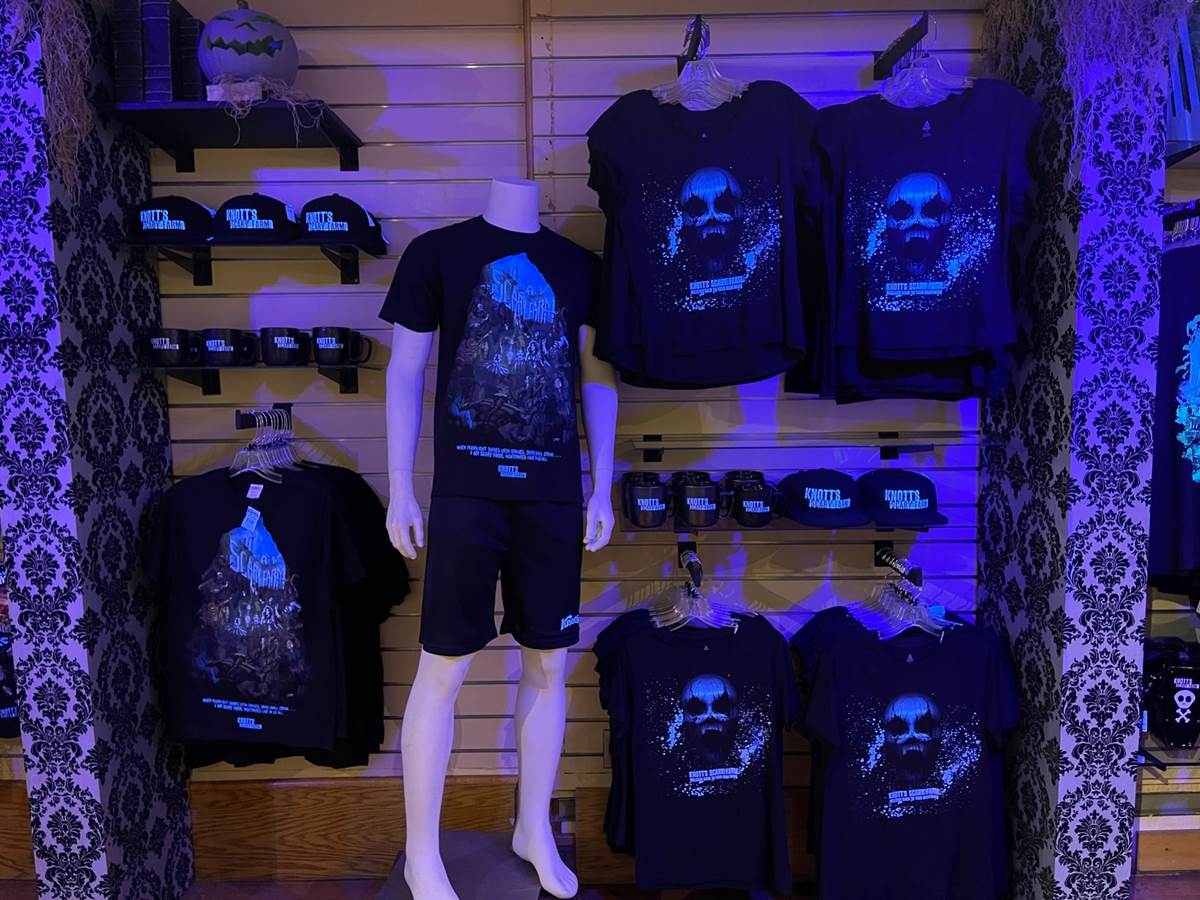 It wouldn’t be an event without some great food and BOY HOWDY did they have some great food! I have been attending Scary Farm for more years than I wish to share and for me it used to be to get some boysenberry juice and a funnel cake and that was it but that thought process has changed. I was given a Scary Farm Food Tour from Laura Brubaker, Vice President of Food and Beverage, and was in shock of all the offerings the park has for this season.

The nice thing was the good folks at Knott’s also let us try many of the selections, now I didn’t try the frogs legs (yes they are real) I did sample many of the other options and have to say the Petrified Pizza Burger was something I never knew I needed in my life! 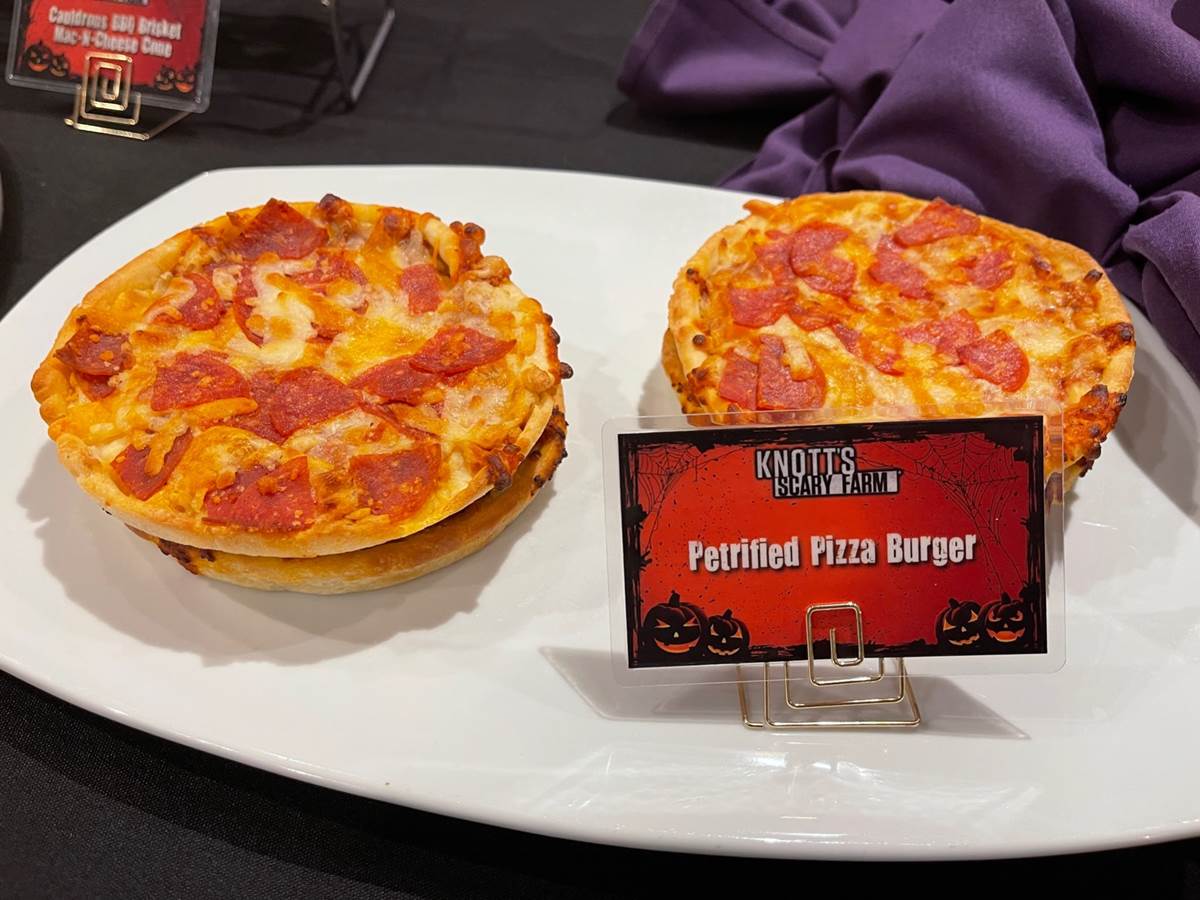 Sure the food was amazing and the art exhibit was really cool, the true highlight of my night was a chance to talk with Eric Nix, Knott’s Scary Farm Producer. Eric, like myself, has been coming to Scary Farm for most of his life and the passion he has for the event really came through. While I only had a few minutes with him on camera, after I got to spend some time with him talking about how this event really started the themed Halloween events and without Scary Farm the fall season wouldn’t nearly be as fun as it is now.

Knott’s Scary Farm takes place on select nights Sept. 16  through Halloween so get your tickets now and I will see you in the fog!