Hello and welcome to the third installment of Laughing Place’s regular recap of the science-fiction drama series Y: The Last Man, which premiered this past Monday via FX on Hulu. 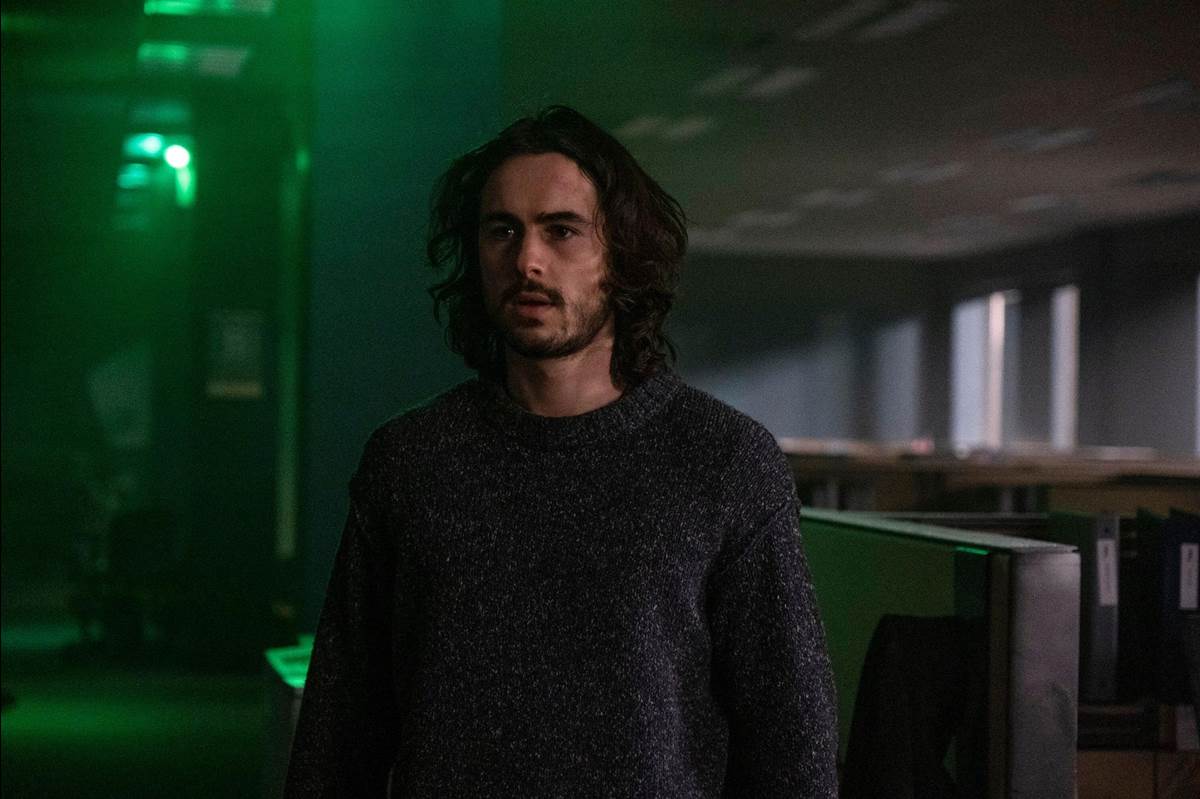 The show’s third episode, entitled “Neil,” begins with Nora Brady making her way through Washington, D.C. with her daughter as they return to the house they’re staying in after being rejected from entry into the Pentagon. Nora talks with three other women who are staying in this home, and reports that she wasn’t able to gain access to any help. The women say they were not able to find any more food for them, and that they will run out of water when the snow melts. They tell Nora that she and her daughter are no longer welcome in their group due to a shortage of supplies and space. Inside the Pentagon, Agent 355 holds the two pilots who helped transport Yorick from New York. They talk about how crazy it is that the president’s son survived the cataclysm, considering how many people are spouting conspiracy theories. Agent 355 says they are going to keep Yorick’s survival a secret.

Y wakes up in bed after sleeping next to his mother, and finds that Ampersand has escaped from his cage. He opens the door and spots the monkey scampering through the hallway. He tries to beckon it to return to the room, to no avail. The ex-First Lady is watching M*A*S*H on TV and notices shadows in the hallway, so she follows Yorick and Ampersand. In the holding room, the pilots start to freak out and demand answers from Agent 355 until she gets up to respond to a call. “The president needs me with her, and she needs you to sit tight.” President Brown tells Sarah that Yorick left the room, and we see Y stopping in front of a giant collage of everyone who was lost in the cataclysm, including a photo of himself. He goes into a room full of corpses and finds Ampersand, but is confronted by Marla, when President Brown and Agent 355 show up and try to convince her she is delusional. Sarah looks around the room  and spots Yorick hiding under a desk, but tells President Brown and Marla that there’s nobody there. Brown tells Marla that she’s seeing things too. In their room, Yorick asks how many men they’ve found. “Plenty. None with a Y chromosome.” Yorick tells his mother about how he couldn’t find his sister Hero. Jennifer tells Y that his father’s body was found at the hotel where he was staying. Y says Beth could still be alive, even though there was a subway crash near their apartment when everything happened. Sarah says they need to talk about the pilots and warns they may have a “Russia situation” on their hands. “What happened in Russia?” asks Yorick. At Nora’s temporary home, her daughter asks why the others have left. “I told them to go ahead. We’re faster without them.” Nora breaks a pot in frustration, then we cut back to Yorick eating spaghetti in the Pentagon. Sarah tells Y about Russia pretending that a group of male politicians survived and were found to be lying. “So my mom won the apocalypse.” They talk about the line of succession and why Jennifer Brown wound up being president. Yorick asks why the dead bodies haven’t been cleared out of the building. “Your mother is prioritizing the living.” Yorick says he was named after Hamlet because his dad taught Shakespeare. In the command center, President Brown gives orders to her subordinates and answers more questions from Kimberly Cunningham. Yorick throws up from eating too much spaghetti, and Brown returns to the room to say they need to find a geneticist in order to figure out how Yorick and Ampersand survived. Sarah says they need to keep Y a secret. “The fewer people who know about him, the better. He’s the most valuable asset we have, and he needs to be protected.”

In a medical tent, a woman wakes up and demands to know where she is. “Tel Aviv,” says the doctor. The woman remembers she was at a summit, and the doctor named Alma explains what happened to Regina. “There’s been an event the world over. The men are dead.” “If that’s true, then I am the President of the United States.” We cut back to the Pentagon, where Agent 355 looks through records to find a geneticist. She begins retrieving folders when Kimberly approaches and asks if there has been a breakthrough. Sarah introduces herself and says it was her first day as a Secret Service agent when the incident occured. Kimberly tries to endear herself to Sarah, then goes to a friend and complains that President Brown is sidelining the former president’s family. “The voters chose us.” The woman says she is a homemaker and doesn’t feel that she deserves a place at the table. Kimberly responds that she just wants to know that she can count on her “when the time comes.” 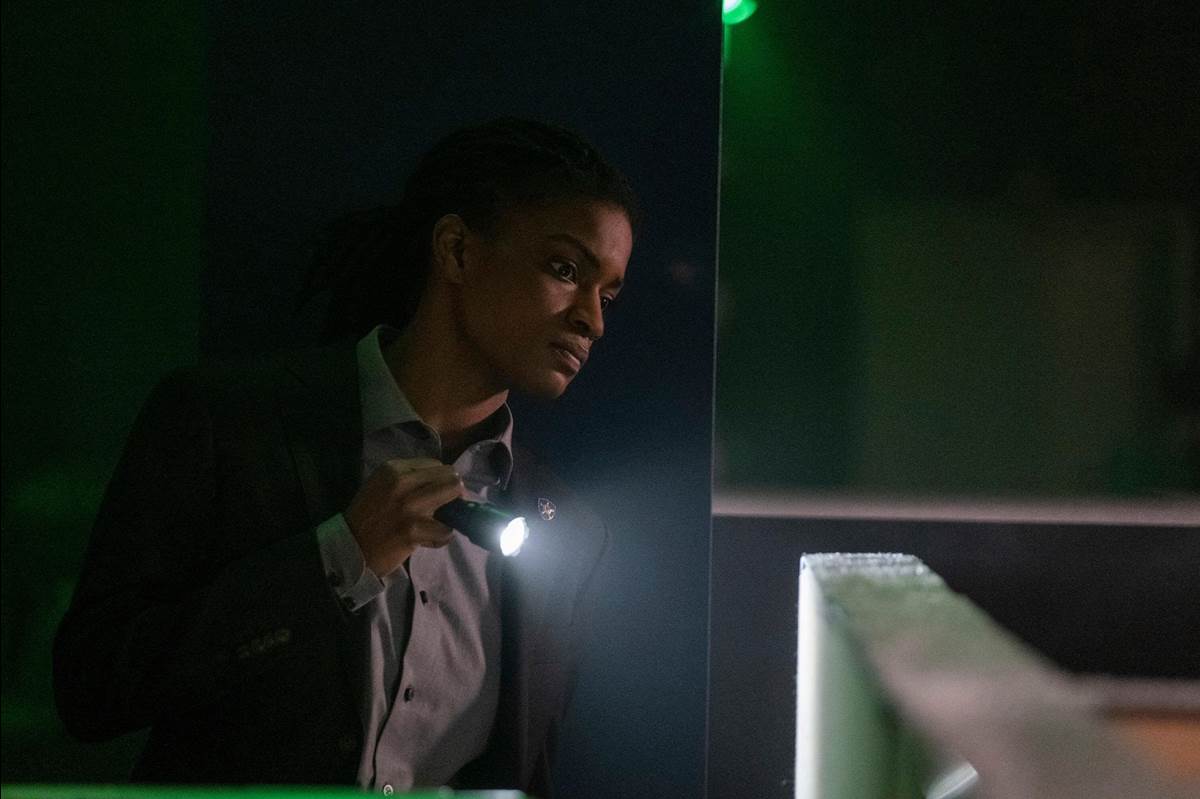 Nora arrives back at her real home with her daughter and starts sifting through her belongings  to find toys left behind by her now-deceased son, including a Teenage Mutant Ninja Turtle that she fixes. The daughter finds the bodies of her siblings and father outside and chases off some crows that are trying to eat the corpses. She trips and falls and cuts herself on the tool she was carrying, and her mother rushes outside to ask if she’d gotten a shot the last time she was at camp. The daughter doesn’t want to leave the bodies behind. At the Pentagon, President Brown says they’re going to figure out how Yorick survived by finding a Dr. Alison Mann. Agent 355 says Mann was flagged for accepting money from the Saudis, but otherwise she’s the perfect candidate. “She’s an independent thinker.” Brown sends her aide and Sarah out into the hallway and asks Yorick what he wants to do. “I know I should say I will do whatever it takes to help save the world, but honestly I just want to find Beth.” Y says he’s worried his brain could explode at any minute, but he will help if his mother helps to track down his girlfriend. He says he’s just a guy and he’s not cut out for being a savior. “There has got to be someone else who survived– someone better. I just want my life back.”

Brown is called back out into the briefing room for an emergency, and Kimberly is told that Regina Oliver has been found alive in Israel. President Brown says this is an immediate Constitutional Crisis. One of the other woman calls Oliver “a complete fringe lunatic” and they argue about how to proceed. “If we’re a united front, she’ll fall in line, but she can’t be president.” In the hallway, Kimberly Cunningham confronts Brown about the line of succession. “We’ll handle the situation, once we fully understand what the situation is,” Brown tells Kimberly. Agent 355 tells Brown all eyes are on her, and that she’ll deal with the pilots and get Yorick out of the building even though he is against it. “Somewhere inside of him is the answer to how we fix this,” Sarah tells the pilots before she gives them medals. She informs them of the mission to bring Yorick to Harvard where the scientist is. “There has never been a more important mission, and the President of the United States wants you to fly it.” 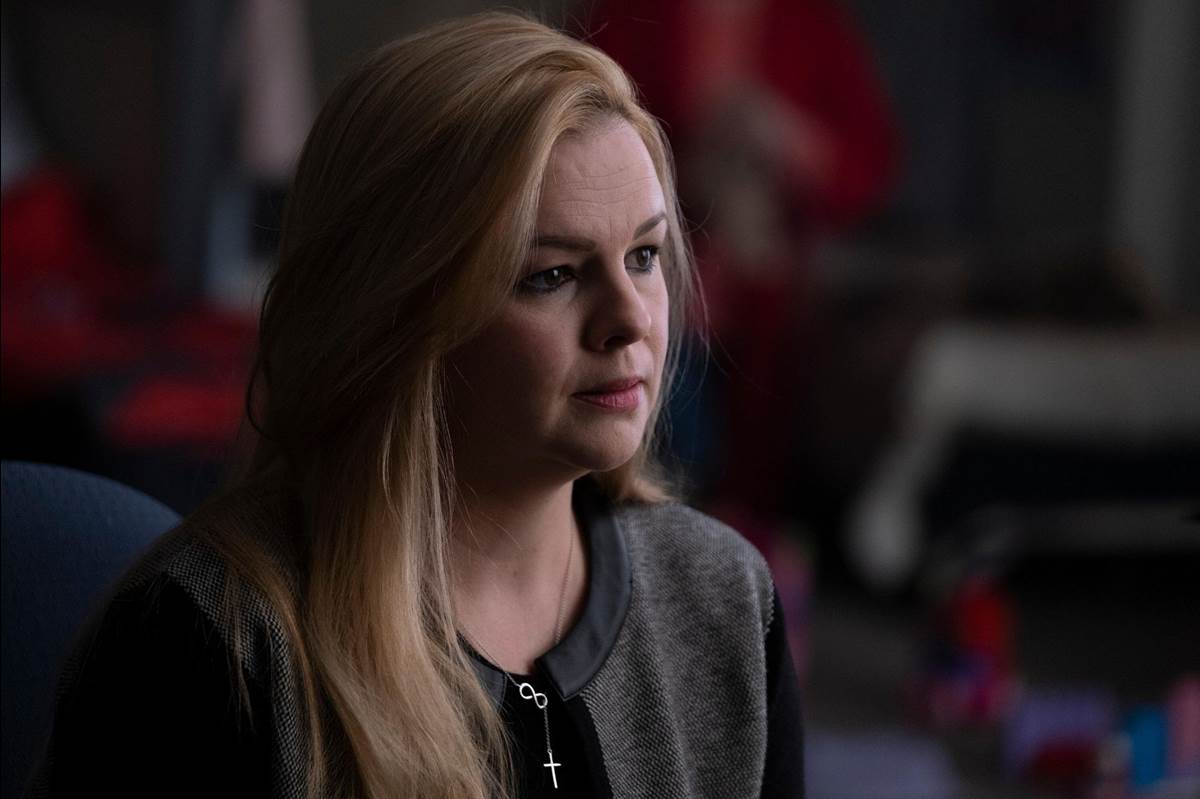 Yorick and his mother argue about how trustworthy Agent 355 is, and Y tells the president that he hates the picture of him he saw in the collage. They hug and Jennifer says, “You can do this.” Brown’s aide returns to take her away, and she says goodbye to Yorick, telling Sarah to “stay dark until you get to Boston.” “I’ll take care of him. I’ll keep him safe,” Agent 355 tells the president. In her backyard, Nora digs holes to bury the bodies of her husband and children who died in the cataclysm. Suddenly a giant vulture swoops down and lands on the fence beside her, so she leaves the bodies and goes out to the driveway and pulls out in her car with her daughter. They turn on the radio and Dolly Parton’s cover of Neil Young’s “After the Gold Rush” plays. The daughter is surprised to hear any kind of music, considering the power has been out for months.

At the Pentagon, Agent 355 reveals that she plans to get Yorick out by hiding him in a body bag. “The people at the gate think your mom is hiding something. If you’re found, what do you think they’ll do to her?” She wheels him out in a pile of bodies on a giant cart and the two pilots help them escape in a jeep. Inside the building, President Brown makes a call to get a power plant up and running. The person on the other end of the line says she is unable to do it, and Brown asks her what her sons’ names were. She connects with her by relating to her as a mother, and says she’s always wanted to have the power to help people, but she needs people like her to make it possible. “Okay,” replies the woman after a long silence. They send a team to escort Ms. Jacobs to the power plant. Later, Brown stares solemnly at the collage in the hallway when Kimberly approaches and startles her. She apologizes for ambushing her and then starts going through some of the photos of people who died on the wall. “The pride these women feel for their men, it inspires me.” Kimberly holds the president’s hand as they connect for the first time. “Grief is so funny.” She says her mother saw Yorick wandering the halls earlier. “It’s so strange to me.”

In a helicopter flying to Boston, Yorick and Agent 355 follow a second chopper that suddenly explodes in mid-air and crashes to the ground. Sarah says they need to keep going, and Yorick just looks on in shock. 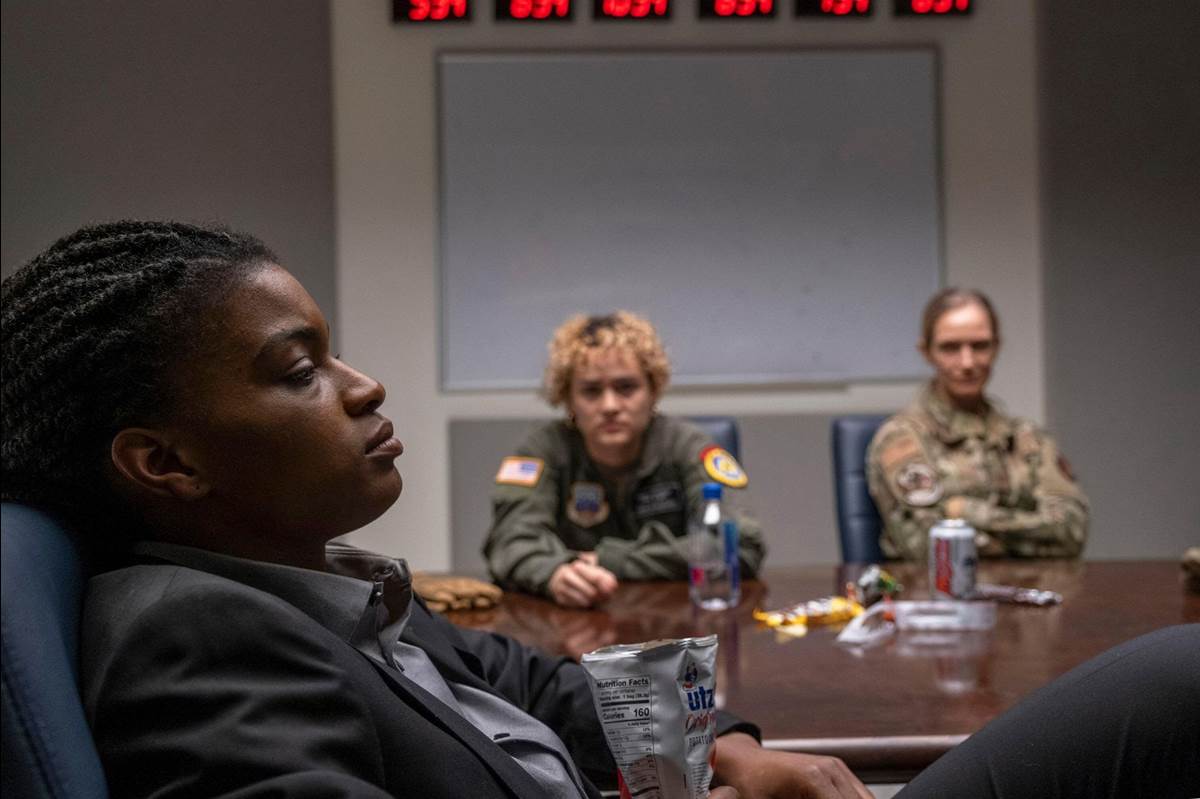