This week’s penultimate episode of Nine Perfect Strangers “Wheels on the Bus” shows how far off track the treatment is getting at Tranquillum.

Masha (Nicole Kidman) is having a private moment in the woods with her past. From the greenery of the present day, Masha remembers back to Russia watching her daughter ride a bike and living through the heartbreak of watching her child be struck by a car. Ripped from her memory, Masha is attacked by Carmel (Regina Hall). Poor Carmel is not doing well with the increased dosage of drugs, and has a hallucination that Masha is her husband’s new wife. The brutal beating is only stopped when Yao (Manny Jacinto) intervenes.

Sedated and restrained, Masha must regain control because today is the day that she induces a long, strange trip on drugs for Napoleon, Heather, and Zoe Marconi. (Michael Shannon, Asher Keddie, Grace Van Patten) Zoe is firmly against the idea while Heather and Napoleon need to see Zach (Hal Cumpston) one more time. Convinced that it’s wrong, Zoe even tells her parents that they need help. (Isn’t that what they came to Tranquillum for Zoe?)

Francis (Melissa McCarthy) is having some serious side effects from all the drugs. Though she is no longer hallucinating her boyfriend, Francis is having moments where she sees herself but without a head. Meeting with Tony (Bobby Cannavale), she confesses the insecurity she’s feeling only to be confronted with something more disruptive. Tony asks her to leave with him.

Lars (Luke Evans) is starting to come out of his shell. The reporter inside him wants to know what’s going on, and after talking to Masha, he asks about the death of a former client at Tranquillum. While the guru tries to fault a pre-existing condition for the fatality, Lars tells her that the wife of the deceased blames her.

Masha is mixing the Marconis’ cocktail of drugs when Zoe informs her that Francis is sitting on the edge of the cliff and might jump. Delayed countless times, Masha heads off to Francis where they talk about what’s really bothering her. The novelist is worried that Tony isn’t really interested in her. The loving things that he tells her has Francis wondering if it’s the real Tony talking or the drugs.

Francis talks about her childhood and how her dad died young. She also describes another hallucination that she has seen often. Francis sees herself as a younger girl. Proud of that young fearless kid, Francis confesses that she thinks her father would be ashamed of her for what she became. This moment of self-doubt triggers some truth from Masha, as she recounts how her daughter was hit and killed by a car. Slowly, Francis comes back with Masha to the lodge.

Zoe is doubtful about the drug experiment, but while talking with Lars, the concerned reporter encourages her to go through with the idea. Before she can protest or object in any real manner to Lars’ encouragement, Masha comes into the scene and steals her away.

A plan is set for the other guests. Masha will take over the Marconi family’s treatment, while Yao and Delilah (Tiffany Boone) supervise the other guests as their dosages are slowly tapered off. Delilah protests saying that the Marconi’s are already at too high of a dosage beyond what is safe. But Masha won’t hear any of it and carries on. Delilah is furious with her boss, and plans to leave, even if Yao won’t go with her.

Francis ends any relationship she had with Tony because she’s not sure what’s more frightening, the relationship working or Tony hurting her. While everyone seems to be having their worst day at Tranquillum, Ben (Melvin Gregg) and Jessica (Samara Weaving) are the only ones having fun, as they plan to renew their vows.

Trying to make her escape, Delilah is stopped at the closed entry gates. Masha tries to convince her to stay, but Delilah crashes through the fence and makes her way out of Tranquillum. No matter what, the Marconi’s treatment continues. Masha assures them that it is safe and offers to get drugged with them and act as a guide for the family, while Yao supervises everything else.

Drugged and waiting for the hallucinations to begin, Masha meets with Carmel. Apologizing for her attack, Carmel also wants to leave. Trying to convince her to stay, Masha is horrified to see the face of her shooter on Carmel. (It looks like the hallucinations have already started.)

Wow! This episode never stopped moving. So much happened in under an hour, and Melissa McCarthy steals the show as we get more depth and layers to Francis. The way McCarthy dominates the scene as she describes wanting to go back in time because she is disappointed in what she has become is gut wrenching. McCarthy is in serious contention for multiple awards for her work.

Everything is falling apart at Tranquillum, and how they plan to wrap up the show in the final episode next week is going to be intense. 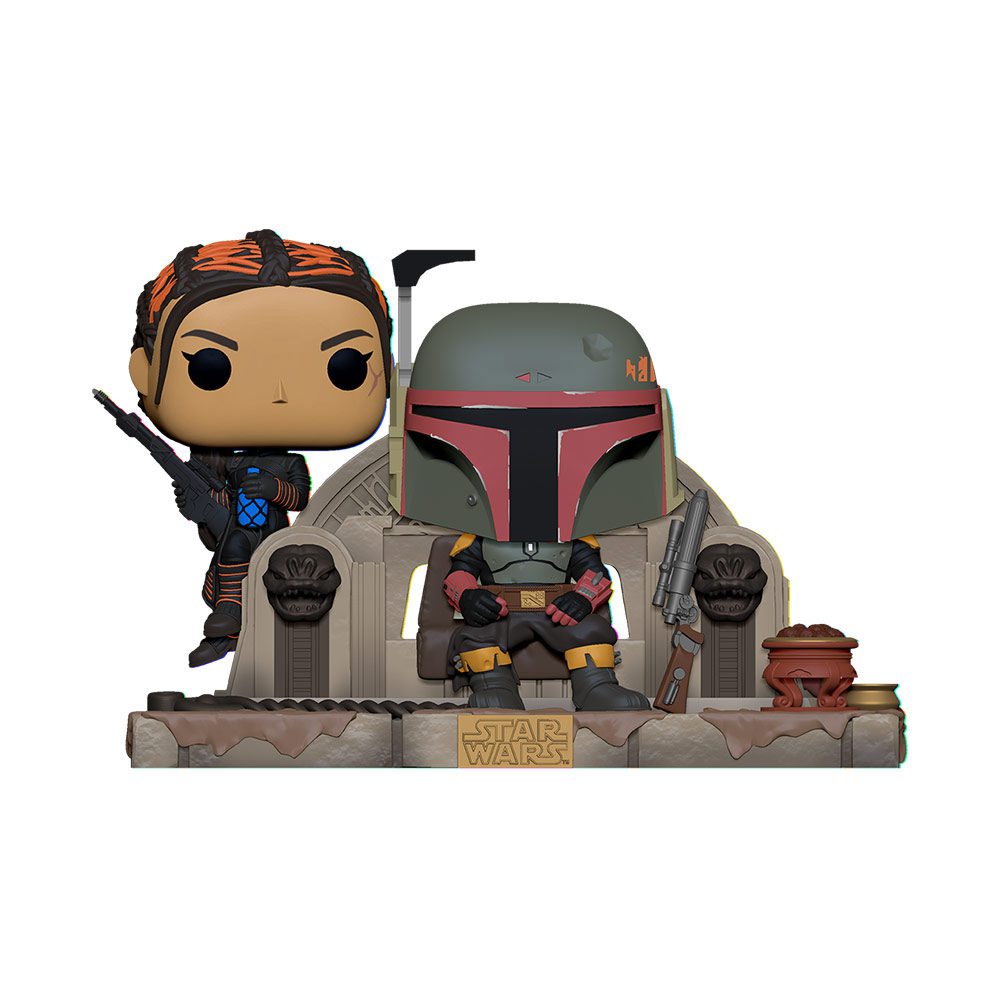