Your movie collection is about to become a lot more fashionable with the Blu-Ray and 4K Ultra-HD release of Disney’s Cruella on September 21st. To celebrate the home video release, I had the pleasure of speaking with director Craig Gillespie about the success of the film, why celebrities like Britney Spears are so taken with it, and how Wink is doing following his breakout role. A video of the entire interview can be found at the bottom of this post. 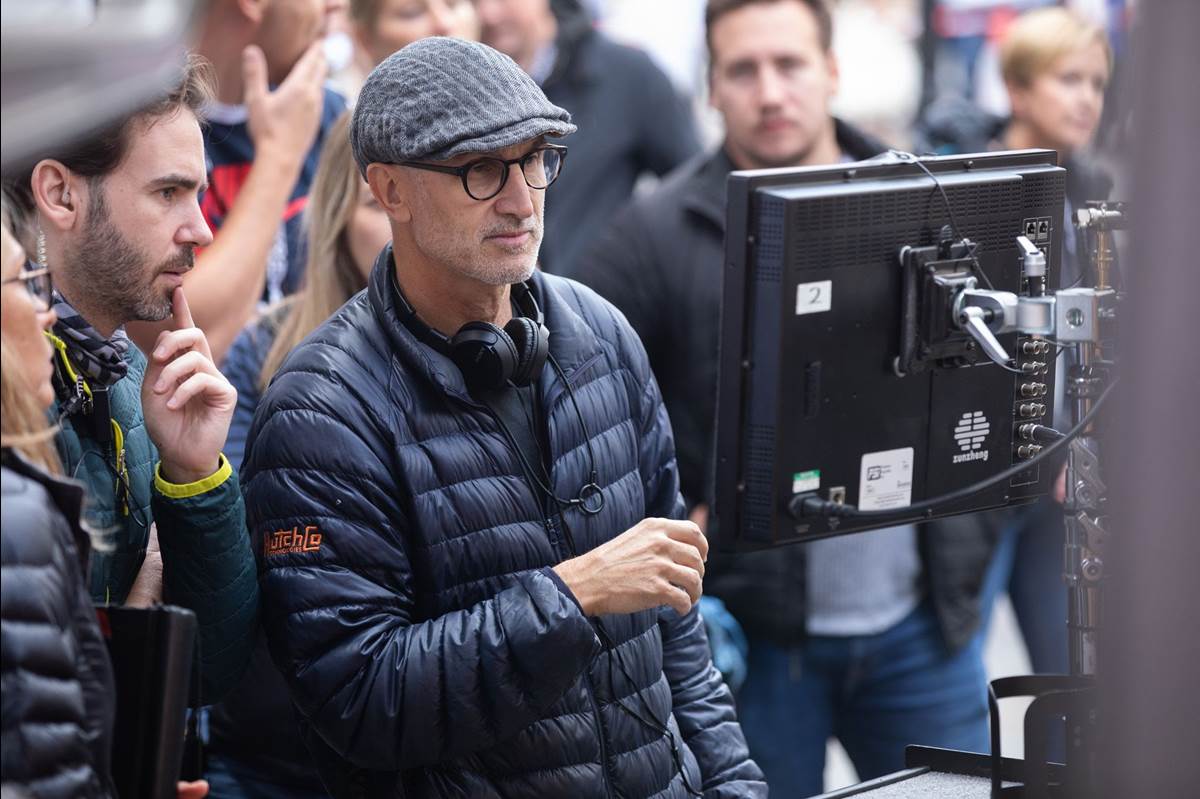 Alex: Congratulations on the success of Cruella. As the director, what has been the most rewarding part of this whole experience? Cruella has become so beloved and embraced by fans.

Craig: That's been incredibly gratifying and I love that it's connected with people. It’s like you live in a vacuum a little bit and you go with your instincts as you're making it and you hope that that will reach a larger audience. To see it happen has been amazing. It's funny, I had my six-year-old niece come over last month and she was absolutely so excited about Cruella and her friend had videotaped… she dressed up as Cruella and videotaped a bunch of questions that she wanted to ask me.

Alex: That's adorable! There have also been a lot of celebrities and pop culture icons commenting on Cruella. Britney Spears recently confessed on Instagram that she's watched it three or four times a week. What do you think it is about this story that is causing so many people to fall in love with a character who has, for all of her eternity, been mostly despised?

Craig: I think it's a credit to Disney. When we were really trying to figure out the theme of this and what it was, this is a story about a young girl that has this incredible talent that has been suppressed, and partly because of where she was in the 60s in London and coloring outside the lines. She's not embracing her true self and that's the struggle that she has throughout the film of what that true self is and, even if it goes against her upbringing or nurturing, that she's really got to lean into that eventually. And I think that resonates hopefully.

Alex: I know that's part of why I fell in love with. I have to ask, how is Wink and has he let the fame and success go to his head?

Craig: Wink got adopted by the trainer, he stole everybody’s heart. And Wink on the set, not to put the other dogs down, but Wink was the surprise and the stand out because nearly every… We’d turn around and be like, “Hey can you have Wink run back and forth, and when he gets sprayed play dead?” [The trainer was] like “Okay,” and he’d just do it and our whole crew would stand there dumbfounded… He stole everyone’s heart. There’s a scene where he’s growling at the bodyguards up on the second floor and I’m shooting, pushing in on him growling. And I turned around and everybody behind me is laughing and I thought maybe I’d missed a joke or something. I asked “What are you all laughing about?” And they’re like “Wink?”

Alex: No offense to the Emma’s, but Wink steals the show if he’s in the scene. Cruella is coming out September 21st on disc, on Blu-Ray and 4K Ultra-HD. That gives access to bonus features that fans won't find on Disney+. Did you have a hand in curating any of the supplemental features that fans can look forward to?

Craig: I think we have a couple of [deleted] scenes that were put on. It's amazing how much made it into the film, so there's maybe a couple of Baroness/Cruella scenes. That's what I know about right now.

Alex: I know I know from the list, they sent me that there’s a blooper reel.

Craig: Yeah, I saw the bloopers, that was great.

Alex: Are there any specific moments that you remember from the set that fans are going to go crazy over when they see the blooper reel?

Craig: I wish I had an answer for you there. I mean, there was such a great camaraderie on the set and there was a lot of… I try to keep this set loose and fun and particularly when you're dealing with, I mean, all of them, even Emma Thompson as The Barrenness, you'll see there's a lot of laughter on the bloopers. And Horace and Jasper and Emma. whenever they’re in a scene together, the amount of improvising going on and the banter is always really fun. So I’m sure there's stuff in there.

Disney’s Cruella can be yours to own on Blu-Ray and 4K Ultra-HD beginning Tuesday, September 21st. The film will be available in the following options: