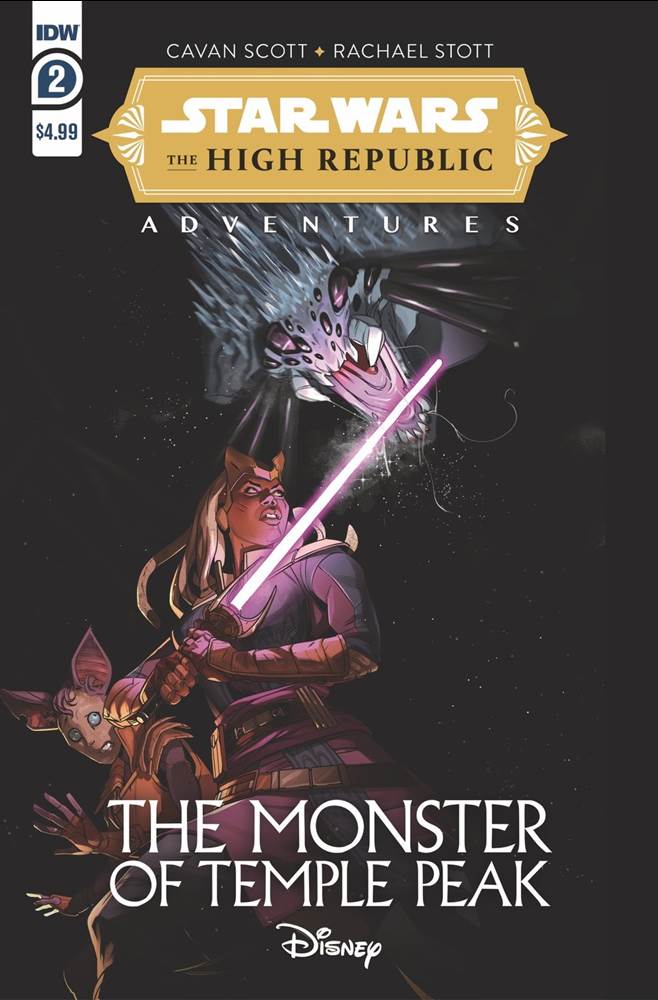 The sheer volume of Star Wars content that has been released this year is almost daunting, even if you only count the novels and comic books in Lucasfilm Publishing’s cross-platform initiative The High Republic.

That’s why when I picked up issue #2 of Star Wars: The High Republic Adventures – The Monster of Temple Peak from IDW, I was really hoping to get some kind of “previously on” opening-crawl-style text (as has become customary) to remind me what happened in the first issue that I read over a month ago, as I catch up on reviewing Star Wars comics I missed during a recent vacation. Sadly, this was not in the cards. Still, the lack of a recap synopsis is a very minor complaint, and I was pretty quickly able to figure out what was going on here without having to sift through my ever-growing pile of Star Wars stuff to find #1. The Monster of Temple Peak follows former Jedi Padawan (and current monster hunter) Ty Yorrick as she makes her way up a frozen mountainside in pursuit of a creature she’s been hired to track down. Along her path, she encounters another beast called a Rock Weaver, flashes back to her Jedi training as she learned how to bond with animals, and encounters a stowaway named Drewen who has a few too many questions about Yorrick’s past for her taste. Via remote communication with her trusty but persnickety droid, Ty must overcome her hesitance to take on a follower so she can make the best use of Drewen’s help after her mount runs away and she must fight off a surprise attack from another local. 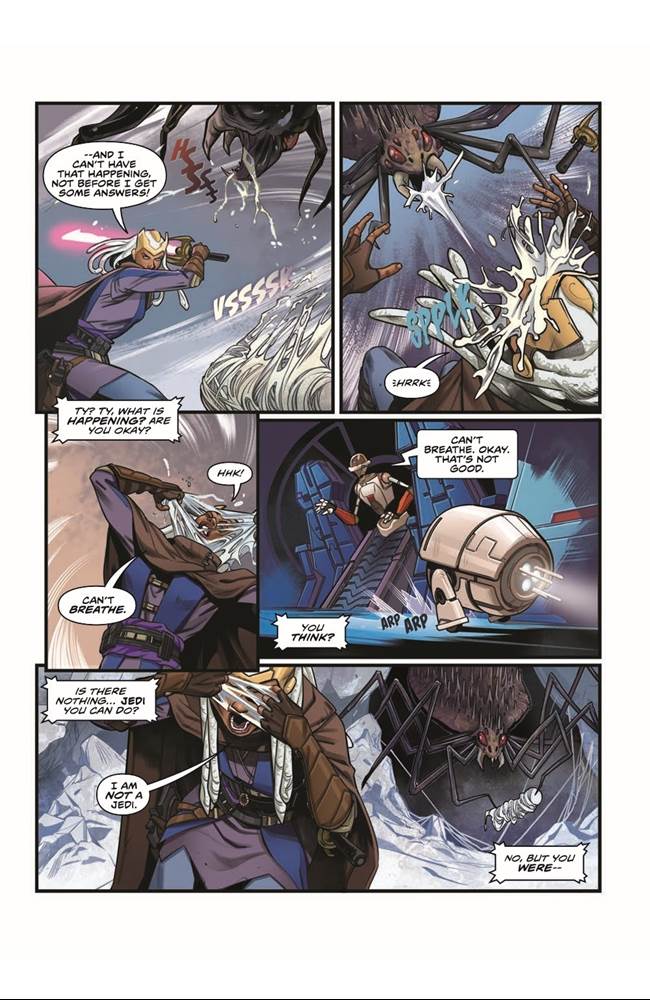 We also get another chapter in the story of just how and why exactly Yorrick left the Jedi Order, though I suspect we won’t get the full picture of that until all four issues of The Monster of Temple Peak have been released. Upon doing a little bit more research, I’m beginning to understand that part of my confusion is due to the fact that this title was originally intended to be published as a quadruple-length graphic novel instead of via serialized installments as we’re getting it now. Regardless, writer Cavan Scott is still at the top of his game here (as he is in Marvel’s main Star Wars: The High Republic comic), delivering plenty of intriguing plot threads that should keep readers following through to the end of this miniseries. And illustrator Rachael Stott is also doing a great job of generating the appropriate atmosphere for the story, as I can almost feel the chill of Loreth’s snowy landscapes as Ty and Drewen proceed further along in their perilous journey. Yorrick is an enigmatic character in an era intended to be the peak of the Jedi, and I’m looking forward to seeing how she fits into the bigger picture. Star Wars: The High Republic Adventures – The Monster of Temple Peak #2 is available now wherever comic books are sold.